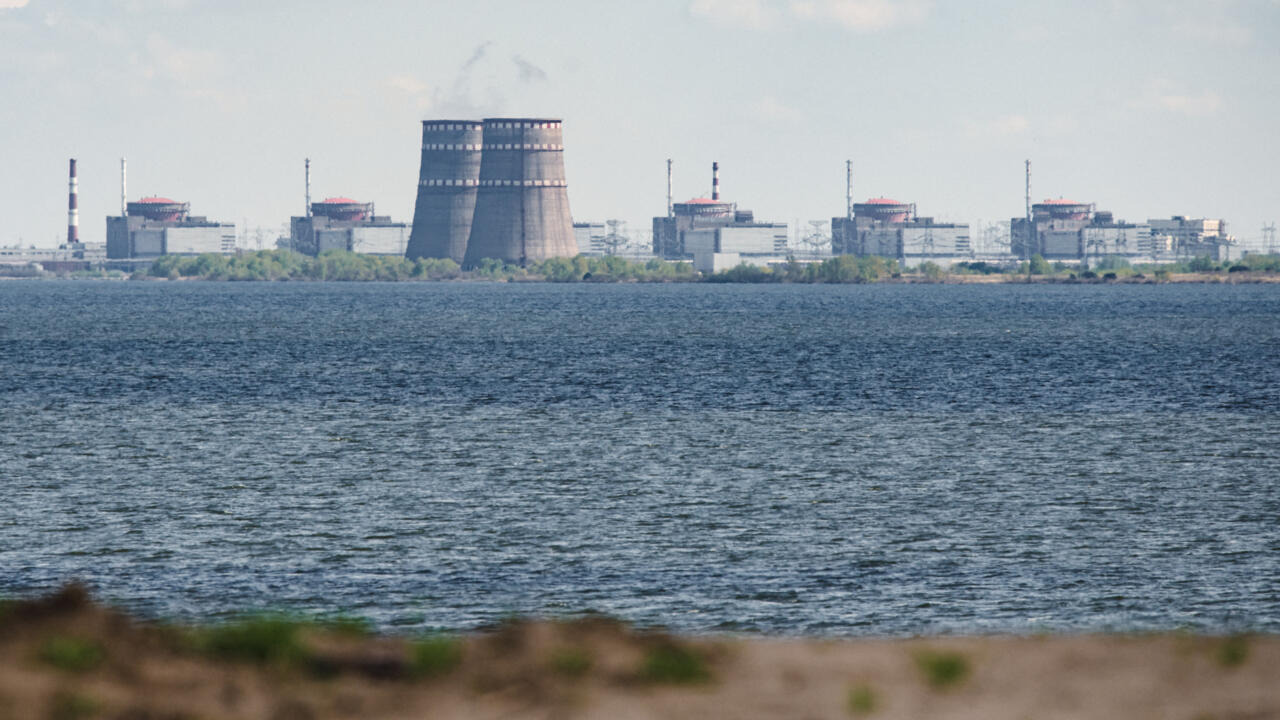 Ukrainian President Volodymyr Zelensky on Thursday criticized what he called an obstruction of independent media covering the UN visit to the Zaporizhzia nuclear power plant. Follow the FRANCE 24 liveblog for all the latest news. All times are in Paris time (GMT+2).

The exercises from September 1 to 7 are taking place at several training grounds in Russia’s Far East and in the waters off its eastern coast.

Two IAEA inspectors will stay permanently at the Zaporizhzhia nuclear power plant, the Russian ambassador to international institutions in Vienna, where the IAEA is based, told the RIA Novosti news agency.

The Zaporizhzhia nuclear power plant, the largest in Europe, has been under the control of Russian forces since March.

10:55 am: The IAEA mission can still play a role despite the Russian presence in Zaporizhzhia: Zelensky

The International Atomic Energy Agency’s (IAEA) mission at the Zaporizhzhia nuclear power plant could still be important despite the difficulties encountered due to the Russian presence at the site, Ukrainian President Volodymyr Zelensky has said.

“We have done everything to ensure that the IAEA has access to the Zaporizhzhia plant and I think this mission can still have a role to play,” Zelensky said in a video shown at the European House, Ambrosetti Forum meeting in northern Italy.

“Unfortunately, we haven’t heard the gist of the IAEA which is the call for Russia to demilitarize the station,” Zelensky added. “I hope the mission will respect what we have agreed and serve the interests of the entire international community.”

Ukrainian nuclear company Energoatom said it would be “difficult” for the IAEA to make an unbiased assessment of the situation at the Zaporizhzhia nuclear power plant due to Russian interference.

Energoatom also said the IAEA mission, which arrived at the power plant on Thursday, was not allowed to enter the plant’s crisis center, where Ukraine says Russia has stationed troops.

French industrial gases producer Air Liquide will complete its withdrawal from Russia this month after signing an agreement to transfer its Russian assets to local management, the company said.

The Norwegian energy company said on Friday it had completed its exit from Russia following Moscow’s invasion of Ukraine, fulfilling a promise made in February.

It is the first full and orderly exit from Russia by an international oil and gas company as pressure mounts on others, such as TotalEnergies and Exxon Mobil, to leave as well.

Equinor announced Feb. 28 that it would begin the process of divestment from joint ventures in Russia, describing its position as “untenable” due to the outbreak of war the previous week.

“Equinor can now confirm that the full release of Kharyaga [oilfield] has also been completed,” the company said in a statement. “After Kharyaga’s exit, Equinor no longer has any assets or projects in Russia.”

Heavy fighting persists in southern Ukraine, including shelling in the Enerhodar district near the Russian-occupied Zaporizhzhia nuclear power plant, according to the British Ministry of Defence.

On Thursday, September 1, Russia began its strategic military exercises in the east of the country, called “Vostok 2022” (East) exercises which will end on September 5.

“Russia’s military performance in Ukraine has highlighted that Russian military strategic exercises, such as Vostok, have failed to maintain the military’s ability to conduct large-scale complex operations,” the official said. Ministry of Defense in its daily update.

“Russia has publicly claimed that 50,000 troops will participate, however, it is unlikely that more than 15,000 people will be actively involved this year. This represents approximately 20% of the forces that participated in the last Vostok exercise in 2018,” said the daily briefing. . “Such events are heavily scripted, do not encourage initiative and are primarily aimed at impressing Russian leaders and international audiences,” he added.

Speaking in his evening speech, Ukrainian President Volodymyr Zelensky said he had agreed with the International Atomic Energy Agency (IAEA) mission that members of the independent media “would accompany the mission so that the world sees the truth and what is really happening”.

However, he said, Russia instead blocked access to journalists and “organized a crowd of their propagandists”.

IAEA chief Rafael Grossi spoke to reporters on his return to Ukrainian territory after leading a team of nuclear inspectors at Russia’s Zaporizhzhia plant in southeastern Ukraine.

Grossi said he was able to tour the entire site, seeing key areas such as emergency systems and control rooms. His team would now have a lot of work to do to complete their analysis of worrisome technical aspects.

“We’re not going anywhere. The IAEA is here now, it’s in the factory and it’s not moving – it’s going to stay there,” Grossi said, looking tired, after what he called a long day.

The IAEA chief said his team members would remain at the plant to provide an unbiased technical assessment of what is happening on the ground. They would dig deeper into the conditions and provide a report.

“It is obvious that the factory and the physical integrity of the factory have been repeatedly violated… This is something that cannot continue to happen,” he said.

A freighter carrying 3,000 tons of corn from Ukraine under a UN-brokered export deal ran aground in Turkey’s Bosphorus Strait, halting shipping through Istanbul, according to the office of the governor and a shipping company.

Istanbul’s governor’s office said the 173-metre ‘Lady Zehma’ was beached and safely anchored after a rudder failure around 1800 GMT. No one was injured and the coastguards were present, he added.

Earlier this week, the Joint Coordination Center – run by the United Nations, Ukraine, Russia and Turkey after a grain export deal was struck – said the Lady Zehma had been cleared to leave the Ukrainian port of Chornomorsk for Ravenna, Italy, with 3,000 tonnes of maize.