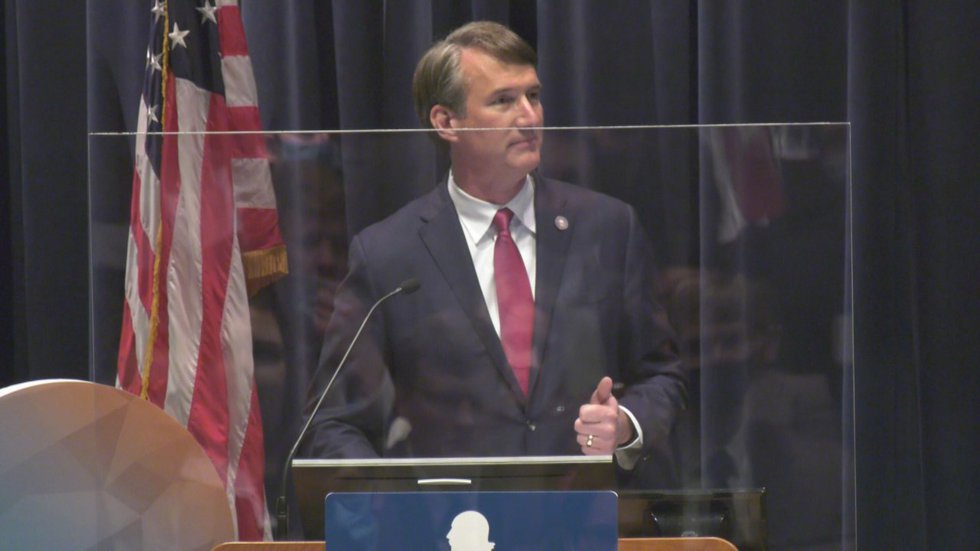 CHARLOTTESVILLE, Va. (WVIR) – Virginia Governor Glenn Youngkin was in Charlottesville Friday on the grounds of the University of Virginia.

He addressed students at the Federalist Society, a conservative law organization, and picked out words for some key institutions.

Youngkin made the UVA Law School tour one of his first stops in the Charlottesville area since taking the oath, and he’s used it as a chance to tout many of the same messages.

“I want to talk about federalism, individual rights and the rule of law,” Youngkin said.

Speaking at a symposium assessing the historic role of federalism in the United States, the governor repeatedly touted the Commonwealth’s rollback of mask mandates in schools.

He continued to do so during a one-on-one interview with NBC29.

“Go and work on the things that we think Virginians sent us here to do, and empowering parents to make decisions for their kids was high on the list,” Youngkin said.

Using the unmasking actions as a major accomplishment, Youngkin preached the importance of state government, while blasting Washington.

He said the ‘rhetoric of democracy’s imminent demise’ may be overstated, ‘but we have to admit that when you look at extremism and dysfunction in Washington these days, a reaction of discouragement, even alarm sometimes seems justified”.

As he delivered the speech on the grounds of one of Virginia’s largest universities, he also blamed the colleges.

“When they arrive, do the students find that these communities are open, welcoming to diverse ideas?” He asked. “Are they encouraged, equipped and empowered to think for themselves and express their opinions without fear? Or are they more often subject to a stifling conformism?

Youngkin went on to say that the greatest threat to democracy does not come from tyrants abroad like Putin, but rather from the canceling of culture in this country.

Do you have a story idea? Send us your topical advice here.