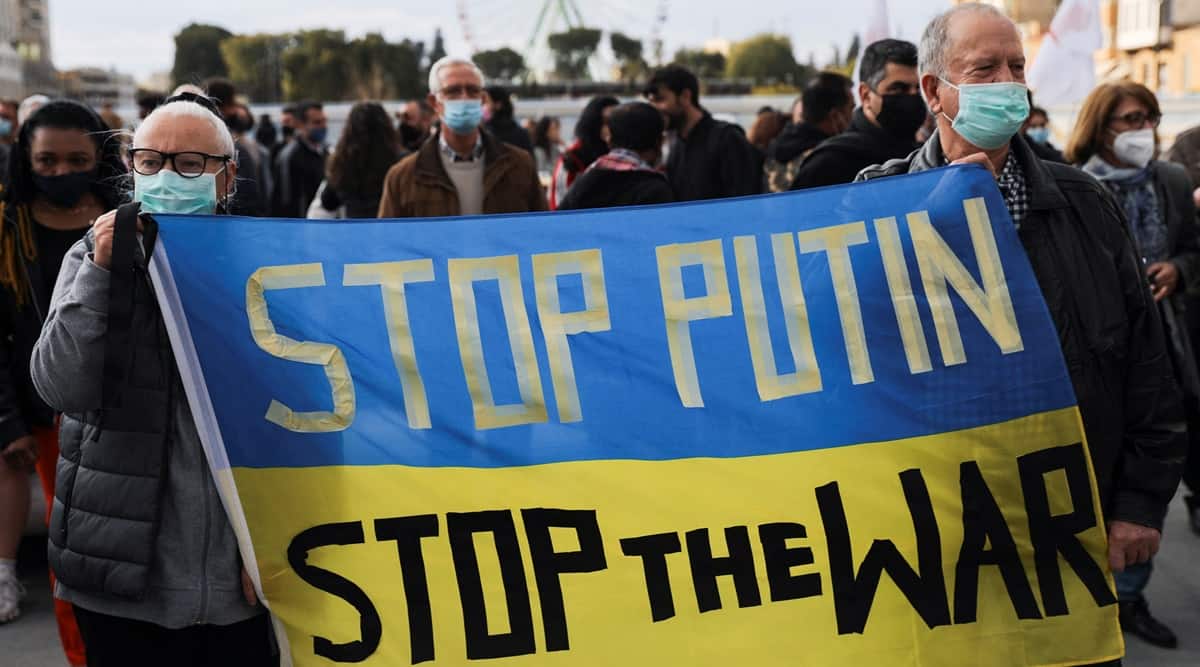 People attend an anti-war demonstration outside the Russian Embassy in Bogota, Colombia on Saturday. (Photo: Reuters)

As hundreds of Indian students are stranded in freezing temperatures on the Ukraine-Poland border, the government announced on Sunday that it had identified an alternative rail route between Uzhhorod, a city in western Ukraine, and Budapest, the Hungarian capital.

Acknowledging that the evacuation of Indians through the Polish border has become a “problem area” – with thousands of people, including Ukrainian citizens and other foreign nationals, having chosen this route to safety – the Foreign Minister Harsh Vardhan Shringla said: “It’s not an organized situation, it’s a conflict zone. Many of our people have been there for a long time and they are in a very difficult situation. We fully sympathize with them and we have worked around the clock to see what options we can offer.One of the options in case we can’t make much progress in Poland, we get off at Uzhhorod and from there every two hours there is a train that leaves for Budapest, Hungary … It is an option that we recommend to our people.

Europe and Canada close their airspace to Russian planes

Europe and Canada said they would close their airspace to Russian airlines after Russia invaded Ukraine, increasing pressure on the United States to do the same.

European Commission President Ursula von der Leyen said on Sunday that the European Union would close its airspace to aircraft owned, registered or controlled by Russians, “including the private jets of the oligarchs”.

Meanwhile, Canada’s Transport Minister Omar Alghabra said his country was closing its airspace to all Russian planes to hold the country responsible for an unprovoked attack on its neighbour.

The European Union action came after many of its member countries said they were banning Russian planes or planned to do so by Sunday evening.