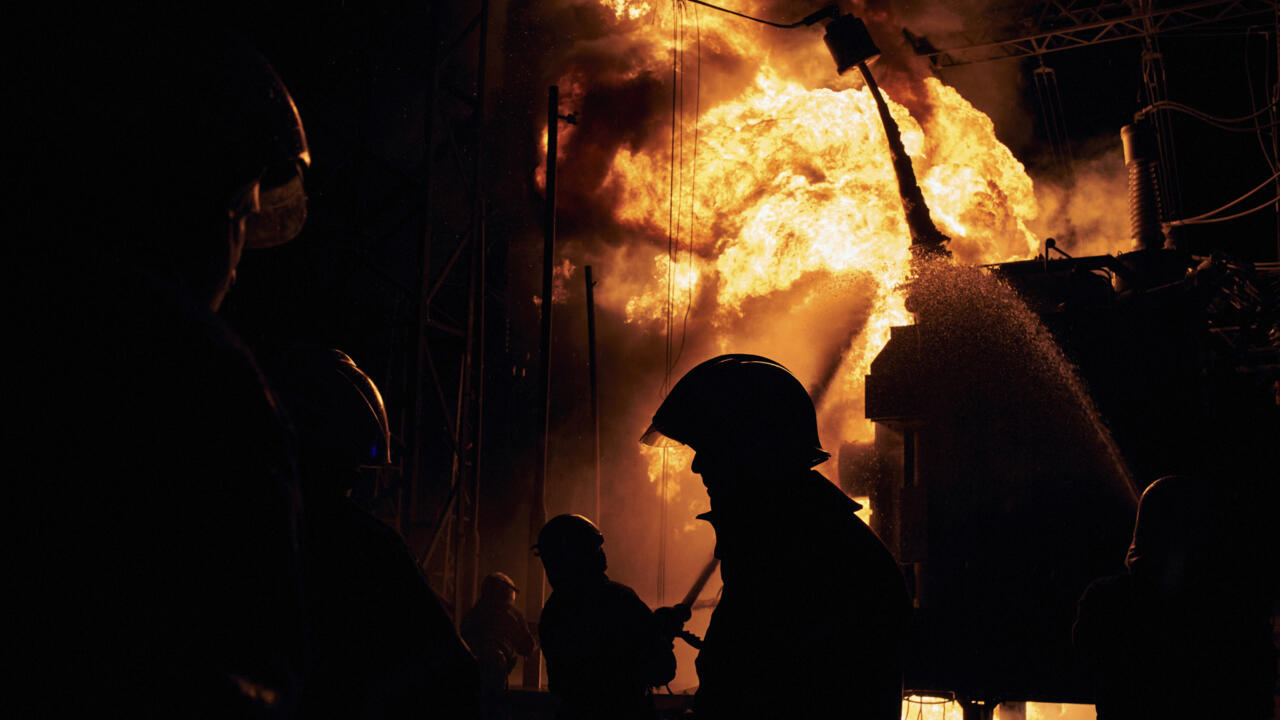 Ukraine has accused the Russian military of attacking civilian infrastructure in response to a swift weekend offensive by Ukrainian troops that forced Russia to abandon its main stronghold in the Kharkiv region. Read FRANCE 24’s live coverage of the day’s events. All times are in Paris time (GMT+2).

10:14 p.m .: Zelensky says the city of Izyum in eastern Ukraine is “liberated”

President Volodymyr Zelensky confirmed on Sunday that Ukrainian troops had recaptured the strategic eastern town of Izyum from Russian forces in a full-scale counteroffensive.

In an address to the nation marking 200 days since the start of the Russian invasion, Zelensky thanked the Ukrainian forces who had “liberated hundreds of our towns and villages…and more recently Balaklia, Izyum and Kupyansk”, in naming three important centers recently captured. by the Kyiv army.

9:06 p.m .: Ukrainian officials blame Russia for power cuts in the east of the country

Ukrainian authorities in the east of the country have accused the Russians of bombing strategic infrastructure, which led to power cuts in large parts of the country.

The governor of Kharkiv region in northeastern Ukraine said Russian strikes on “critical infrastructure” had cut off electricity and water supplies. His counterpart in the central eastern region of Dnipropetrovsk said Russian forces had “hit energy infrastructure” in retaliation for their “defeat on the battlefield”.

8:24 p.m .: Power drops in the northeastern region of Ukraine, according to the governor

Electricity levels plummeted in the Sumy region of northeastern Ukraine on Sunday, and the region’s governor urged residents to unplug electrical appliances.

“Electric voltage fell on the network across the region,” Dmytro Zhyvytsky wrote on the Telegram messaging app.

“I recommend disconnecting electrical devices as much as possible.”

In a telephone conversation with Vladimir Putin on Sunday, Emmanuel Macron stressed the need to ensure the security of the Zaporizhzhia nuclear power plant and asked Russian forces to remove their heavy and light weapons from the site, the Elysee said.

The French President “recalled that the Russian occupation was the source of the risks which today weigh on the integrity of the Zaporizhzhia power plant” and asked “that the recommendations of the IAEA be followed to ensure the safety of the site”, added the French presidency in a press release. .

Speaking by phone, the two leaders said they were ready for “non-politicized” talks on the issue with the participation of the UN’s International Atomic Energy Agency (IAEA), according to a statement on the Kremlin website.

Putin warned his French counterpart of the potential “catastrophic consequences” of what he said were Ukrainian attacks on the Zaporizhzhia nuclear power plant, Europe’s largest, which remains under Russian control.