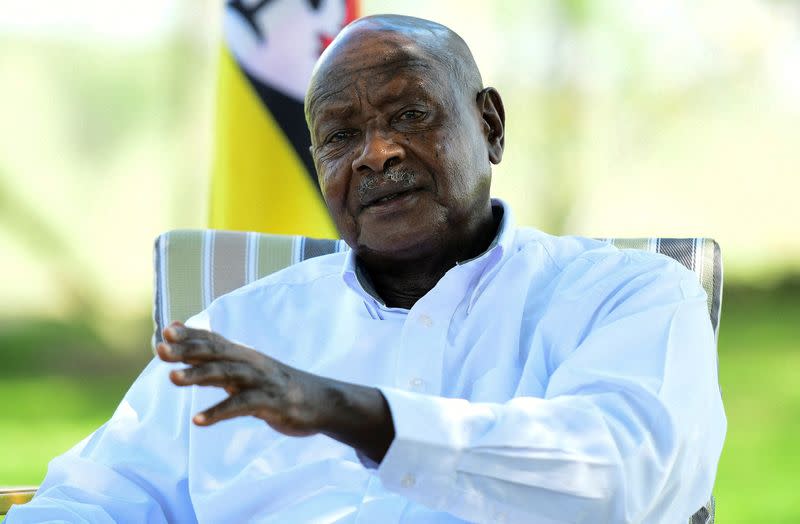 KAMPALA (Reuters) – Ugandan President Yoweri Museveni has signed into law a communications law to tackle hate speech, his office said on Thursday, but critics warn it could crush free speech and cripple e-commerce.

The Computer Misuse Amendment Act was introduced by a ruling party lawmaker and then passed through parliament last month amid criticism from rights activists and opposition politicians.

Penalties for breaking the law range from custodial sentences of up to ten years to large cash fines.

Museveni, 78, in power since 1986, has already repeatedly expressed his anger at Ugandans who share what he called lies about his government on social media.

Opponents of the law say it likely aims to victimize government critics and opponents who produce or share information on social media that could harm the political prospects of ruling party officials.

The law “poses a great danger to the right to access information electronically and to freedom of speech and expression on computer networks”, said Allan Bariyo, a Kampala-based computer law expert.

Unwanted Witness, a digital rights lobby group, also described the legislation as vague and overbroad, saying it will have the “effect of unduly restricting legitimate freedom of speech and expression”.

Blindly prohibiting the sending and sharing of unsolicited information, they also say, will potentially reduce internet usage and cripple e-commerce.