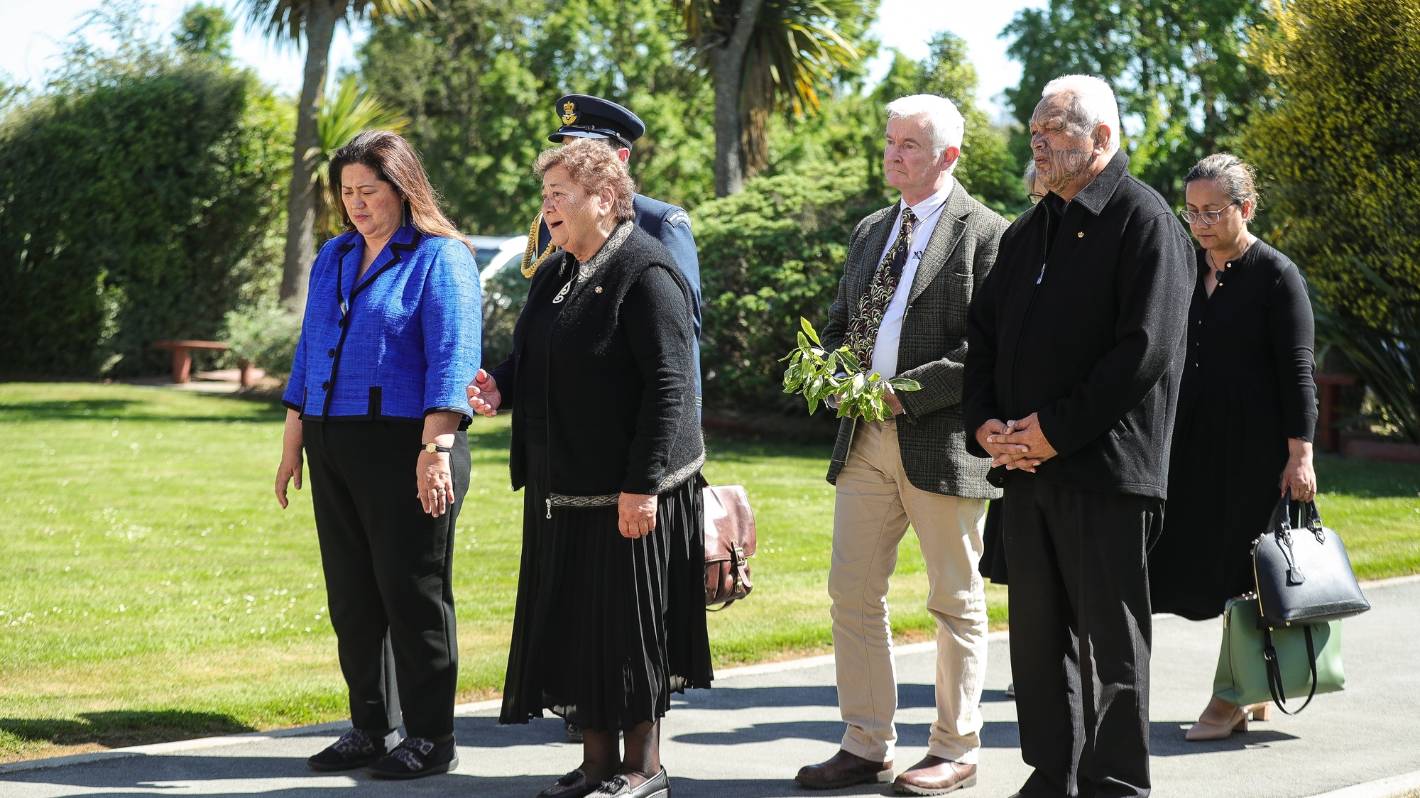 As part of his first visit to the region in the role she played in MayKiro demonstrated his ability with the poi, visited school children from the Arohenua Māori school and recently resettled Syrian families, and toured the Ōpihi taniwha rock art site with members of the Te Ana Ngāi Tahu Māori Rock Art Trust in the Totara Valley.

The visit was part of a series of regional visits Kiro plans to make to engage with parts of the county outside of the main centers and “to better understand recent community accomplishments and current challenges,” a statement said. Government House press release.

Subsequently, she was the guest of honor at the nearby Arowhenua Māori School – Te Kura Māori o Arohenua, where students performed waiata and kapa haka.

Kiro addressed the children, and it was here that she demonstrated her ability with poi, sang a waiata in response, and presented each of the children with a commemorative pin before planting a tree.

Bronwyn Te Koeti-James (Kāi Tahu) of the Arowhenua Māori tumuaki school (headmaster) said it was “quite a humbling experience”.

Kiro was “amazing” with students, who might not fully understand the significance of the occasion until they get older, Te Koeti-James said.

Kiro was shown around parts of the redevelopment schoolwhich had its official reopening just a few months ago, emphasizing the cultural connection to the land, history and natural environment embedded in the design, architecture and interiors of the building.

The school, which celebrated its 125th anniversary in 2020has approximately 38 children in grades one through eight.

Some families had four or five generations of ties to the school, Te Koeti-James said.

Liz McMillan’s mokopuna, 8-year-old Mahana McMillan, was one of Arowhenua’s students who performed for the Governor General’s Band.

She said it was fantastic to be in the newly reopened school building to welcome official visitors.

Mahana represents the fourth generation of her family to attend the Arowhenua Māori school, she said.

A reception with community and civic leaders was held Wednesday evening at Timaru District Council.

The next morning the group visited the rock art site of Ōpihi taniwha with Te Ana Ngāi Tahu Māori Rock Art Trust in the Totara Valley.

“You can really see that there is something that connects you to something very old, very old and very deep in this space. We have all been touched by the meaning of history.

She said the concentration of sites in the area was a huge boon for the region.

“Apparently Canterbury has 450 out of 750 rock art sites, so you have over half of the National Maori Rock Art Treasures, it’s truly staggering.”

On Thursday afternoon, Kiro spoke to a group of former refugee families, as well as staff and volunteers from Presbyterian Support and English Language Partners.

She paid tribute to refugee families and welcomed them on behalf of all New Zealanders.

Bothina Wali presented Kiro with flowers from her garden and a small hand-crocheted ornament, prompting the Governor-General to return the gesture, presenting Wali with a small jar of honey from Government House bees and an envelope of seeds from the garden.

Hussein Al Haroun, who has been in Timaru for four months, said his meeting with the governor-general was “perfect” and described his gratitude to the “lovely people” in the area.

When he arrived in New Zealand he spoke no English at all and he thanked the volunteers who had helped him learn what he described as “enough to connect”, but added that the trend fast-talking New Zealander always baffled him.

Presbyterian Support’s help had been vital in her family’s move to the area and helped the families with “everything we needed”.

PSSC Chief Executive Carolyn Cooper said it was nice that the Governor General came to meet the former refugee families, some of whom had only been in South Canterbury for a short time.

She said the Governor General had contacted them to organize the small reception, which the Syrian families had “very much appreciated” in what was “a very special moment”.

Kiro, who is of Ngāpuhi, Ngāti Hine, Ngāti Kahu and British descent, was appointed in September 2021. She is the 22nd Governor General – and the first Māori wāhine – to hold the post.

Talk to The Herald TimaruKiro said she didn’t feel conflicted between this identity and her position as a representative of the crown.

“Am I struggling with this internally? Not really, I came to terms with that a long time ago, and I’m confident enough to walk in both worlds, and I feel happy about it — I just wish everyone could have that.”

But she acknowledged the tension in the relationship between tangata whenua and the British crown.

“I’m sure there are times when it will feel that way, and given the country’s history, it’s not always an easy relationship to manage, but it is a reality.

“One of the things I’ve said is that we’re strengthened by the honest assessment of our past and our willingness to be together in the future, and I think that’s one hopeful things for this country.”

She credited Timaru for providing a safe place for refugee families.

“It’s such a simple thing, but it’s so deeply important. Timaru offers that hope to these families.”