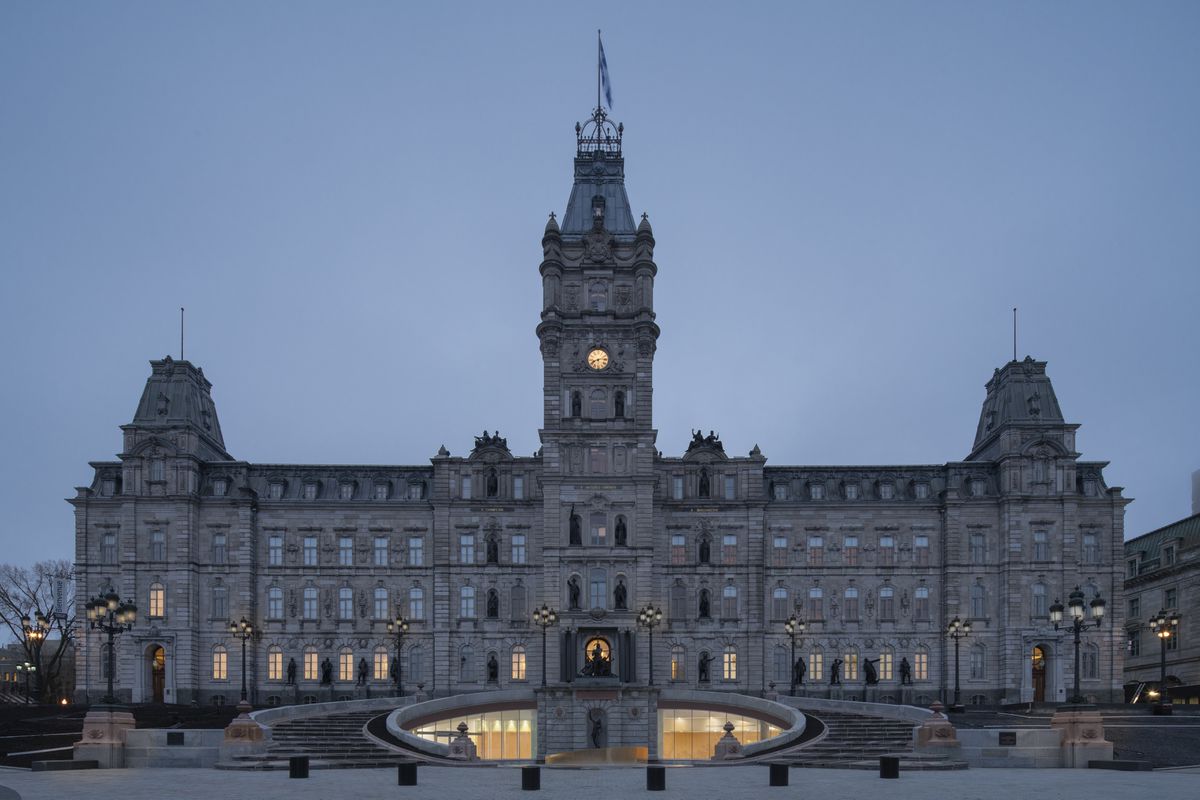 This place is public, and its architecture by the firm RDH demonstrates how a contemporary building can make room for everyone. Now the building is one of these the 12 winners of the year of the Governor General’s Medals in Architecture, which the Royal Architectural Institute of Canada announced on Monday. These awards, given out every two years, are the most prestigious awards for buildings in the country.

This year’s harvest provides a good summary of the state of architecture in Canada. But if it knows moments of excellence, the public sector does not lead the way.

Of the dozen winners this year, only five are truly public buildings. These include Cambridge Library, called Idea Exchange; the bright new Tom Patterson Theater, by Hariri Pontarini Architects for the Stratford Festival in Ontario; Forest Pavilion in a Winnipeg park, by Public City; and the reception pavilion of the National Assembly of Quebec, by Provencher_Roy with GLCRM Architectes.

Each of them can be visited by a member of the public. As great architecture should be.

The most humble, which I have not seen in person, is the park pavilion of the landscape and architectural agency Public City. It combines public restrooms with open-air meeting rooms, is designed to withstand flooding from the nearby Red River, and provides shade on hot summer days. It also looks good wrapped in a thin layer of rough sawn fir.

GH3 Architects are contributing another People’s Medal winner with their Cherry Street Stormwater Facility in Toronto. This building, as I wrote in 2021, is a utilitarian building that could easily have been designed by engineers; but the officials of the public agency Waterfront Toronto have chosen to call upon an excellent design firm to contribute to it. The result is a sculpture.

That kind of thing – a deliberate statement of excellence in the public sector – is far too rare. The default rule in public architecture, in most of Canada, is to hire designers based on the lowest bidder.

Universities often break this pattern. At the University of British Columbia, Formline Architecture’s Indian Residential School History and Dialogue Center won a medal. Formline’s director, Alfred Waugh, a gifted designer, is a member of the Fond Du Lac Denesuline First Nation in northern Saskatchewan. This is the first time an Indigenous-led architectural firm has won a GG.

Toronto’s KPMB also won two medals for university projects in the United States, a private high school in Manhattan and a university building at Princeton University. These demonstrate the ability of top Canadian companies to compete in an elite American setting, and also to combine contemporary design interventions with the renovation of older buildings – a particular strength of KPMB. But these private, well-funded clients are not like the Canadian public sector.

Indeed, the private sector often pays for ambitious architecture. Among the GG winners is 60-80 Atlantic, a pair of office buildings with a solid timber structure by BDP Quadrangle. The clients are a well-capitalized promoter and an insurance company.

And, inevitably, there are three private houses – or, really, concessions. The upstarts in this category are the Montreal firm La Shed, whose project, called “Les Rochers”, is a two-house complex in the Magdalen Islands. The simple forms of the buildings reduce traditional gabled houses to their Platonic form and polish them with spare modernist details.

This intellectual approach, bringing regional traditions into the present, is the hallmark of Halifax architects, MacKay-Lyons Sweetapple. The private “village” that Brian MacKay-Lyons wanted to create in Kingsburg, Nova Scotia, wins another one medals this year. There is no doubt that this work, very specific to its place, constitutes an intellectual beacon for architects.

The same goes, in a different way, for the eventual winner: the ultra-refined Point William Cottage in Ontario by Shim-Sutcliffe Architects. It is the product of decades of design exploration by Shim-Sutcliffe, which blends the modernist traditions of British Columbia and Ontario with the Scandinavian expressionism and Venetian meticulousness of Carlo Scarpa. There is a role in architecture for such work: the endless refinement of form and detail for discerning and affluent clients.

But it is in the public sphere that architecture has the most meaning. If GG Medals represent the state of the art, where are the other public libraries? Leisure centers and town halls? Where, even, are the apartment buildings? Why doesn’t high architecture touch these places as well?

Beauty behind closed doors has never shone so brightly.

Register for The Globe Arts & Lifestyle Newsletters for more news, features and advice delivered to your inbox.