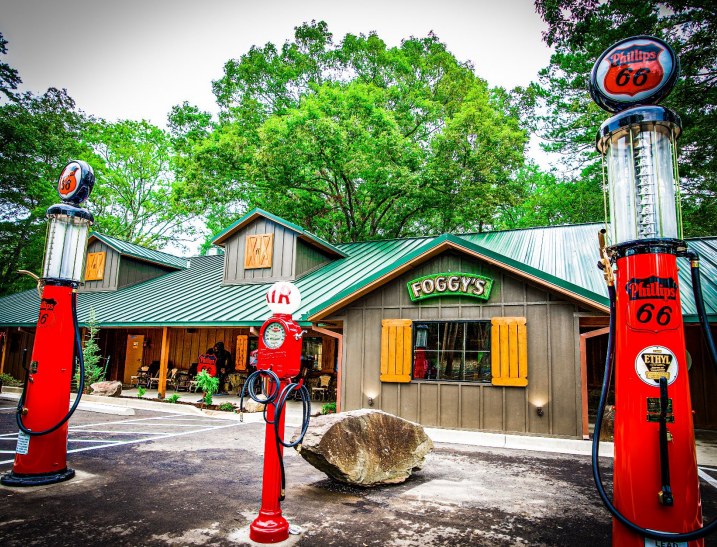 OKLAHOMA CITY (KFOR) — Swadley’s Foggy Bottom Kitchen is once again responding to the Oklahoma Department of Tourism and Recreation’s decision to terminate its contract with the restaurant chain following allegations of corruption and fraud.

In mid-April, a report from the Legislative Office of Fiscal Transparency raised eyebrows about a four-month investigation into significant growth in spending by the Oklahoma Department of Tourism and Recreation.

The report focused on lawmakers’ concerns over a contract with Swadley’s Bar-BQ restaurants.

On Monday, the Oklahoma Department of Tourism and Recreation announced that it was canceling the rental concession contract with Swadley’s Foggy Bottom Kitchen.

The department said it opened an internal investigation in the fall of 2021 after “reports of financial irregularities came to our attention.”

According to the statement, the department said it was canceling the contract due to “alleged fraudulent activities and questionable business practices.”

Following the cancellation, Swadley’s said they would be “forced to cut the positions of almost 300 employees”.

“What will it take for this to be taken care of?” Fire Marshal’s Report Details New Corruption Allegations Against Swadley, Governor’s Office

Now Swadley’s Foggy Bottom Kitchen is speaking out after closing 6 of its locations at Oklahoma state parks.

“Swadley’s is proud of the work it has done in Oklahoma’s beautiful state parks. As part of an effort to modernize these parks, Swadley’s entered into a contract with the Oklahoma State Department of Tourism in March 2020 to redesign, rebuild and revitalize six restaurants on state park properties. . Despite the logistical complexities presented by the location of these dining sites, Swadley’s completed work on all six restaurants in less than two years.

From the outset, Swadley’s recognized and accepted that this project would be a difficult undertaking, but the extent of degradation and neglect at the various restaurants made it more difficult than originally anticipated by either party. parts. For example, when Swadley employees went to perform an initial assessment of the work needed at Robbers Cave State Park near Wilburton, park staff provided Swadley staff with a case (not a can) of wasp spray so that they can safely enter the dilapidated property. Due to years of neglect that caused mold and significant breakdown of mechanical systems, the restaurant at Robbers Cave State Park was in such poor condition that it required an unplanned total rebuild.

Another unfortunate complication was the COVID-19 pandemic, which increased labor and raw material costs during this project and was accompanied by restrictions on indoor dining and a decrease general restaurant traffic. Despite these immense challenges, Swadley’s has completed and opened restaurants at Lake Murray, Beavers Bend, Quartz Mountain, Robbers Cave, Sequoyah and Roman Nose. The “before and after” photos speak for themselves (see attached). Swadley’s management team are disappointed with the recent decision to terminate their contract and are heartbroken for the hundreds of employees whose livelihoods are directly affected.

The governor and lieutenant governor spoke on Friday to address the situation and deny allegations of bribery over the contract.

The state filed a lawsuit against Swadley’s.

The head of tourism also resigned amid the investigation.