Statement from the Governor General on the $93,000 restoration bill 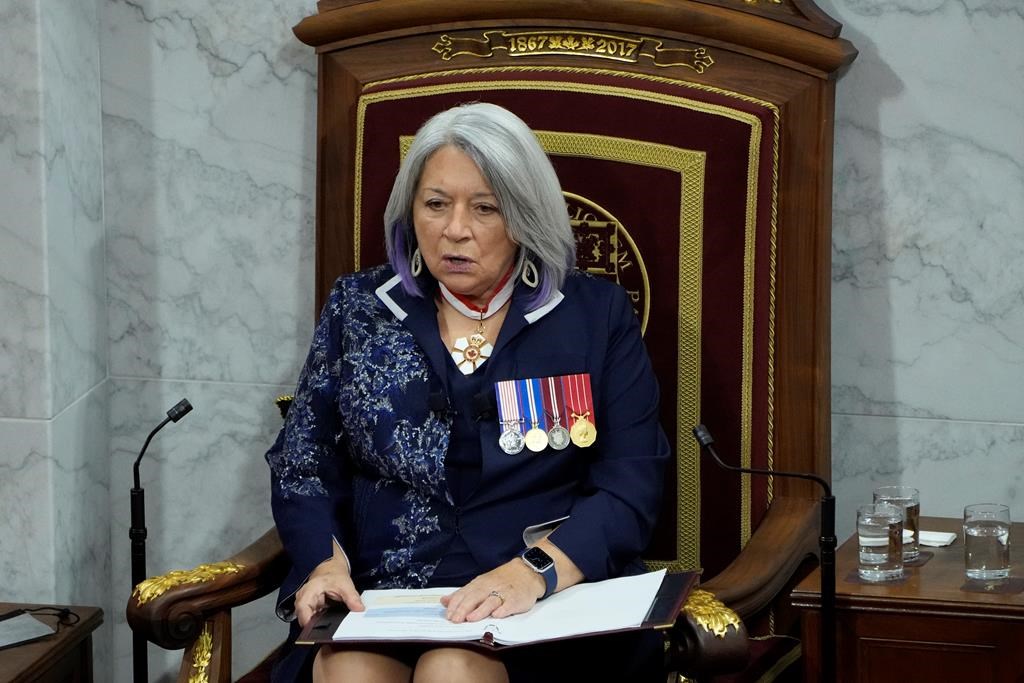 Rideau Hall released a statement saying Governor General Mary Simon “shares the public’s concern” over a $93,000 catering bill that her delegation racked up on a government plane while on a work trip to Middle East.

Rideau Hall spokeswoman Natalie Babin Dufresne said in a statement shared with Radio-Canada News on June 16 that the Canadian Armed Forces organize Simon’s trips abroad and are “responsible for all catering decisions on these flights”.

“The governor general shares the public’s concerns about the spending and looks forward to further clarification from responsible departments,” Dufresne said, citing the Department of National Defense and Global Affairs Canada as examples.

“The Governor General makes official and state visits abroad only at the request of the Prime Minister and in support of Canada’s international diplomatic objectives.

The March trip was made at the request of the Prime Minister to strengthen Canadian relations with countries in the Middle East by meeting with heads of state, senior leaders and Canadian ambassadors. Simon was also Canada’s National Day guest of honor at the Dubai Expo and met with members of the Canadian Forces in Kuwait and Qatar.

The expenses were revealed following a question on the order paper by Conservative MP Michael Barrett, regarding the price of eight days’ travel for Simon and his delegation on board a Royal Canadian Air Force plane.

According to the response given to Barrett, the bill of $93,117.89 covers the “cost of food, non-alcoholic beverages and associated fees, including catering management and delivery, storage, cleaning and l international waste disposal, airport taxes, administrative fees, security fees, and local taxes.

Simon, his staff, Global Affairs employees and Canadian delegates numbered 30, although RCMP officers and crew members may also have eaten on the flights.

The delegation left Ottawa on March 16, stopped in London to pick up Simon after an audience with Queen Elizabeth II, then traveled to the United Arab Emirates, Qatar and Kuwait. After another stopover in London, the plane landed in Ottawa and then parked at the military base in Trenton, Ontario.

It was Simon’s second trip abroad since his appointment as the Queen’s representative in Canada in July 2021.

Franco Terrazzano, federal director of the Canadian Taxpayers Federation, told The Epoch Times he wanted more details on the spending.

“To rack up a nearly six-figure tab on in-flight catering is a huge waste of money and shows disregard for hard-earned taxpayers’ money. Taxpayers have every right to feel disrespected when they find out that $3,100 per person was spent on in-flight catering,” Terrazzano said.

“If they spent thousands of dollars each on in-flight catering, taxpayers need to see how much they spent on hotels and ground food in the Middle East. Taxpayers are footing the bill and we deserve to see the full receipts and complete.

Terrazzano sees the expense exposure as another example of a disturbing pattern of “waste” at Rideau Hall.

“Prime Minister Justin Trudeau has repeatedly failed to clean up garbage at Rideau Hall. This huge waste of money shows that it is high time for the government to stand up for taxpayers and put an end to frivolous spending by the Governor General’s office.

Lee Harding is a Saskatchewan-based journalist and think tank researcher, and contributor to The Epoch Times.