Statement by the Secretary of Defense to the House of Commons, 17 January 2022 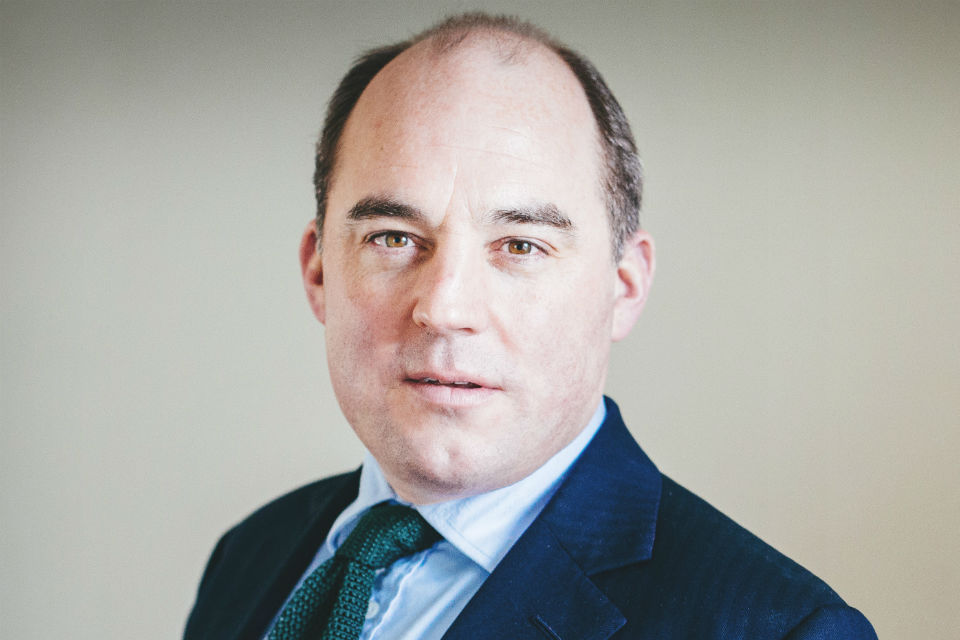 Thank you Mr President, with your permission I wanted to inform the Assembly about the situation in Ukraine. To date, tens of thousands of Russian troops are positioned near the Ukrainian border.

Their deployment is not systematic and they are equipped with tanks, armored combat vehicles, artillery rockets and short-range ballistic missiles.

We and our Allies have legitimate and substantial reasons to fear that the configuration and scale of the force being built, supported by Russian long-range air and sea strike capabilities stationed in the region, could be used in the purpose of carrying out a multi-invasion attack on Ukraine through the axis.

But regardless of the final decision taken by the Russian government on the use of these forces, their presence and level of preparation contribute to a destabilizing and coercive atmosphere that risks at best being miscalculated and, at worst, provoking a conflict.

Furthermore, in recent weeks, we have observed a hardening of Russian rhetoric, increased cyber activity and widespread misinformation that could serve as a false pretext for Russian military intervention.

Russia has hinted that its military buildup on Ukraine’s border was a response to NATO aggression and a Western agenda to use Ukraine to ‘divide and rule’ the nation Russian. They came up with this crazy idea that NATO is trying to encircle Russia.

Let me be clear, Mr. President, no one is trying to “govern” the Russian nation. Only 1/16th of Russia shares a border with a NATO ally. And NATO is – and always has been – a defensive alliance.

NATO – at its core – believes that any country in the alliance, regardless of size or size, owes – by virtue of membership – a mutual defense commitment. You attack one of us, you attack us all. From 12 founding countries in 1949, the NATO Alliance has grown to a total of 30 today.

These countries have joined the Alliance not because NATO obliges them to do so, but because of the freely expressed will of the governments and peoples of these countries. Countries choose NATO; NATO does not choose them. If Russia is concerned about enlargement, perhaps it should ask itself why, when people were free to choose, they chose NATO.

NATO is an alliance of like-minded nations that, in addition to sharing a mutual defense commitment, also share a common set of values, and the sovereignty of other nations is respected by all. Each nation has the sovereign right to choose its own security arrangements. This is a fundamental principle of European security, to which Russia has in fact subscribed in the past. And yet, Russia is now demanding a veto over NATO membership.

The UK will defend the right of countries to choose their alliances. More important than the choice they make is the right to have that choice. During my recent visit to Sweden and Finland, two non-NATO countries, it was clear that the Kremlin’s attempts to dictate what sovereign states can or cannot choose had been rejected across the spectrum. Politics.

Mr President, I must underline: no one wants a conflict. Ukrainians do not seek confrontation, despite the illegal annexation of their lands in Crimea and the occupation of Donbass. I’m sure ordinary Russians who remember the first conflict in Chechnya and other older conflicts don’t want another quagmire either.

Last week, there were intensive discussions on the international front to reach a diplomatic solution to the current situation, including at NATO and the Organization for Security and Cooperation in Europe (OSCE).

Engagement in the NATO-Russia Council has clearly demonstrated that NATO is open to dialogue with Russia on a range of issues aimed at protecting Euro-Atlantic security, including risk reduction, transparency, containment of armaments and lines of communication. But we will not reward aggression.

And we are open to dialogue on a bilateral basis.

On December 23, the Chief of the Defense Staff, Admiral Tony Radakin, met with his Russian counterpart, General Gerasimov. In their appeal, they agreed on the vital importance of maintaining communications to understand each other’s intentions and avoid miscalculations.

When the Prime Minister spoke to President Putin on 13 December, he expressed the UK’s deep concern over the build-up of Russian forces on the Ukrainian border and also reiterated the importance of working through diplomatic channels to defuse tensions and identify lasting solutions. .

The Foreign Minister continues to meet with her Russian Foreign Minister, Sergey Lavrov, including recently in person on the sidelines of the OSCE Ministerial Council in Stockholm on December 2.

Russia has the largest conventional forces of any nation in Europe. It has a proud history. We fought together. Last year we celebrated the courage of the Arctic convoys and their 80th anniversary. And Russia is a nuclear power. It has nothing to fear from NATO, from Ukraine or from the other countries fighting peacefully on the European continent.

I am therefore today inviting my Russian counterpart, Sergei Shoigu, to come to London in the coming weeks. We stand ready to discuss issues related to mutual security concerns and to engage constructively and in good faith.

The UK’s position on Ukraine is also clear. We unequivocally support its sovereignty and territorial integrity within its internationally recognized borders, including Crimea. Ukraine is an independent and sovereign country made up of a proud and independent Ukrainian people.

The UK Ministry of Defense already has a long-standing relationship with our Ukrainian counterparts, and we continue to provide support in many areas, including security assistance and defense reform.

Since 2015, the UK has helped build the resilience and capacity of the Ukrainian Armed Forces through Operation ORBITAL, which has trained over 22,000 Ukrainian troops. And we retain the right to provide bilateral support to a sovereign nation upon request, in areas that will better help it defend itself.

It is important that Ukraine has the capacity to defend itself. After Ukraine lost much of its navy to Russia’s illegal occupation of Crimea, it became important to help Ukraine develop and maintain naval capability.

Let us not forget, Mr President, the thousands of Ukrainians who have lost their lives defending their country and who are murdered every day by snipers from across the Atlantic.

This is why, in 2019, I extended Operation ORBITAL to naval cooperation. And that is why last year we agreed on a series of measures, including the supply of two mine countermeasures vessels to Ukraine as well as the joint production of eight new vessels – equipped with modern weapons. Defensive weapon systems.

As I told this House last week, the Framework Agreement presented to Parliament in November 2021 affirmed the principle that the UK will provide Ukraine with both training and defense capabilities – to help him defend himself better.

As part of this same principle, I can confirm to the Assembly today that, in the light of Russia’s increasingly threatening behaviour, and in addition to our current support, the United Kingdom is providing a new program security assistance to increase Ukraine’s defensive capabilities.

We made the decision to supply Ukraine with light, anti-armour and defensive weapons systems. A small number of UK personnel will also provide initial training for a short period under Operation ORBITAL before returning to the UK afterwards.

This security assistance program complements the training and capabilities Ukraine already has, as well as those also provided by the United Kingdom and other Allies in Europe and the United States. Ukraine has every right to defend its borders, and this new aid package further strengthens its ability to do so.

Let’s be clear: this support is for short-range and clearly defensive weapon capabilities; they are not strategic weapons and they pose no threat to Russia. They are to be used in self-defence and UK personnel providing the initial training will return to the UK after completing it.

The prime minister was clear that any destabilizing action by Russia in Ukraine would be a strategic mistake that would have significant consequences. This is why there is a set of ready-to-use international sanctions that will ensure that the Russian government will be punished if it crosses the line. But the costs of an invasion will not only be felt by the West.

I have visited Ukraine five times since 2016, and I know Ukrainians are a proud people who will stand up and fight – for their country, for democracy and for freedom.

Any invasion will not be seen as “liberation” but as occupation, and I fear it will result in huge loss of life on all sides.

The current difficult relationship with the Kremlin is not the one we want to have in the UK. It doesn’t have to be like that. The UK respects the people, culture and history of Russia.

We have more in common than we think – culturally, historically and technologically. We wish to be friends with the Russian people as we have been for hundreds of years.

And there is a world where we can build a mutually beneficial relationship with Russia, working together on areas of common interest and addressing mutual security concerns. This current gap is wide but not insurmountable.

I still hope that diplomacy will prevail. This is President Putin’s choice; whether to choose diplomacy and dialogue or conflict and consequences.

But Russia’s current behavior not only threatens the sovereignty of a proud nation-state; it also destabilizes the rules-based international order and challenges the values ​​that underpin it.

That is why it is all the more important that we stand in solidarity with those who share our values, including our NATO allies and our partners like Sweden, Finland and Ukraine.