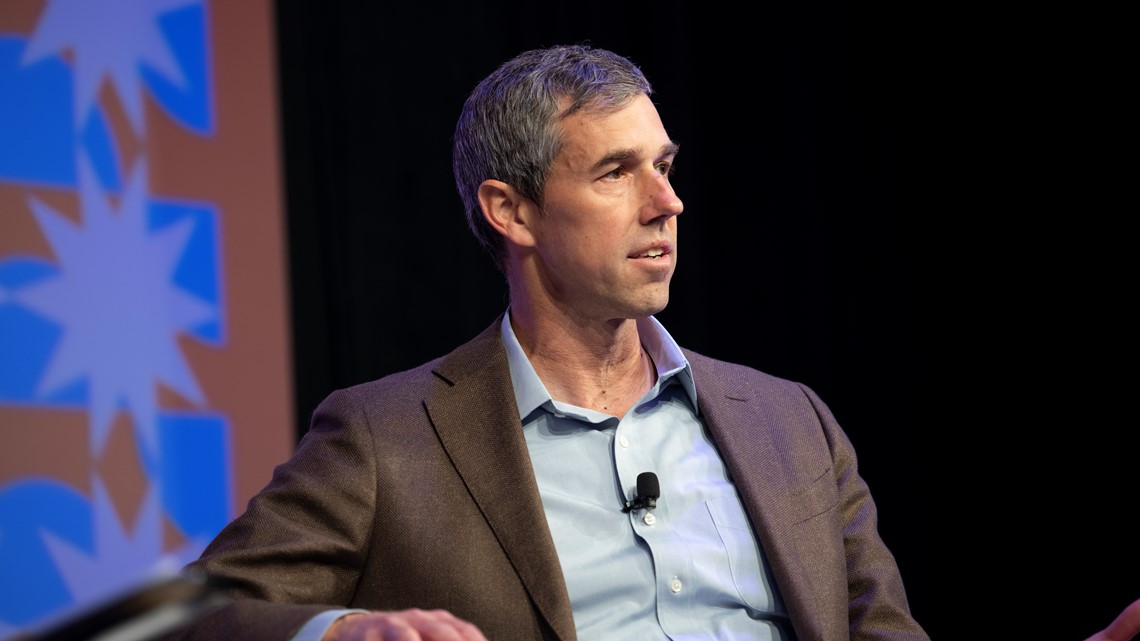 AUSTIN, Texas — Texas Democratic gubernatorial candidate Beto O’Rourke was back in Austin on Saturday for a stopover in South by Southwest (SXSW).

O’Rourke was selected as the keynote speaker for a conversation with Evan Smith, CEO and co-founder of The Texas Tribune, at the Hilton Austin Downtown. While the hour-long chat touched on his campaign for governor, they also discussed topics such as the February 2021 freeze, women’s rights, the state’s ongoing legal battle over transgender children , a recent lawsuit filed against O’Rourke and more.

First question? Smith asked O’Rourke why he was campaigning for high office a third time.

“Why am I doing this? Because I have this amazing opportunity to join incredible people in service to my state and this country,” O’Rourke said. “Still, there is no greater honour. I am grateful for this opportunity and love that we are in this race right now.”

Next, Smith brought up his opponent, Gov. Greg Abbott, penning strong words from the Democrat.

“I just had the opportunity to meet the EU ambassador,” O’Rourke said. “We’ve talked about the fact that you’re seeing the continued rise of authoritarians and thugs around the world, and we have our own right here in the state of Texas.”

This triggered an interruption from Smith.

“Greg Abbott is a thug in your mind?” He asked.

“He’s a thug. He’s an authoritarian,” O’Rourke said. “Let me make the case not just for this guy, for his own incompetence, for not keeping the lights on in the energy capital of the planet last February. But when people like Kelcy Warren and other energy company CEOs made more than $11 billion in profits for five days, selling gasoline at 200 times the going price, not only did he not recoup those illegal profits, not only was there no justice for the over 700 people who were killed and literally froze to death in their homes outside their cars… but he collects millions of dollars from those same people… he has his own oligarch here in the state of Texas. Do you think this stuff only exists in Russia or other parts of the world?”

O’Rourke then presented examples of Abbott’s policies and views, such as recent changes to state mail-in voting rules, abortion law, and views on child care. gender affirmation for transgender youth.

“We have to overcome this type, this extremism, these fringe policies that hurt the people of the state of Texas so deeply,” O’Rourke said. “While the Governor has this crazy fixation on transgender children and their families, he has been told for seven years that we have a crisis in foster care and child protective services in the state. … He four months ago, Governor Greg Abbott was warned that there is a facility here not too far from Austin and Bastrop, where children who have been trafficked for sex are in the custody and under the Texas State Guard, and they in turn are abused by their guards.”

Smith then changed the subject to talk about the state’s power grid and last year’s deadly winter storms across the state.

“You made the grid a central issue, if not the central issue of your campaign, you talked about it everywhere you are,” Smith said. “What exactly did the Governor do to cause this last February?”

“So you said it didn’t cause the weather? It’s much colder in other parts of the country right now,” he replied. “They haven’t had the kind of power outages that we’ve had here in Texas that the governor, on whose desk the buck stops, was repeatedly warned that we had underlying vulnerabilities in the network, that we had failed to seal and winterize the Well, when the temperature dropped last February, the gas supply literally froze at the wellhead and we couldn’t get it to to the generators that spin and produce the electricity that powers our homes. , 2011, 2014, until the day he promised us all in February of last year that we would be able to keep the lights on in the state of the Texas, and the lights went out and the heater broke and the water stopped flowing because the pipes also froze and people lost their lives as a result.”

During the state’s legislative session last year, lawmakers passed legislation to address the network outage. However, O’Rourke says Abbott did little to fully address the issue.

“But to add insult to injury, not only did he not fix it when notified before last year’s breakdowns, but he still hasn’t fixed it for over a year. later,” O’Rourke said. “We still have to temper and winterize the gas supply. I don’t know, but maybe it has something to do with it. He accepted over $4.6 million from the gas supply companies, CEOs and interests that don’t want to invest in wintering.”

Smith then asked him what he would have done differently if he had been governor at the time.

“After the storm passed, I would have weatherized the gas supply,” he replied. “I would have connected ERCOT to the national grid so that we could draw electricity when we needed it. El Paso, where I come from, is not part of ERCOT. El Paso, where I come from, last February as cold as some other parts of the state, but we haven’t lost power because we can get power out of the rest of the country when we need it.”

The duo then discussed the recent lawsuit filed by Texas billionaire Kelcy Warren of Dallas-based Energy Transfer Partners. He is suing for libel, slander and libel after O’Rourke’s remarks that his company made billions in profits during the storms and he made campaign donations to Governor Abbott.

“The lawsuit says you wrongly accused him, this is a quote, of ‘serious crimes, including extortion, bribery and corrupt influence’. He says you defamed him. Have him you defamed?” asked Smith.

“No. The best defense against defamation is the truth. And pointing out that this person’s business made $2.4 billion while a Vietnam-era veteran who couldn’t refill a bottle of oxygen at home, got out in his truck to try to recharge it there, and they later found him frozen to death in that condition after his years of service and sacrifice for this country, after a 11-year-old boy and Conroe, Texas, froze to death in his bed because his mother couldn’t pile enough blankets over his body to keep him warm enough to get through the night,” O’Rourke said. company like this made $2.4 billion, and that money didn’t come out of the blue.”

The pair eventually broached the confusing topic of the state’s new rules regarding mail-in ballots. Smith pointed to a Texas Tribune report showing that in 16 of Texas’ largest counties, nearly 19,000 mail-in ballots were recently discarded for failing to meet new requirements.

“Absolutely, yes,” O’Rourke said. “Willie Nelson has had his application to vote rejected three times because, for those who don’t know, the new law signed by Governor Abbott last year requires you to vote by mail in the midst of a pandemic or if you have a significant disability. …you must use the same ID you originally registered with to vote and match it to the ID you have now to vote in 2022.”

O’Rourke said he believed the law targeted large counties like Harris and Dallas to “disenfranchise voters who might otherwise threaten the governor’s purchase of power.”

He also claimed that it is now easier to carry a gun on the streets of Texas than to vote, due to Texas’ recently signed carry without a license law.

“You saw a spike in gun violence,” O’Rourke said. “More cops or sheriff’s deputies or law enforcement personnel have been shot in the state of Texas than in any other state. some don’t – Greg Abbott has turned his back on law enforcement who put their lives on the line for this community, and they are losing their lives at a faster rate than in any other state because of it .” 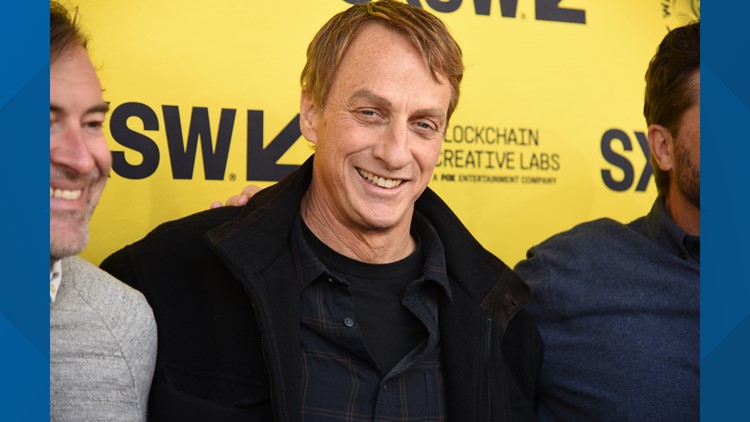 On gun control, Smith asked the candidate to clarify his position on the idea of ​​confiscating assault-type weapons from Texans. After some prompting, O’Rourke gave a straight answer.

“I don’t think anyone should have one,” O’Rourke said. “And if I can find consensus in the Legislature to have a law in the state of Texas that allows us to buy back those AK-47s and AR-15s, we will. As you said more early I can’t impose or dictate anything like the next Governor of the State of Texas I’m going to have to do it by listening to go forward.

Prior to his gubernatorial bid, O’Rourke also ran against Ted Cruz for Senator in 2018 and U.S. President in 2020. O’Rourke also served as a U.S. Congressman from 2013 to 2019 and as a City Council member in El Paso before that. He currently leads Powered by People, an organization that works to expand democracy and fight for Democratic victories.

O’Rourke will also host a “Beers with Beto” fundraising event at Revival Coffee later Saturday from 6:30-8:30 p.m. Tickets are $25.

Smith and O’Rourke’s full discussion is expected to be available on demand at 10 a.m. Sunday. It was also streamed live on YouTube.