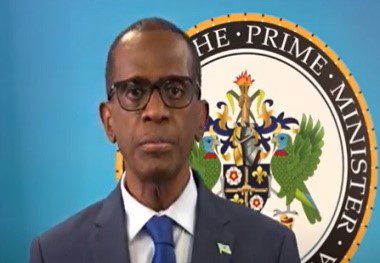 Saint Lucia Premier Phillip J. Pierre said he asked the Governor General to revoke the Senate appointment of attorney Stanley Felix, after he appeared in court on charges of perverting the course of justice.

In a brief statement, Pierre said he had been informed that Félix, the president of the Senate, “was formally charged by the police under article 376 of the Penal Code of Saint Lucia.

He said that as head of government he “demands the highest levels of professionalism and integrity from all audiences at all times.

“In this capacity, the Governor General, acting on the advice of the Prime Minister and in accordance with Article 27 (2) € of the Constitution of Saint Lucia…. was advised to revoke Mr. Félix’s appointment and relieve him of his duties as a Senator in the Upper House of Parliament. His successor will be announced later,” the statement from the Prime Minister’s Office read.

Felix, 59, appeared before Magistrate Bertlyn Reynolds after being arrested by police on Thursday as law enforcement continues to investigate a murder.

As part of the bail condition, Felix, a lawyer, must report to the police every first Saturday and hand over his travel documents.

The main opposition United Workers Party (UWP) had called for the removal of Felix from the presidency of the Senate.

“In light of this astonishing development and the sensitivity of the position of Speaker of the Senate, the United Workers Party calls on Prime Minister Philip J. Pierre to immediately remove Stanley Felix from this position in light of the outstanding charges that are expected to be brought. today. .

“The UWP, which lost the last general election in July last year, said it viewed the development as ‘another dark day in Saint Lucia’s history when the country is already in the throes of to an increase in serious crime, particularly theft and firearms. homicides.

“The United Workers Party further urges Prime Minister Philip J. Pierre to rid his government of any unsavory figures and criminal elements within his cabinet for the benefit of this country,” the party said.