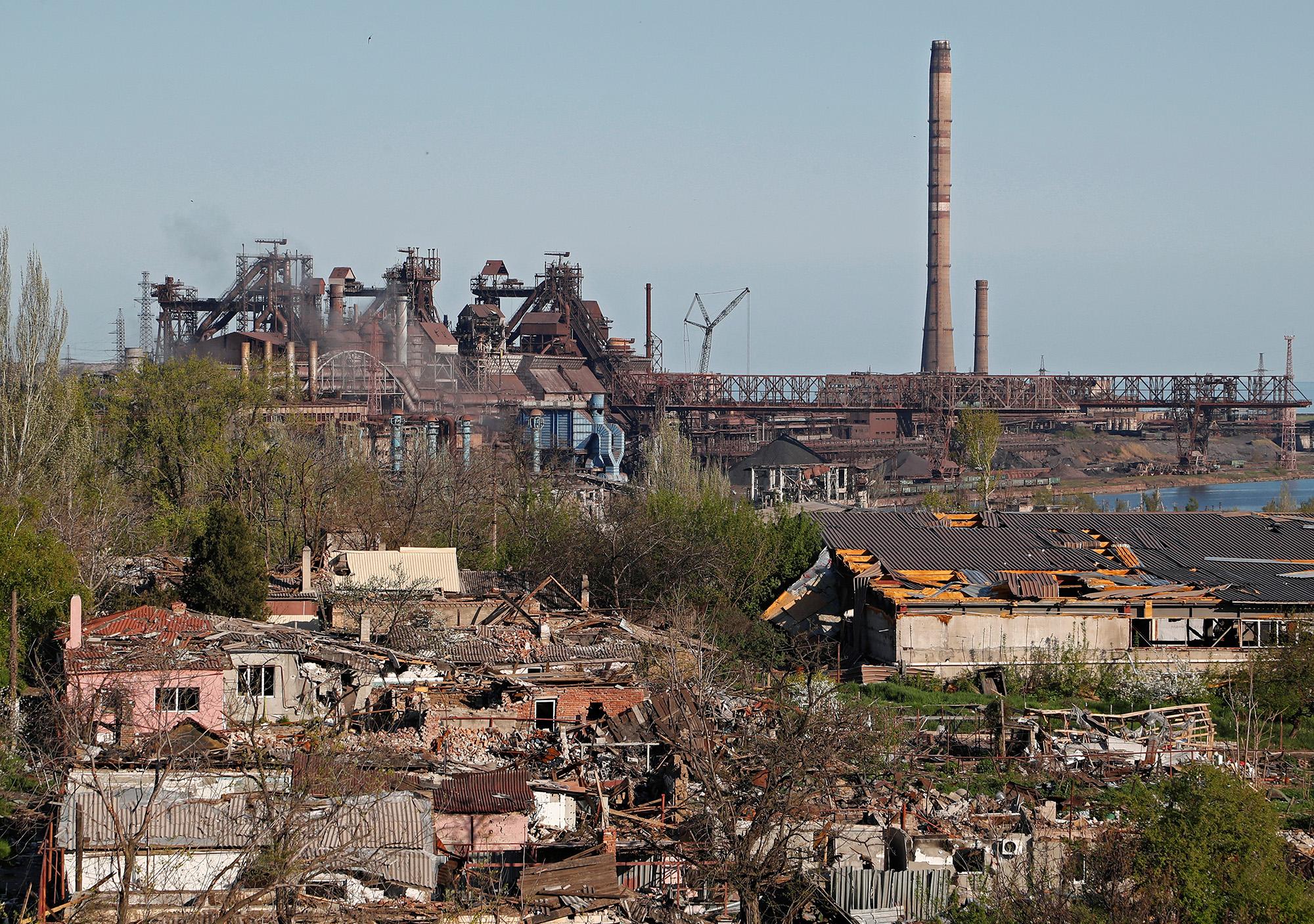 Russian forces have cordoned off an area in Mariupol, potentially ahead of another attempt to storm the Azovstal steel plant, a Ukrainian official said.

“For now, the occupiers have again closed the Left Bank neighborhood square from Veselka Park. This may be due to another attempt to storm Azovstal or street fighting,” Petro said. Andrushchenko, advisor to the mayor of Mariupol.

He said Russian allies in the self-proclaimed Donetsk People’s Republic were trying to “nationalise” Ukrainian property, such as the port.

On Thursday, DPR chief Denis Pushilin said the seaport was being demined and reconstruction had started, and “the port will be fully functional, we plan to make the first shipment in May.”

Andrushchenko also said that the Russians were also starting a census of properties in parts of Mariupol, “despite public objections”.

The census will assess the condition of high-rise buildings in the southern port city, as well as surviving apartments and their owners, he said.

“Yesterday in Mariupol, the occupiers issued the first birth certificate of last month. For the first time in Mariupol, a Russian terrorist satellite officially stole the citizenship of our Ukrainian child,” Andrushchenko added.

Andrushchenko’s comments came hours after the Ukrainian president’s office announced that new efforts would be made to extricate civilians from the beleaguered Azovstal steel plant in Mariupol.

A bit of context: In recent days, Russian forces have intensified their attacks on the sprawling Azovstal industrial complex, as part of their effort to fully capture Mariupol.

Yuriy Ryzhenkov, CEO of Metinvest Holding, which owns the plant, described the scene as “a humanitarian catastrophe”.

“The city has literally been under siege for almost two months now. And the Russians, they don’t allow us to bring food into the city or water into the city,” Ryzhenkov told CNN.

Built in 1933 under Soviet rule, the factory was partially demolished during the Nazi occupation in the 1940s before being rebuilt.

Now it has disappeared again – its carcass housing Ukrainian soldiers and around 1,000 civilians in a maze of underground chambers, according to Ukrainian officials.

Azovstal has since become a symbol of Ukrainian resistance against Russia’s relentless military assault on Ukraine.