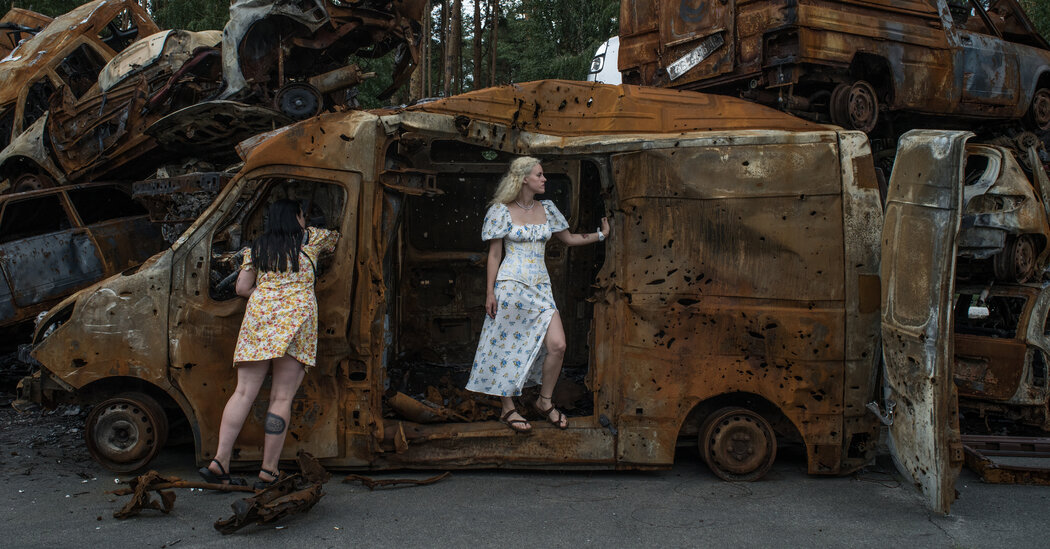 PHNOM PENH, Cambodia — A day after Brittney Griner was sentenced to a Russian penal colony, top diplomats from the United States and Russia said Friday their governments were ready to negotiate on both the American basketball star and on Paul N. Whelan, who is also imprisoned by Russia.

The diplomats, Secretary of State Antony J. Blinken and Russian Foreign Minister Sergei Lavrov, speaking at separate press conferences, said the negotiations would be conducted through a channel established earlier by their two presidents. But in a possible indication of the strained relationship between the two countries, the pair made their comments after sitting next to each other – but not speaking – during a meeting of ministers of foreign affairs. Foreign Affairs of East Asia and Partner Countries.

Ms Griner was sentenced to nine and a half years by a Russian judge in a courtroom outside Moscow on Thursday. US officials said Ms Griner had been “wrongfully detained” and her trial was politically motivated, as tensions between the two countries remain high over Russia’s war in Ukraine.

The Biden administration has offered to free Viktor Bout, a jailed Russian arms dealer, in exchange for Ms. Griner and Mr. Whelan, people familiar with the proposal have said. Mr. Blinken and the State Department have not publicly disclosed details of the proposal.

After Friday’s meeting, Mr. Lavrov took the opportunity to point the finger at Mr. Blinken for making no effort to speak to him.

“Today there was only one person between us at the table,” Lavrov told a press conference broadcast by the Foreign Ministry. “I didn’t see him try to catch me.”

Asked in the afternoon about the sentencing of Ms Griner and about Mr Lavrov’s assertion that Mr Blinken had not approached him, Mr Blinken replied only that the talks would take place through the channel cited by Mr Lavrov.

“We have put forward, as you know, a substantial proposal that Russia should engage with us on,” Blinken said. “And what Foreign Minister Lavrov has said this morning, and is saying publicly, is that they are ready to engage through the channels we have established to do just that, and we are going to pursue that.”

Mr Lavrov and Mr Blinken discussed the possibility of a prisoner swap last week, with negotiations to take place through a special channel set up for the purpose, according to people familiar with the conversation. At the time, Mr Lavrov criticized the United States for what he described as an attempt to broker a prisoner swap in public.

Mr. Lavrov and Kremlin spokesman Dmitry Peskov renewed that criticism on Friday. “These exchanges will never happen if we start discussing the nuances of the exchange in the press,” Peskov told reporters in Moscow. “The Americans made that mistake. They decided for some reason to solve these problems by the megaphone method.

In their comments on a diplomatic route, the two sides appeared to refer to an agreement between President Biden and Russian President Vladimir V. Putin, reached at a summit in Geneva in June last year, to negotiate on the exchange of prisoners and hostages.

Despite sending signals that a potential swap is possible, Russian officials have insisted that due legal process must be completed first. After hearing the verdict on Thursday, Ms Griner’s lawyers said they would appeal the conviction, which could further prolong the process.

Trevor R. Reed, a former US Marine, who was sentenced to nine years in prison after being accused of assaulting a Russian policeman, spent more than two years in Russian custody before being traded for a Russian pilot sentenced in April.

Mr Blinken said on Friday that Ms Griner’s sentencing “highlights our very significant concerns about the Russian justice system and the Russian government’s use of wrongful detentions to advance its own agenda, using individuals as pawns.” policies. The same goes for Paul Whelan.

Mr Whelan is a former US Marine who was convicted by a Moscow court of espionage charges in 2020 after he was first detained in 2018.

On Thursday, White House national security spokesman John Kirby said he expected Mr. Blinken to try to talk to Mr. Lavrov about the American prisoners at the meeting in Phnom Penh.

“I have no doubt that if he gets the chance to button Mr. Lavrov, he will,” Mr. Kirby said. “And if he doesn’t, if it doesn’t just happen organically, I’m sure Secretary Blinken will reach out and have that communication.”

When a conversation did not take place, Mr. Lavrov appeared to try to persuade Mr. Blinken not to speak to him, saying, “All my buttons are up.”