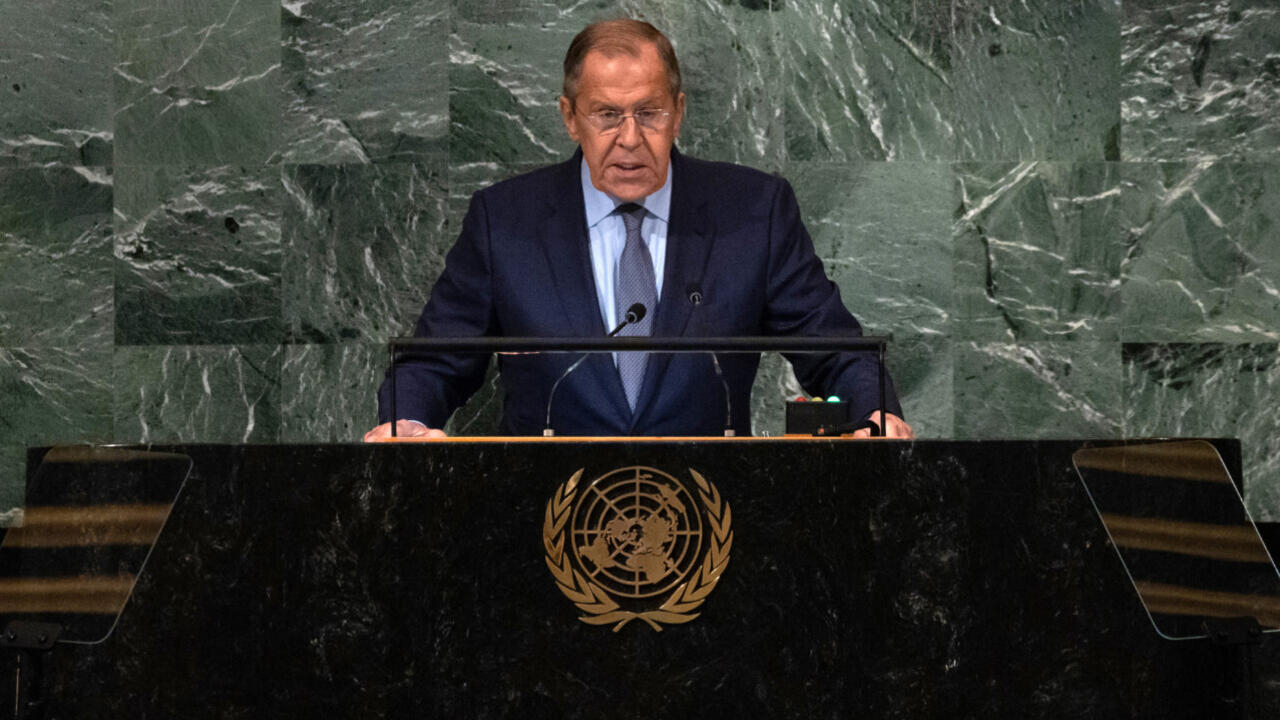 At the UN General Assembly on Saturday, Russian Foreign Minister Sergei Lavrov accused the West of “grotesque” Russophobia. On the same day, Vladimir Putin signed amendments toughening the penalty for voluntary surrender and refusing to fight to up to 10 years in prison, just days after ordering a partial mobilization. Check out the day’s events as they unfold on our live blog. All times are in Paris time (GMT+2).

This live page is no longer being updated. For more of our coverage of the war in Ukraine, please click here.

10:55 p.m .: China and India call for a negotiated exit from the war in Ukraine

China and India on Saturday called at the United Nations for a negotiated end to the war in Ukraine, stopping short of strong support for traditional ally Russia.

After a week of lobbying at the UN General Assembly, Russia’s foreign minister took to the rostrum of the General Assembly to issue a fiery rebuke to Western nations for what he called a “grotesque” campaign against Russians.

But no major nation has rallied behind Russia, including China, which days before February’s invasion of Ukraine had sworn an “unbreakable” bond with President Vladimir Putin.

Chinese Foreign Minister Wang Yi called on Russia and Ukraine to “prevent the crisis from spilling over” and affecting developing countries.

“China supports all efforts for the peaceful resolution of the Ukrainian crisis. The top priority is to facilitate peace talks,” Wang said. “The fundamental solution is to address the legitimate security concerns of all parties and build a balanced, effective and sustainable security architecture.”

9:55 p.m.: Zelensky tells Russians that Putin is “knowingly sending citizens to their deaths”

Ukrainian President Volodymyr Zelensky appealed to the Russians on Saturday night, saying their president was “knowingly sending citizens to their deaths”.

In Russian, Zelensky called on the Moscow forces to surrender, saying, “You will be treated in a civilized manner…no one will know the circumstances of your surrender.”

It came just hours after Russia passed a law toughening penalties for voluntary surrender and desertion.

8:05 p.m .: Russian Foreign Minister Sergei Lavrov accuses the West of “grotesque” Russophobia during a speech at the UN

Foreign Minister Sergey Lavrov on Saturday bitterly criticized Western countries for their “grotesque” fear of Russia, telling the United Nations that these states were seeking to “destroy” his country.

“Official Russophobia in the West is unprecedented, now the scope is grotesque,” ​​Lavrov said in a fiery speech to the UN General Assembly. “They do not hesitate to declare their intention not only to inflict a military defeat on our country, but also to destroy and fracture Russia.”

6:27 p.m .: Over 700 detained in anti-mobilization protests across Russia

Russian authorities on Saturday arrested more than 700 people during protests against the partial mobilization ordered this week by President Vladimir Putin, according to the independent monitoring group OVD-Info.

The police watchdog counted at least 707 people detained in 32 cities across Russia, nearly half of them in Moscow, at rallies following the partial mobilization to bolster the Russian operation in Ukraine.

Russian President Vladimir Putin on Saturday signed amendments toughening the penalty for voluntary surrender and refusing to fight to up to 10 years in prison, just days after ordering a partial mobilization.

A separate law, also signed on Saturday, facilitates access to Russian citizenship for foreigners who enlist in the Russian army, following the mobilization intended to increase the ranks of its army fighting a military operation in Ukraine.

Serhiy Haidai, the regional governor of Luhansk, described the so-called referendums taking place in the eastern and southern regions of Ukraine held by the Kremlin as “an opinion poll conducted under the threat of a weapon”. Gulliver Cragg from FRANCE 24 tells us more.

1:34 p.m .: Russia replaces general in charge of logistics amid mobilization

Russia announced on Saturday that it had replaced its top general in charge of logistics as its military operation in Ukraine ran into widespread logistical problems. “Army General Dmitry Bulgakov has been removed from his post as Deputy Defense Minister” and will be replaced by Colonel General Mikhail Mizintsev, the Russian Defense Ministry said on Telegram.

A Russian missile hit a residential building in Zaporizhzhia, causing casualties, the city’s acting mayor told media. According to Zaporizhzhia Oblast Governor Oleksandr Starukh, on September 24, a Russian rocket was fired at a residential area of ​​the city, causing a fire in a multi-storey building.

Zaporizhzhia Oblast Governor Oleksandr Starukh said that on the night of September 24, a Russian rocket was fired at a residential area of ​​the city, causing a fire in a multi-storey building.

The Kremlin-held regions of eastern and southern Ukraine entered the second day of voting to become part of Russia on Saturday. Voting on whether Russia should annex four regions of Ukraine began on Friday, dramatically raising the stakes seven months after troops invaded from Moscow.

Ukrainian officials said people were banned from leaving certain occupied areas until the end of the four-day vote, armed groups were going into homes to force people to vote and employees were threatened with layoffs. they weren’t participating. Reuters could not immediately verify the coercion reports.

Voting in Lugansk, Donetsk, Kherson and Zaporizhzhia provinces was hastily organized after Ukraine recaptured large swathes of the northeast in a counteroffensive

US President Joe Biden warned Russia on Friday that there would be “swift and severe” costs if Moscow uses its “sham” referendums to annex more Ukraine. “The Russian referendums are a sham — a false pretense to attempt to forcibly annex parts of Ukraine in flagrant violation of international law,” Biden said in a statement. “We will work with our allies and partners to impose swift and severe additional economic costs on Russia.”

“The United States will never recognize Ukrainian territory as anything other than part of Ukraine,” he said.