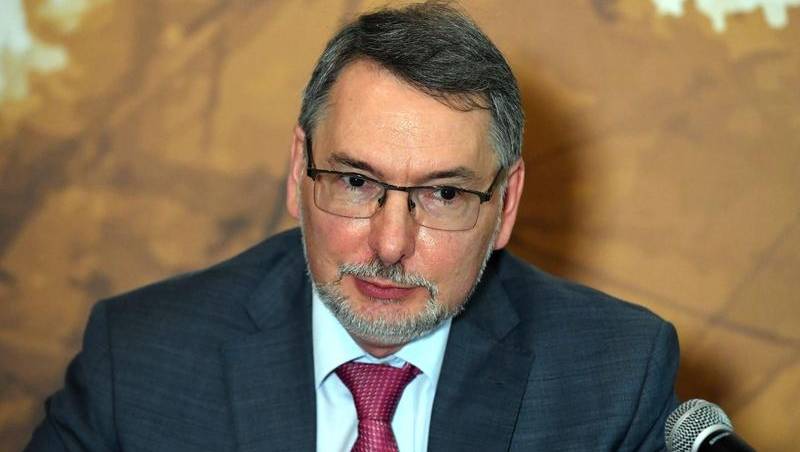 Russia’s ambassador to Australia has been stripped of an invitation to deliver a national address following war crimes allegations in Ukraine.

But club CEO Maurice Reilly said it was no longer appropriate for the Russian envoy to appear.

“The invitations were issued at a different stage of the conflict in Ukraine before the allegations of war crimes and bombing of civilian targets,” Mr. Reilly said in a statement on Friday.

“The club stands by its principles of encouraging freedom of expression and promoting a balanced national discussion of the major issues of the day and reserves the right to reconsider this decision at a later date. .”

“This situation should not be tolerated and has no place in a democratic society,” he said.

The announcement came a day after Mr Shalkivskyi delivered his speech at the press club, using his speech to declare that his compatriots would never stop fighting for freedom and telling reporters he would like to see the ambassador of Russia expelled after bombings killed more than 50 children in Ukraine.

“Every government has to have lines of communication, but I’m not in a position to be diplomatically polite. Having my parents in an air-raid shelter makes you more decisive,” he said.

Immigration Minister Alex Hawke continued to meet with members of the Ukrainian-Australian community as well as other Eastern European communities as the conflict rages.

The federal government has now granted more than 3,000 visas to Ukrainians since the start of the conflict as part of its international response to the war.

All Ukrainian nationals in Australia whose visa expires on June 30 will be granted an automatic six-month extension.

Talks between senior Ukrainian and Russian officials failed to broker a peace agreement.

Russian President Vladimir Putin remained defiant of the coordinated sanctions, saying the injunctions would backfire on the West, driving up food and energy prices, and that Moscow would emerge stronger.

But as sanctions continue to bite the Russian economy, Reserve Bank of Australia Governor Philip Lowe says he doesn’t think the impact of the war in Ukraine warrants coordinated global financial policy.

Dr Lowe will attend a regularly scheduled meeting with other central bank bosses on Friday evening, with the situation in Ukraine high on the agenda.

A coordinated response during the global financial crisis was needed because financial markets had frozen, he said.

“At the moment there is no need for a coordinated policy response – what we need is to share information and talk about future developments,” Dr Lowe said during an Australian Banking Association conference.

“The assessment was in the first two weeks that it did not cause a major upheaval in the financial system.

“But it’s still early days and there’s still a long way to go for these sanctions to work their way into the financial sector.”

Goldman Sachs has become the first US bank to pull out of Russia following its invasion of Ukraine, a move that will increase pressure on rival lenders.

The United Nations Security Council will also meet on Friday at Russia’s request after the Kremlin claimed the US military was carrying out “biological activities” in Ukraine.

Olivia Dalton, spokeswoman for the US mission to the UN, said the accusation was a false flag operation that the Kremlin could use to justify attacks with biological or chemical weapons.

Defense Minister Peter Dutton said reports that Russia might use biological weapons against Ukrainians were credible and based on intelligence.

Mr Dutton said he would let nothing pass the regime on war, given its “history of brutality”.

“If there is to be a use of chemical weapons or other weapons that will have a significant impact on the population, then there will be a devastating result,” the minister told the Seven Network.