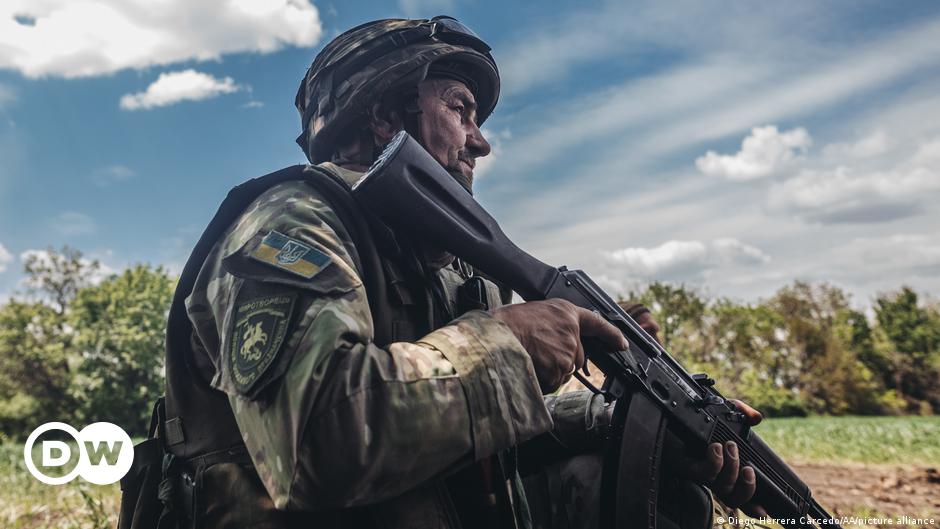 This article was last updated at UTC/GMT 11:16

Russia’s tactics have changed on the battlefield, according to Ukrainian presidential adviser Mykhailo Podoliak, adding that Russian casualties have now decreased to around 100 to 200 casualties per day – a figure which he says was “roughly comparable” to Ukrainian losses.

“During the first month and a half to two months, they fought without absolutely understanding what they were doing,” he told Meduza, an independent Russian-language media outlet.

“They just moved their columns across the country, and our guys quickly and brutally destroyed them. This kind of warfare was pretty simple.”

“Unfortunately, it’s over,” he said, adding that the fighting was bogged down and the outcome depended mainly on the number of soldiers and weapons.

An adviser to Ukrainian President Volodymyr Zelenskyy warned it was difficult to judge when the war with Russia would end. At the same time, he indicated that the fighting could last another six months.

“If you count by stored weapons, it could drag on for a period of two to six months,” presidential adviser Mykhailo Podoliak said in a wide-ranging interview with independent Russian-language media Meduza.

“But war is a nonlinear process, influenced by dozens or even hundreds of factors,” he added. “I wouldn’t set specific deadlines.”

The European Union is about to introduce special regulations that will recognize Ukrainian driving licenses, according to the German government.

Non-EU nationals in Germany can usually drive for six months using their existing driver’s license, after which they must apply for local certification.

“The European Commission is planning a road transport agreement with Ukraine which, among other things, will provide for the temporary recognition of driving licenses and certificates of competence for the transport of goods,” the German government said in response to a question. parliamentary. seen by the DPA.

This decision aims to help Ukrainian refugees who fled to the EU after the Russian invasion. It will also help freight companies operating between Ukraine and the EU.

The British Ministry of Defense has accused Russia of launching unguided airstrikes on the Donbass region.

“The increased use of unguided munitions has led to widespread destruction of built-up areas in Donbass and has almost certainly caused significant collateral damage and civilian casualties,” the ministry said in a tweet on Saturday.

He added that Russian stocks of precision-guided missiles “are likely to have been significantly depleted” since the start of the war.

Russia reinforces its troops in Sievierodonetsk: the Ukrainian army

Russia has sent reinforcements to continue its efforts to take control of the city of Sievierodonetsk in Ukraine’s Donbass region and is carrying out “assault operations” with artillery in the city, the Ukrainian military said on Saturday. .

According to the Reuters news agency, the Ukrainian army said Russian forces, however, retreated after failing to advance in the nearby town of Bakhmut.

He added that the city was unlikely to be taken by Russian troops in the next two weeks despite reinforcements being deployed by Moscow.

Gaidai’s claim regarding Ukrainian advances could not immediately be verified.

Moscow is now focusing its military efforts on the eastern region of Donbass after failing to take the capital, Kyiv, at the start of the invasion launched on February 24.

Germany not a suitable mediator in war with Ukraine, says SPD official

Social Democratic Party (SPD) parliamentary group leader Rolf Mützenich said he did not see Germany as an appropriate mediator between Kyiv and Moscow.

Instead, he suggested that countries that have avoided condemning Russia in the UN General Assembly take on the role of mediator.

“Germany will hardly be able to mediate in this conflict,” Mützenich said. “Because from Russia’s point of view, we took too clear a position from the start.”

Summary of Friday’s events in the Ukraine-Russia crisis

In a video message from Kyiv marking 100 days since Russia invaded Ukraine, President Volodymyr Zelensky vowed: “Victory will be ours”.

Ukrainian police have opened criminal investigations into allegations of sexual violence against civilians, according to Deputy Interior Minister Kateryna Pavlichenko.

Protestant theologians and Allied politicians have penned an open letter to Protestant Church leaders in Germany calling for the suspension of the Russian Orthodox Church from the World Council of Churches and a freezing of bilateral relations between the German and Russian churches.

The EU said around 500 Ukrainian patients had so far received emergency treatment under the EU Civil Protection Mechanism.

African Union (AU) Chairman Macky Sall told a meeting with Russian President Vladimir Putin that Moscow should take into account the impact of the war on the African continent.

You can rewatch our June 3 live updates here.