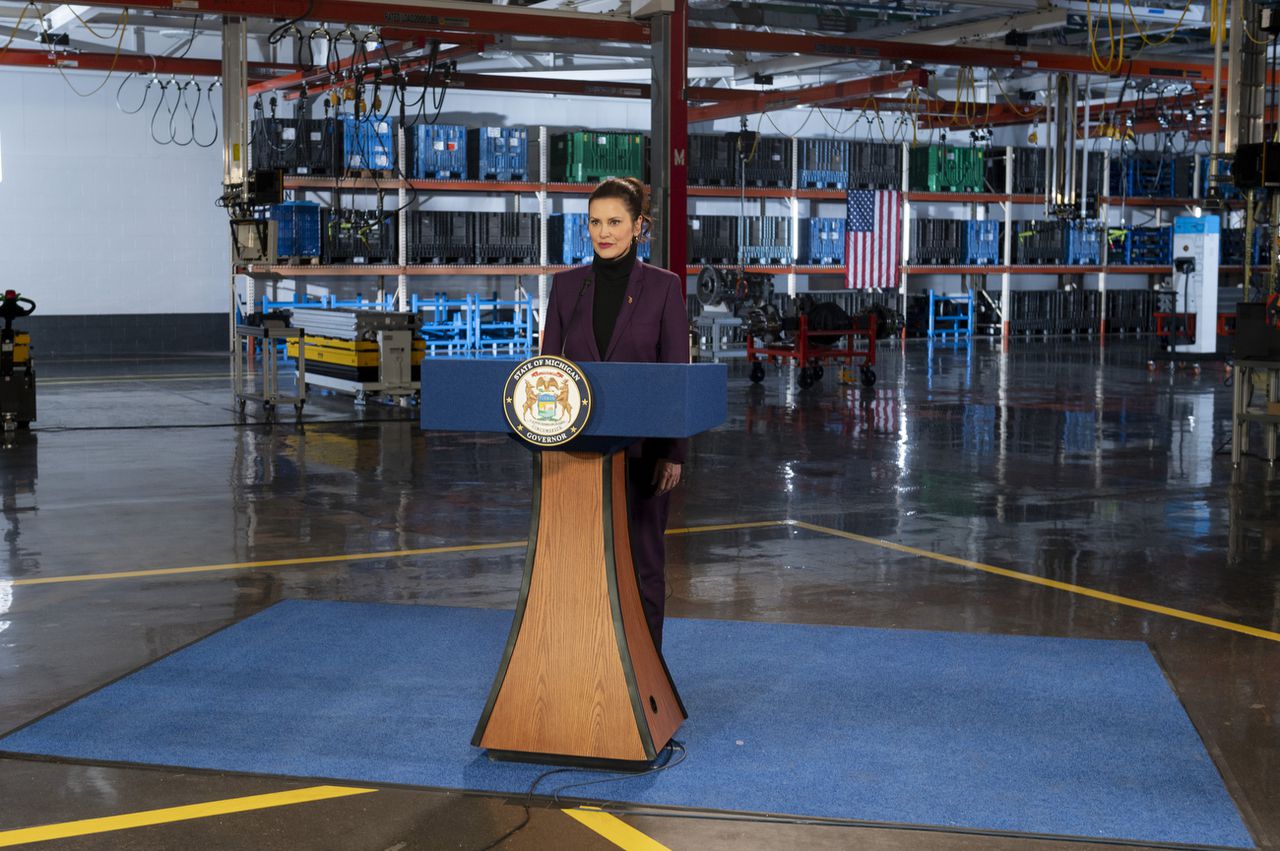 Many Michigan lawmakers were open to Governor Gretchen Whitmer’s calls for tax cuts and a return to in-person learning during her 2022 State of the State address — but members of the The Republican-led Legislature said they were “hoping for a little more.”

Whitmer, who is in the final year of his first term, presented his political platform on the 185th anniversary of the founding of the state of Michigan. Whitmer called for a partnership with the state legislature to cut taxes, increase funding for education, reduce the cost of insulin and create a new rebate for electric vehicle purchases while acknowledging the challenges facing his administration has faced since taking office in 2019.

She also pointed to a recent bipartisan economic development agreement aimed at attracting significant manufacturing investment to the state. A day earlier, she was celebrating a new $7 billion investment from General Motors to expand its production of electric vehicles in Michigan. The deal is backed by $824.1 million in state incentives and is expected to create 4,000 jobs.

General Motors took advantage of a billion dollar economic incentive fund that was quickly introduced by the Legislature with strong bipartisan support. It was created to make Michigan more competitive after Ford Motor Company snubbed the state over an $11.4 billion investment in electric vehicles.

In a joint statement following the speech, House and Senate leaders of the Republican-majority Legislature said they were ready to see more momentum as the state continues to battle the effects of the COVID-19 pandemic and a host of other challenges.

“Unfortunately, Governor Whitmer’s big moment tonight was all about celebrating the accomplishments of others and looking back to things that have already been done or are already underway,” House Speaker Jason Wentworth said. R-Farwell. “We are happy to have his support and we will certainly accept his offer to work together. But I think we all expected a little more from that speech.

Legislative Democrats, meanwhile, said the speech reflected the seriousness of the challenges Michigan residents face while offering a way forward.

“I’m very optimistic after listening to this speech because it’s very easy for any Michigander to think about the past two years and think about the really tough times we’ve been through,” said Sen. Jeremy Moss, D- Southfield. “But it was a speech that reminded us that we endured and we walked through to the other side.”

As Whitmer and the legislative incumbents prepare for a complicated election cycle this fall, reaching a bipartisan consensus could be more difficult. But some of the governor’s top priorities heading into 2022 overlap with the interests of legislative Republicans, and some lawmakers said Wednesday there was room for common ground.

One of Whitmer’s key proposals floated during the speech was to repeal Michigan’s so-called “pension tax” and increase a low-income working tax credit from 6% to 20%, undoing tax reforms created by his predecessor in 2011.

The earned income tax credit allows workers to receive a portion of state taxes based on their income and the number of dependents. Raising the tax refund to 20% would provide an average tax refund of nearly $3,000 to more than 730,000 workers, according to the governor’s office.

Whitmer plans to exempt public pensions and restore deductions for private retirement income. Restoring tax exemptions would save 500,000 households an average of $1,000 a year, according to the governor’s office.

Lawmakers on both sides of the aisle have said they favor the idea of ​​lowering taxes for seniors.

“I have always supported putting money back in the pockets of taxpayers,” Senate Appropriations Chairman Jim Stamas, R-Midland, said in a statement. “The goal is to find a way to responsibly provide relief, knowing that our current level of revenue is unsustainable, much of it being one-time federal funding.”

But House Tax Policy Committee Chairman Matt Hall, R-Marshall, said he was concerned about some of the governor’s plans, including exploring an earned income tax credit. He said he would prefer to see broader tax cuts that provide more relief to Michigan residents, especially given rising inflation and the state’s current revenue surplus.

“We need to look carefully at reducing taxes where federal dollars have provided an injection of funds and created an opportunity to provide relief,” Hall said.

House Democratic Leader Donna Lasinski, Township of D-Scio, said with the ongoing labor shortages caused by the pandemic, the earned income tax credit is “one of the the most reliable steps you can take to encourage people to return to the workforce, to help move up the career ladder and encourage people to work.

“That’s exactly what we need here in Michigan to keep growing our economy — it’s a tax cut that works,” she said.

During her speech, the governor also said she wanted students to resume in-person instruction, but announced no plans to order schools that have gone virtual to do so.

Rep. Graham Filler, R-DeWitt, said he appreciates Whitmer’s support for in-person learning, but said the administration needs to take a tougher stance as some districts continue to use remote options. .

“It’s been an absolute battle…not just here in Michigan, but across the country, to keep schools open,” he said. “I want her to use this bully pulpit to tell schools that at all costs, be open. Because the kids just took it on the chin.

Moss said he appreciated the governor’s recognition of the Oxford students who were killed in a school shooting late last year, but hoped the next step would be to seek bipartisan solutions. who could address gun violence in schools and elsewhere.

“We really need to talk about ways to mitigate gun violence in and around our communities,” he said.

Ahead of the governor’s speech, Senate Majority Leader Mike Shirkey, R-Clarklake, criticized the administration’s response to the pandemic, urging Whitmer to trust residents to make their own decisions in order to put the state back together. on the right track.

“We got here because ineffectual, tone-deaf leadership both in Washington and in the governor’s mansion allowed Michigan to be controlled by the COVID-19 pandemic,” Shirkey said. “Informing, inspiring and trusting people to make the right decision has been replaced by one-sided and often illogical executive orders based on a common theme of fear.”

In addition to policy priorities, the governor and legislature still have to figure out how to spend billions of dollars in federal pandemic aid and a current state revenue surplus. There’s still $7.1 billion in federal COVID relief to negotiate for lawmakers and the governor.

Governor Whitmer’s 2022 State of the State Address: How to watch and what to expect tonight