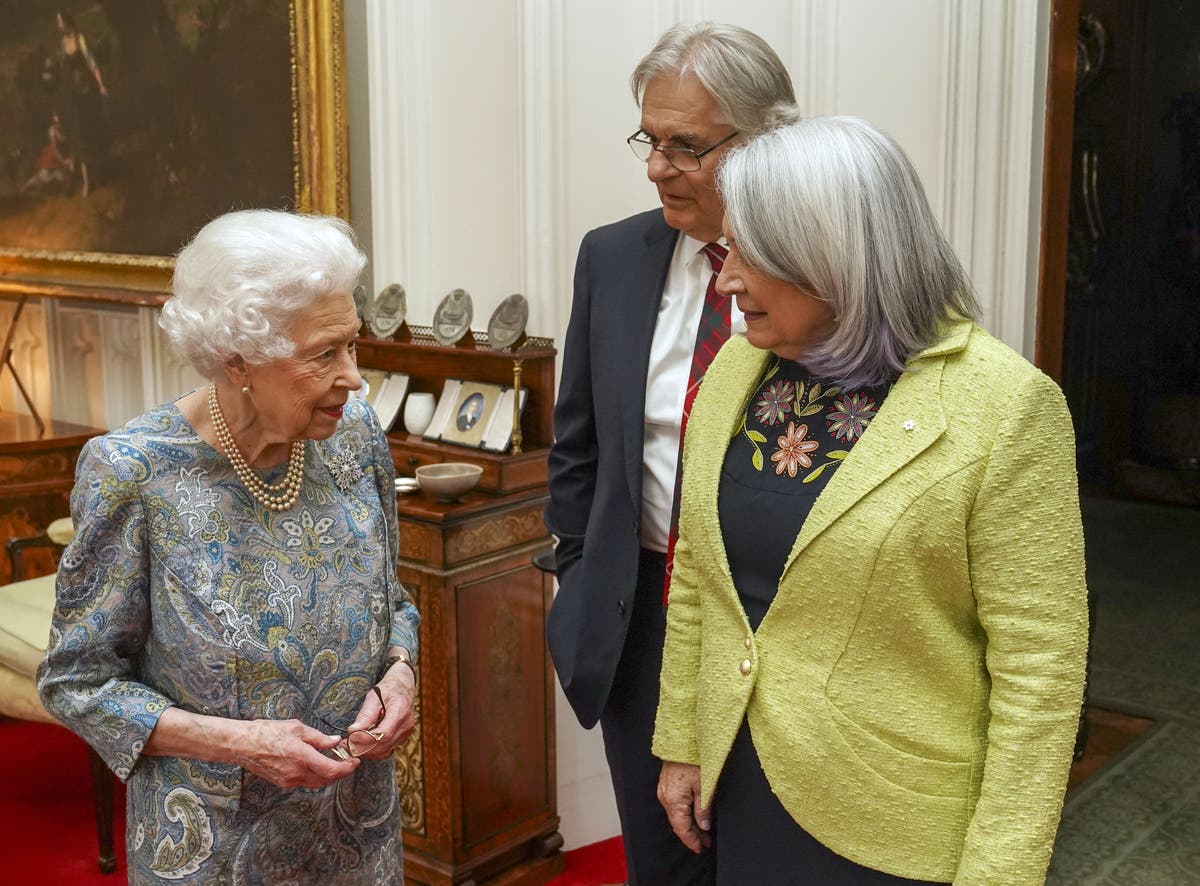 he Queen hosted the Governor General of Canada for afternoon tea – the day after she was absent from the Commonwealth Day service.

The monarch, 95, performed the official engagement in person, welcoming Mary Simon to her Windsor Castle home on Tuesday.

In the Oak Room, the Queen, who is also Canada’s monarch, was pictured wearing a blue and gray paisley dress, standing – without her cane – as she shook Ms Simon’s hand and greeted her husband , journalist Whit Fraser.

The Queen’s absence from the major Commonwealth event at Westminster Abbey on Monday was due to comfort rather than any specific illness.

The head of state, who reached his platinum jubilee last month, has dealt with a bout of Covid in recent weeks and also spent more than three months from October on doctors’ orders not to perform only light tasks.

The Governor General is the Queen’s representative in Canada and acts on behalf of the monarch to uphold the country’s system of responsible government.

She took office in July following a scandal over the country’s long mistreatment of indigenous people.

The Head of State received the ambassadors of Mongolia and Tajikistan by video link at her royal residence in Berkshire.

Mongolian Ambassador Enkhsukh Battumur, in traditional attire, presented his credentials as he addressed the monarch online.

The Queen also greeted Rukhshona Emomali, a diplomat from the Republic of Tajikistan.

On Monday, the Prince of Wales represented his mother at the Abbey in central London for the annual Commonwealth celebration.

In her Commonwealth Day message, the monarch said it made her happy in her Platinum Jubilee year to reaffirm the commitment she made in 1947 to the age of 21 to devote his life to service.