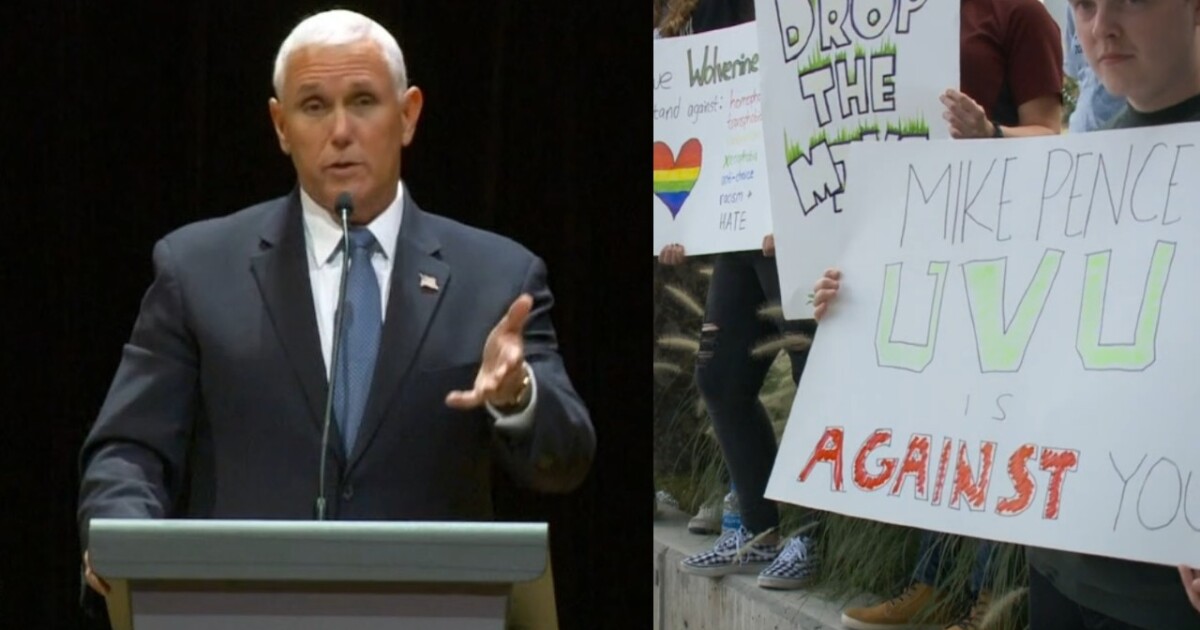 OREM, Utah — Former Vice President Mike Pence faced cheers and criticism during a stop in Utah on Tuesday for a speech at Utah Valley University.

Trump’s vice president said he developed a friendship with former Utah governor Herbert when Pence was governor of Indiana.

“It has been a great privilege to serve as your vice president for four years, and I want to thank the people of Utah for your support,” Pence said.

Pence spoke to about 700 people in the concert hall of the Noorda Center for Performing Arts on the UVU campus.

Pence addressed several burning issues in the country, including the current state of the economy as it relates to inflation and high gasoline prices. He also spoke about immigration, telling the crowd that more needs to be done to secure the border and fix what he says is a broken immigration system.

Pence also pointed to the reversal of Roe v. Wade in June during his speech.

“At last, Roe v. Wade has been sent to the ash heap of history where it belongs, and the American people have been given a fresh start in life,” Pence said.

During a question-and-answer session, a Utah Valley University student asked the former vice president about what happened in the nation’s capital on January 6, 2021.

UVU junior Cade Bloomer attended the forum on Tuesday, saying it was an incredible experience to hear a former vice president speak in person.

“To hear the former vice president’s perception, you know, I think we often take for granted the different perspectives that we as Americans have,” Bloomer said.

Bloomer was also one of a handful of students who got to ask Pence a question.

“Are you running as a candidate for the 2024 presidential election?” Bloomer asked.

Outside, 40 students, signs in hand, gathered to peacefully protest Pence being on campus.

Puck Roth was one of the organizers of the protest as part of the Progressive Student Alliance at UVU.

“Honestly, having him here on campus doesn’t make me feel very safe because he has been actively speaking out against my rights,” Roth said.

Other groups, Roth says, like Students United for Reproductive Freedoms and Spectrum: Queer Student Alliance at UVU also participated in the protest.

Roth says they wanted to make sure all student body voices were heard.

“To make sure we bring in speakers who represent both sides of the political spectrum,” Roth said.

Think concluded his speech and the question and answer session by saying that democracy depends on heavy doses of civility.