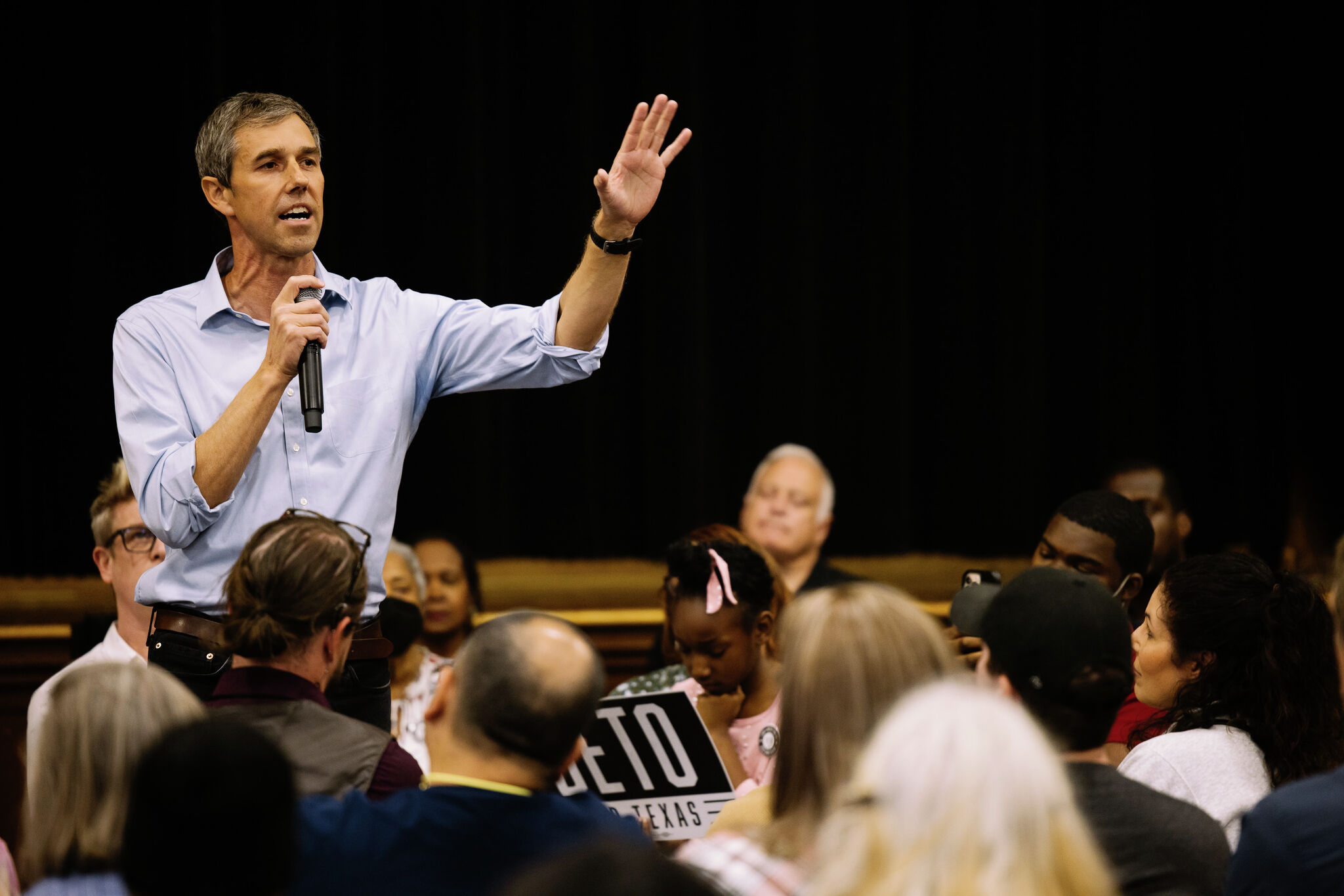 Former Congressman O’Rourke told party members in the state that he would fight to reverse some of the conservative social policies enacted in recent years under Governor Greg Abbott – including voting restrictions, laws looser guns and a ban on abortions – which have increased the state could see a slowdown in the massive influx of businesses and people that propelled its economic gains.


Imagine “a governor who will stand with small business owners to make sure it’s the best place to find innovation, ingenuity and talent, and that we don’t chase these great people away with wars. cultural activities currently being carried out by our current governor,” O’Rourke said.

The El Paso native was the keynote speaker at the state’s Democratic convention in Dallas, where leaders hope to rally voters to unseat Abbott in the Nov. 8 election. The governor’s race has narrowed in recent weeks with polls showing O’Rourke trailing Abbott by single-digit margins.

The findings suggest Abbott’s favor took a hit after the Uvalde school shooting and the US Supreme Court’s decision to end the constitutional right to abortion, after which Texas banned the procedure. Surveys have shown that most Texans support stricter gun control and oppose a complete ban on abortion.

While recent events may boost O’Rourke’s chances, the economy may create headwinds for him and Democrats across the United States. The highest inflation in 40 years has led to a decline in President Joe Biden’s popularity and could make it difficult for the Democratic Party to hold onto its majorities in Congress.

O’Rourke has focused his campaign on advocating for better access to health care, quality education in schools, and the creation of more jobs in Texas. Abbott has made border security a central issue in his campaign, highlighting state programs he has implemented to try to reduce the number of migrants entering the state and to combat drug trafficking. Abbott also frequently touts Texas’ economic growth and the steady flow of businesses and people to the Lone Star State, a trend that has not changed thus far.

This weekend marks the first time Democrats have held a convention, which has been held every two years, in person since 2018. Delegates will vote on the party platform Saturday afternoon. The Republicans held their convention in Houston last month.

O’Rourke announced on Friday that his campaign raised $27.6 million in the 17-week period ending June 30. It would be the highest amount raised by a candidate statewide in Texas during a given reporting period, according to an analysis of Texas Ethics Commission campaign finance records from 2000. Abbott has raised nearly $25 million over the same period.

Still, Abbott has a huge war chest, with $45.7 million in cash as of June 30, according to his campaign. O’Rourke’s campaign has not disclosed his current net worth, but as of last filing report in late February, he had around $7 million.