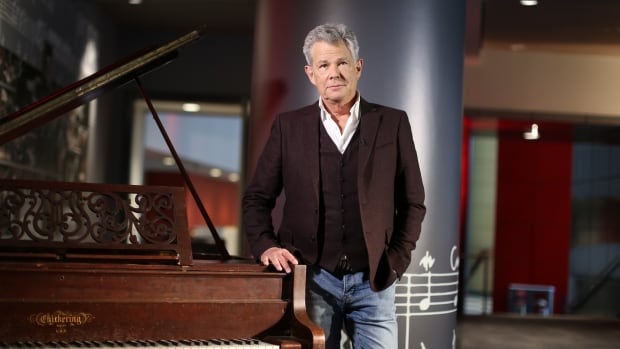 If you’ve ever listened to Celine Dion, Jennifer Lopez or Whitney Houston, then you’ve had the pleasure of hearing the producing talents of David Foster.

But the 72-year-old is also a pianist and songwriter, and now he’s working on a musical.

On Wednesday, Foster — who grew up in Victoria, British Columbia — was revealed as one of the recipients of this year’s Governor General’s Performing Arts Awards, alongside author and playwright Tomson Highway and his compatriot Crytal Pite, choreographer and dancer who began her professional career with Ballet BC

Foster spoke to CBC On the coast host Gloria Macarenko on the honor, his career in music and why, in his 70s, he is enjoying the life of a touring musician.

When you were just starting out as a professional musician — and this goes back to your teens, it should be emphasized — did you have a long-term plan?

Those of us who are lucky enough to know that we want to do something, for sure it’s a big break. I always wanted to make music, but I didn’t know where it would take me, like [for] lots of people, the goal post keeps moving. And as long as you keep that goal post moving, I think you’re in good shape, but I kind of tried to do that.

Do you feel more or less attached to your old songs over time?

Less. I do. I feel less. You are less anxious about almost everything. And so you get more reflection on what you’ve done.

Like a lot of people, I think I’ve accomplished a lot sometimes and then there are other days when I feel like I haven’t accomplished anything and I better get on with it.

I guess it’s the process of trying to be creative.

What new challenges does songwriting on Broadway present to you?

It’s not a Broadway musical yet. It’s just a musical because we’re not on Broadway. But we hope to be and we are getting closer.

We have a three-week workshop in May in New York, which will be our second workshop.

And then we’re going out of town, hopefully in the fall, and hopefully it’ll be in Chicago where we can work more and, God willing, we could be on Broadway next year.

But everything is such an influx right now. Broadway is struggling almost more than anywhere and I don’t really know why, but maybe if there’s a will, there’s a way, we’ll be on Broadway next year .

Is there anything else on your musical to-do list right now?

We toured a lot. I’m married to Katherine McPhee and she’s a great singer. She accompanies me on the road. We’re actually going to go on the road, the two of us, and make it a real show with just the two of us.

The touring thing is great, and I’ll tell you why: because I’ve spent my whole life making music in the studio, getting it out the door, and the artist takes it with him and her. goes out into the world and it’s either works or it doesn’t. But when it works, they can tour and play those songs for a lot of people and they get that feedback and I never got feedback.

So over the last few years I’ve been touring and doing songs that I’ve written and produced and the feedback has been amazing and, I’m not going to lie, it’s a great feeling. I love touring and we are going to do a lot more.

This Q&A has been edited for length and clarity.