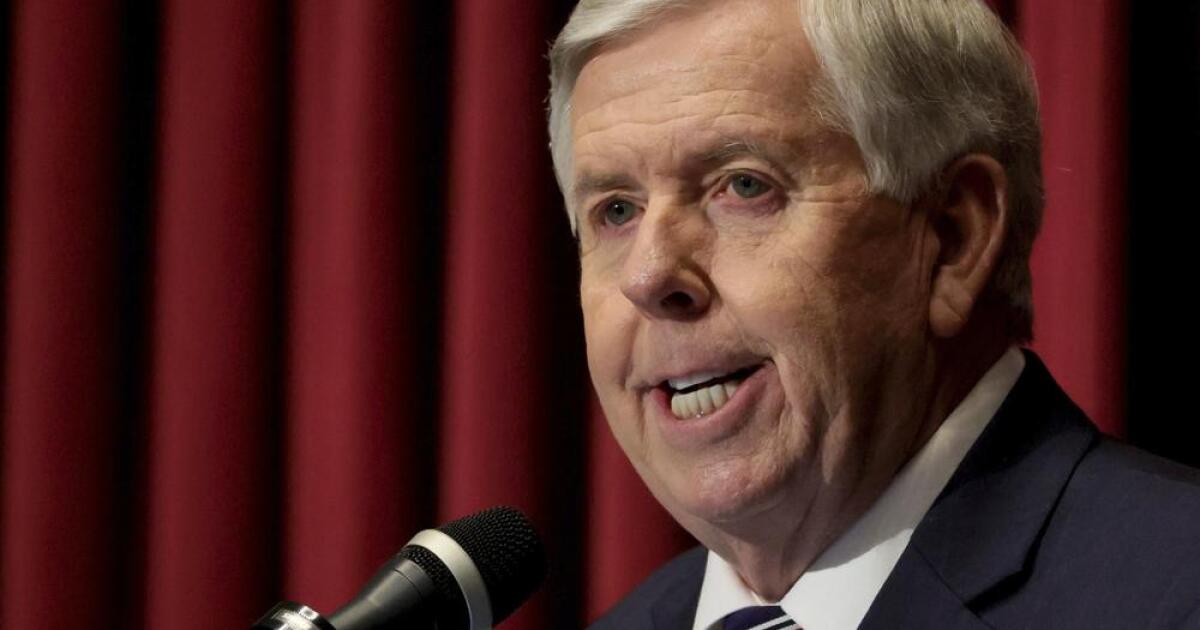 (AP) – Missouri Gov. Mike Parson doesn’t have a “litmus test for nominations,” his spokeswoman said Friday, despite a statement earlier in the week that he would only appoint a state health director who shared his “Christian values.”

The Republican governor, a Baptist, got angry after the Missouri Senate Effectively Ousted Donald Kauerauf as director of the Missouri Department of Health and Senior Services. Although Kauerauf opposes government mandates on masks and vaccines and opposes abortion, hardline conservatives in the legislature have questioned whether he is conservative enough.

Announcing Kauerauf’s resignation on Tuesday, Parson wrote in a statement, “Don is a public health expert who officially opposes masking requirements and COVID-19 vaccine mandates. He is openly pro-life and morally opposed to abortion. The people of Missouri know that I share these beliefs and would not have named anyone who does not share the same Christian values.

The statement prompted some to question whether only Christians should apply for top jobs in the Parson administration.

“I’m curious Governor, is this a standard you traditionally use?” Republican State Representative Adam Schwadron of St. Charles wrote on Twitter. “Article VI of the United States Constitution strictly forbids a religious test as a qualification for any public office or trust. would he be considered for nomination?

But Kelli Jones, spokeswoman for Parson, said in an email that the governor’s statement “was intended to emphasize that Don Kauerauf shared values ​​aligned with those of the governor and was not intended to imply that he requires applicants to adhere to a particular religion.”

Parson, Jones said, “has never demanded a religious litmus test for nominations, as evidenced by the wide range of religious affiliations of his appointees. Just because an appointee has values ​​that match the Governor’s Christian faith does not mean that he requires them to adhere to his religion.

Jones cited as an example Parson’s appointment of former state senator Jamilah Nasheed of St. Louis to the state’s Probation and Parole Board. Nasheed is a Democrat and a Muslim.

“The governor’s remarks are offensive and undermine our nation’s promise of religious freedom, which is the fundamental right to believe or not, as we want, and to know that our government will treat us the same,” Rachel said. Laser, CEO of Americans for Separation. of Church and State.

The Greater St. Louis Interfaith Partnership, whose mission statement says its goal is to deepen “understanding, respect and appreciation among all people of all religious differences,” expressed concern in a open letter to Parson.

“People of all faiths and no faith, in a variety of professions and vocations, make meaningful contributions to our state and community every day,” the letter reads.

In a 2017 interview with the Jefferson City-based Christian publication Word&Way, Lt. Governor Parson spoke about the importance of faith in his role as head of government.

“First of all, I can’t even begin to imagine doing these works if you don’t have faith,” Parson said. “I mean, if you’re not a believer, there’s no way I believe you can be a really effective leader because when you’re in that arena, you’re a leader. And making decisions without faith, for me, would be impossible. I don’t know how you make the decision and how you are going to affect the future if you don’t have belief and faith.