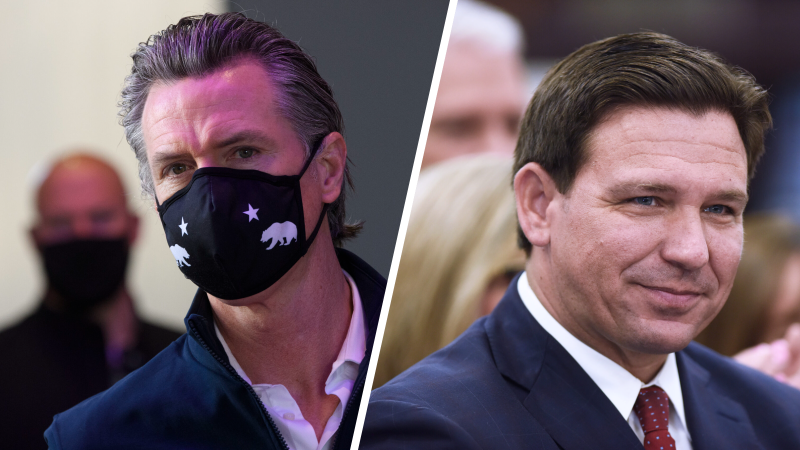 The public rivalry between the governor of Florida and Gavin Newsom of California has intensified in recent months as the two prepare for possible presidential elections in 2024.

Thankfully, it seems most Americans have caught on to his absurd claims, choosing instead to focus on the reality that California is arguably the most mismanaged state in the country.

A new poll released Thursday by WPA Intelligence found that voters overwhelmingly preferred to live in Florida over California, by a margin of 61% to 39%.

It seems more people want to join the in-laws of Gavin Newsom, who also fled his disastrous “leadership” for Florida during the pandemic:

Another blow for Gavin Newsom

Democrats, however, chose California 61% of the time, which isn’t terribly surprising given their track record on the issues.

It’s another blow for Newsom, whose incompetence contributed to California’s disastrous failure to provide enough electricity to power the nation’s most populous state, just days after announcing it would would ban the sale of gasoline-powered cars.

There’s perhaps no better indicator of Newsom’s disastrous tenure than a normal late-summer heat wave stressing California’s power grid to the point of breaking just after saying that in just a few years the vast majority of the state will have to drive electric cars.

Almost everything he has done, endless terms and his behavior during the pandemic, has gone from dangerously authoritarian to deeply hypocritical or horribly incompetent.

DeSantis, on the other hand, created one of the most efficiently run states in the country, with low tax burdens, a commitment to freedom and the protection of its citizens from government excesses, and power generation managed with competence, even in extremely hot climates.

His leadership and decision-making created a massive influx of new residents, while California saw its population decline several years in a row for the first time in state history.

The choice between California and Florida couldn’t be clearer; California is failing, while Florida is thriving.

So the results of this poll aren’t at all surprising… well, it’s a little surprising that Florida didn’t win with an even higher percentage.