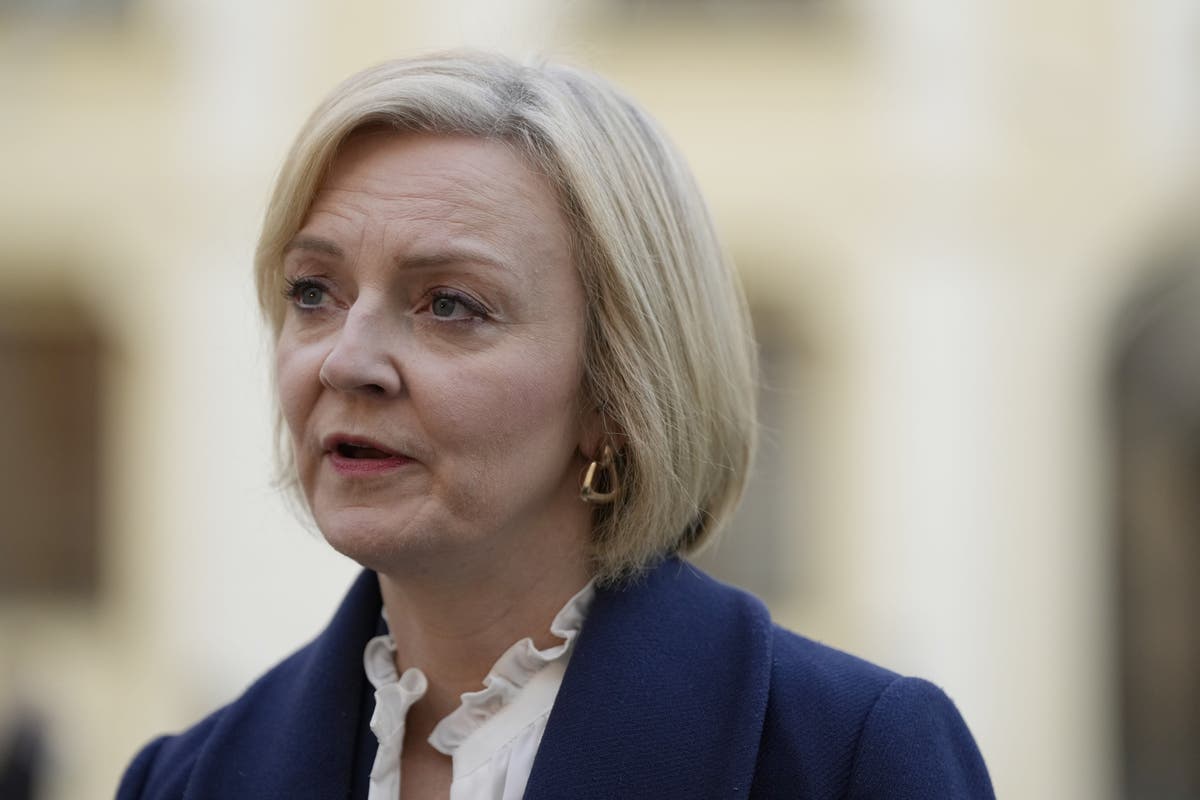 Jacob Rees-Mogg said “nothing is entirely unrelated” but suggested the mini-budget isn’t the main reason for the market turmoil in recent weeks.

Appearing on ITV’s Good Morning Britain on Wednesday, the Business Secretary said: ‘I would like to highlight the day before when the Monetary Policy Committee did not raise interest rates as much as the Federal Reserve. And that was the most profound effect on the markets.

“It’s a real price and it was a widening of the spread between the benchmark which is effectively the US, low risk investment and the UK.”

He also defended the government against the latest criticism from the International Monetary Fund over the UK’s financial plans, telling the programme: ‘Almost invariably when you have a cycle of monetary tightening you have some fiscal easing to ease the pain. which come from a monetary tightening.

Jacob Rees-Mogg said MPs ‘always have a say’, amid reports that some Tory MPs may be working with Labor to force a vote on the government’s fracking plans.

The decision to overturn the fracking ban is being opposed by many Tories, one of many issues causing splits in the party since Liz Truss became leader.

The Business and Energy Secretary told BBC Radio 4’s Today programme: “MPs always have a say in what happens.

Jacob Rees-Mogg answered questions on BBC Radio 4’s Today program after being asked about the turmoil in the markets following the Chancellor’s Mini Budget.

Asked by presenter Mishal Husain if the government could resubmit the budget statement for the new date of October 31 to deal with the crisis triggered by Kwasi Kwarteng’s financial plans, the business and energy secretary said “Wait, you’re suggesting something is causal, which is speculation.

He said pension fund instability was “not necessarily” related to the mini-budget.

“It could just as well be the fact that the day before the Bank of England didn’t raise interest rates as much as the Federal Reserve did.

“And I think jumping to conclusions about causation does not meet the BBC’s requirement of impartiality. This is a commentary rather than a factual question.

Former Conservative health minister Lord Bethell has backed calls for the free school meals scheme to be extended to everyone on Universal Credit.

Speaking to BBC Radio 4’s Today programme, Lord Bethell said: “This is intervention at the most important times in a child’s life so that they achieve the best results at school.

“They then have the best health outcomes in their lifetime and they can be the most productive in their economy. For me, those are the three most important reasons for doing this.

Asked about the government’s attitude towards the health policy proposals, he replied: “I understand the prime minister’s concerns about the country’s culture. She fears that there is an infantilization of the people, that measures like this are a form of collectivization, and I understand where she is coming from, but I am totally pragmatic.

‘There are significant economic reasons for spending the £477m on the free school meals scheme extension.

Lord Bethell, who served in the Department of Health and Social Care under Boris Johnson, added: ‘I think the voters for a measure like this are very adamant, 72% of them support this decision. I think a lot of people in the party rather thought that we ended discussions like this a while ago. So I think they’re a little puzzled as to why we’re reopening them. »

Rees-Mogg: ‘My mortgage payments have gone up’

Jacob Rees-Mogg insisted parts of the economy were in ‘good shape’ as he admitted that after the economic turmoil of recent weeks his own mortgage payments had increased.

The Business Secretary told Sky News: ‘Mortgage rates have gone up for anyone with a mortgage and I have a mortgage.

“All variable rate mortgages have gone up,” he continued.

Asked by host Kay Burley if his had gone up, he replied, “Yes, mine has gone up.”

He also told the program that parts of the economy remained strong, despite the inflation problem.

He cited employment as an area of ​​strength.

“I think the economy has good points and others that there is a difficulty,” he said.

Jacob Rees-Mogg declined to state his own view on whether benefits should rise with inflation – the latest issue dividing the Conservative Party.

“We do not yet have the inflation figure on which the benefits will be fixed. So that is something that will be decided once the figure is available,” he told Sky News.

“Most forecasts, most economic forecasts, turn out to be inaccurate rather than accurate. We must therefore be wary of forecasts. »

While acknowledging that inflation is likely to remain high, he said the process underway at the moment was “completely routine”.

“There is a process for making that decision,” he said. “This decision will be made once the figures are known. The regulatory act must be filed in November to pass the increase. This will happen normally. This is routine government decision-making.

Jacob Rees-Mogg refused to be drawn into speculation over whether the Bank of England should extend its emergency bond-buying program beyond the end of the week.

The Business Secretary told Sky News on Wednesday: ‘Firstly there is the issue of relatively high risk investments that some pension funds have made which have been focused on their gilt holdings.

“The problem with leverage is that when values ​​change, if they change sharply, which has been a phenomenon with gilts because of the change in interest rates, the underlying base rate has gone up so significant in this country and in the world.

“Now if you’ve seen long rates go down, and that’s happening here as elsewhere, that’s had an effect on pension funds.

Pressed on whether the Bank of England was right to signal an end to its intervention in the market, Mr Rees-Mogg repeatedly refused to be drawn to the issue, but insisted he had confidence in Governor Andrew Bailey.

The economy shrank 0.3% in August, sparking renewed fears of an impending recession.

GDP fell more sharply than expected during the month, according to figures from the Office for National Statistics (ONS).

Most analysts expected production to remain flat in August. This means the economy is likely to have contracted in the third quarter as a whole, as September output will have been depressed by the additional public holiday for the Queen’s funeral.

The latest drop comes after growth of just 0.1% in July. This has been revised down from an initial estimate of 0.2%.

The pound swayed again overnight on Tuesday after the Governor of the Bank of England warned that its emergency financial market support program would end on Friday.

Earlier, the Bank intervened for the second time in as many days to prevent ‘fire sales’ of pension fund assets, amid continued market turmoil following Chancellor Kwasi Kwarteng’s mini budget.

But speaking later in Washington, Governor Andrew Bailey warned there could be no further extensions beyond the end of the week.

“My message to the concerned (pension) funds – you have three days left now,” he said. “You have to do this. Part of the essence of a financial stability intervention is that it is clearly temporary.

Following his remarks, the pound fell more than a penny against the dollar to its lowest rate since September 29.

The Prime Minister will face the deputies in the LF

Hello. It’s Wednesday October 12 and we bring you everything you need to know as pressure mounts on the Prime Minister and Chancellor over their plans for the economy.

At lunchtime, we’ll follow what happens when Liz Truss faces worried MPs during Prime Minister’s Questions – for the first time since the Chancellor unveiled his hugely controversial mini-budget last month.