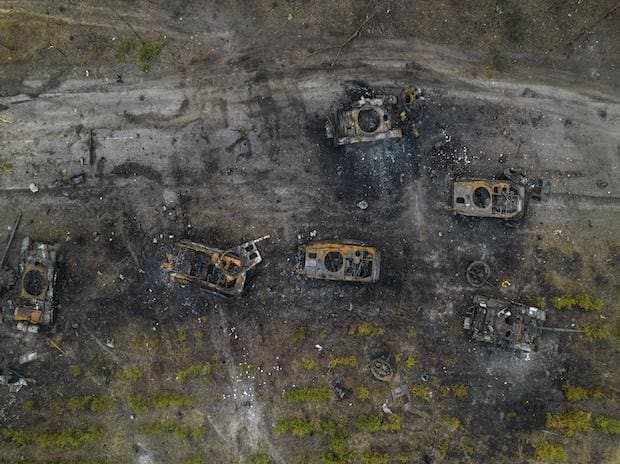 Live updates: Two of Ukraine’s military helicopters struck a fuel depot in the Russian city of Belgorod on Friday, a Russian official said, making the first accusation of a Ukrainian airstrike on Russian soil since Moscow invaded its neighbor in late February.

Video footage of the alleged attack posted online showed what looked like several missiles fired at low altitude, followed by an explosion. Reuters has not yet been able to verify the images.

The United States and Australia have criticized India for considering a Russian proposal that would undermine sanctions imposed by America and its allies, showing a deepening rift between emerging security partners as the minister of Foreign Affairs Sergei Lavrov was traveling to Delhi for talks.

“Now is the time to stand on the right side of history and stand with the United States and dozens of other countries, standing up for freedom, democracy and sovereignty with the people of Ukraine, not by financing, fueling and aiding President Putin’s war. Commerce Secretary Gina Raimondo told reporters in Washington on Wednesday. She called reports of the arrangement “deeply disappointing,” while adding that she hadn’t seen the details, Bloomberg reported.