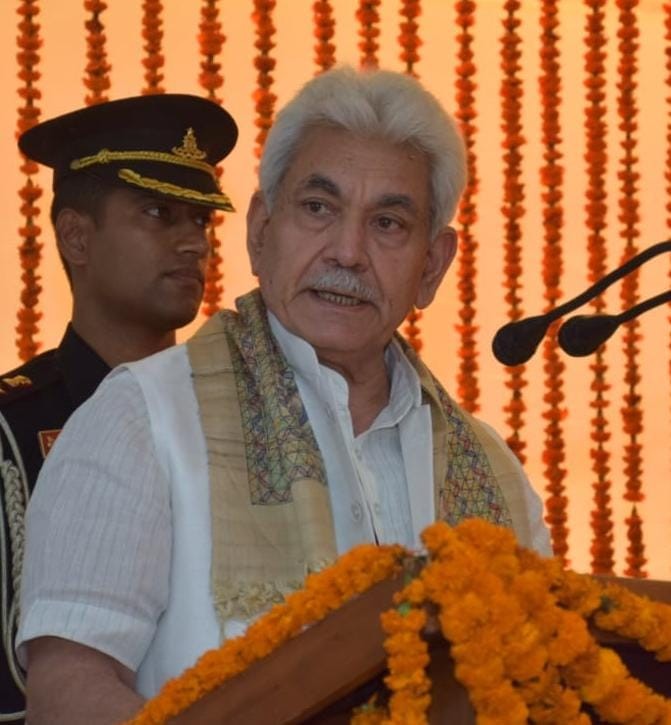 It is a great privilege for me to be part of Maharaja Gulab Singh’s 200th Raj Tilak celebrations. There have been very few kings in pre-partition India who are not known by the boundaries of their kingdom but because of the vastness of their personalities. I bow to the virtuous memory of Maharaja Gulab Singh ji, the epitome of bravery, strength, benevolence and spiritual light. He was undoubtedly one of the greatest warriors of his time and holds a special place in the heart of every Indian. My greetings and best wishes to the people on the occasion of their 200th coronation ceremony.

In the 18th century, there were many kings and maharajas, but in the 19th century, Maharaja Gulab Singh was the only great personality who started his life as a soldier and conquered great states with his strength and determination.

Whenever one reads the example of bravery and dedication in history, there will definitely be a mention of Maharaja Gulab Singh shining atop the list of mighty warriors.

Jammu and Kashmir prides itself on having a towering personality like Maharaja Gulab Singh. Due to the Mahalwari system of the East India Company, there was an outcry at this time from the North Eastern Province, Central India, Punjab to the Ganges Valley. At such a time, Maharaja Gulab Singh had made Jammu the fulcrum of new kingdoms by establishing the Dogra dynasty with his indomitable personality.

Maharaja Gulab Singh established order in Jammu and succeeded in bringing the border of undivided India to the border of the former Soviet Republic for the first time. He did not bog down despite losing his personal family and after acquiring Kashmir in 1846, the history of Jammu and Kashmir is known as a new history.

My friends, for 70 years after independence, we have heard the difficulties and problems of a very large part of Jammu and Kashmir, which was largely burdened by separatism, corruption and the rule of a few of families. On August 5, 2019, the Honorable Prime Minister of the country, Shri Narendra Modi ji rid us of this mismanagement and all kinds of helplessness in Jammu and Kashmir.

My friends, this is Jammu and Kashmir where 8-9000 projects were completed in a year by spending thousands of crores before 2019. We completed 51,000 projects in the last fiscal year. It is the result of a system without fear or corruption.

By eliminating separatism, by destroying the ecosystem of terrorism, the administration today is doing everything possible to realize the hopes and dreams of the ordinary citizen. Jammu and Kashmir once ranked 13th and 14th in terms of road construction in the country. Today, we are in third place in the whole country. Previously, in Jammu and Kashmir, 6 km of roads were constructed every day, whereas today 20 km of roads are constructed every day. In 70 years, an investment of only 15,000 crore came to Jammu and Kashmir, but in just one year, we were able to bring an investment of 51,000 crore.

My friends, it is the change that is visible to all and I am sure that future generations will remember the hard work that has been done to bring the crown jewel of the country to the pinnacle of development.

I once again convey my best wishes to you on the occasion of the 200th coronation day of Maharaja Gulab Singh, the pride of Jammu and Kashmir and all India.