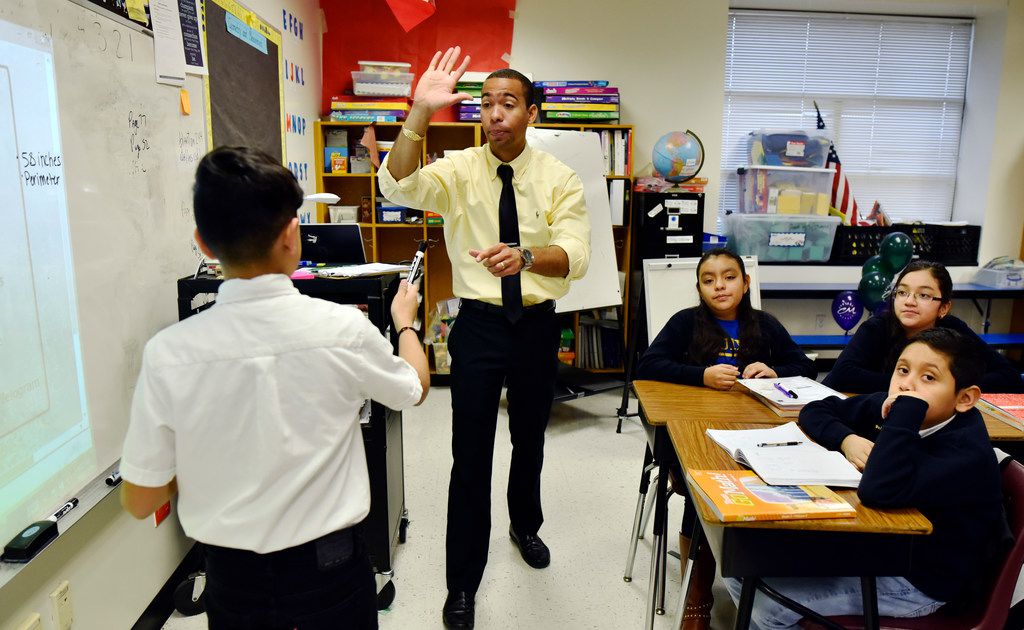 I am a public school teacher in Texas. I have followed news of this task force with interest and severe skepticism. Many of my fellow educators feel the same way. That an outcry was needed to remind the governor to include teachers in a task force on our own profession pretty much sums up the problem.

I would strongly encourage The Dallas Morning News start publishing what teachers are saying about the crisis in our profession. It would be a refreshing change to hear from those who know what is needed to improve educational outcomes in our state. Here is my preliminary list:

First, pay us what we are worth. Start with yearly increments that aren’t tied to test scores. Second, forgive student loans for current and future teachers. Use it to entice the best and brightest to come in and stay in the classroom. Third, limit the size of classrooms for each grade level. A class should never exceed 20 students. And fourth, ending standardized testing, effective immediately.

If you are a teacher in Texas, what are your recommendations? Unlike the governor, I’m actually interested in hearing from the experts in the field.

While I agree that we need to be open to our own energy sources, re-launching the Keystone XL pipeline to span the Ogallala aquifer is not the right way to do it.

The oil that would flow there comes from the oil sands of western Canada in Alberta. These oil sands contain some of the most contaminated and harmful oily materials in the world. The Keystone XL pipeline route would be over the Ogallala Aquifer, a resource that supplies groundwater not only to communities in West Texas, but also parts of New Mexico, Wyoming, Colorado , Kansas, Nebraska, Oklahoma and South Dakota. This water is used for human and livestock drinking as well as crop irrigation.

If even one small leak in the pipeline went undetected, the Ogallala Aquifer would be contaminated and harm our food and water supply, and the beauty of the land it runs through would be destroyed.

Funds are needed at home

Re: “Millions soon to fall off Medicaid,” Tuesday’s news article.

Here we go again, spending billions and billions on foreigners instead of our own citizens. We do not provide medical insurance to our working poor, our poorest poor, or our destitute. And forget about subsidized or affordable dental services.

We don’t have enough social housing or, in some cases, sewage or drinking water. Most American cities have a poor part of town, unpaved roads, substandard schools, and the list goes on. How long did it take to clean up “Shingle Mountain” for lack of money? What if we financed the plugging of gas wells?

I have compassion for the Ukrainian people and for all those who are in war zones, as well as for those who live in countries suffering from famine and drought. However, I strongly prefer that our limited taxes be spent on our citizens and our country.

Not a fan of Thomas

Re: “My only criterion: conservatism” by John Riggs, Tuesday Letters.

If all Supreme Court justices were like Clarence Thomas, there would be no need for the court, as all social and business issues would have a known voting outcome.

The Supreme Court of the United States, as currently composed, is a highly partisan institution. Court appointments have been politically manipulated, especially in the case of Merrick Garland. I would further argue that the decisions made by these judges represent their own personal biases, and three were selected by former President Donald Trump for a specific purpose. Most share common religious and educational backgrounds that do not reflect the growing population of the United States.

Nine judges are divided into two camps, but all are renowned for their expertise in constitutional law. The only conclusion is that everyone brings their personal biases to the table. Data supporting conclusions is handpicked to reflect a desirable outcome rather than data leading to an outcome through a logical process. Diversity is important, and the Supreme Court should reflect that diversity.

Thomas is an unwanted outlier on the political spectrum. His opinions are known before the start of the hearings. A model for judges, I think not.

My wife recently sent in some COVID-19 test kits that the government advertised online. We received them quickly. No problem with that.

All kits are made in China and expire in five to six months. Although obtaining the tests is “free” and convenient, how many millions of dollars have been sent abroad to obtain these tests? Without doing an exhaustive search, is it not possible that the kits could have been purchased at the national level? And do we pay for them through taxes or deficit financing?

They are not free, and who actually benefits? There should be many more questions about the process.

Click on here submit a letter to the editor. Be sure to include sources.