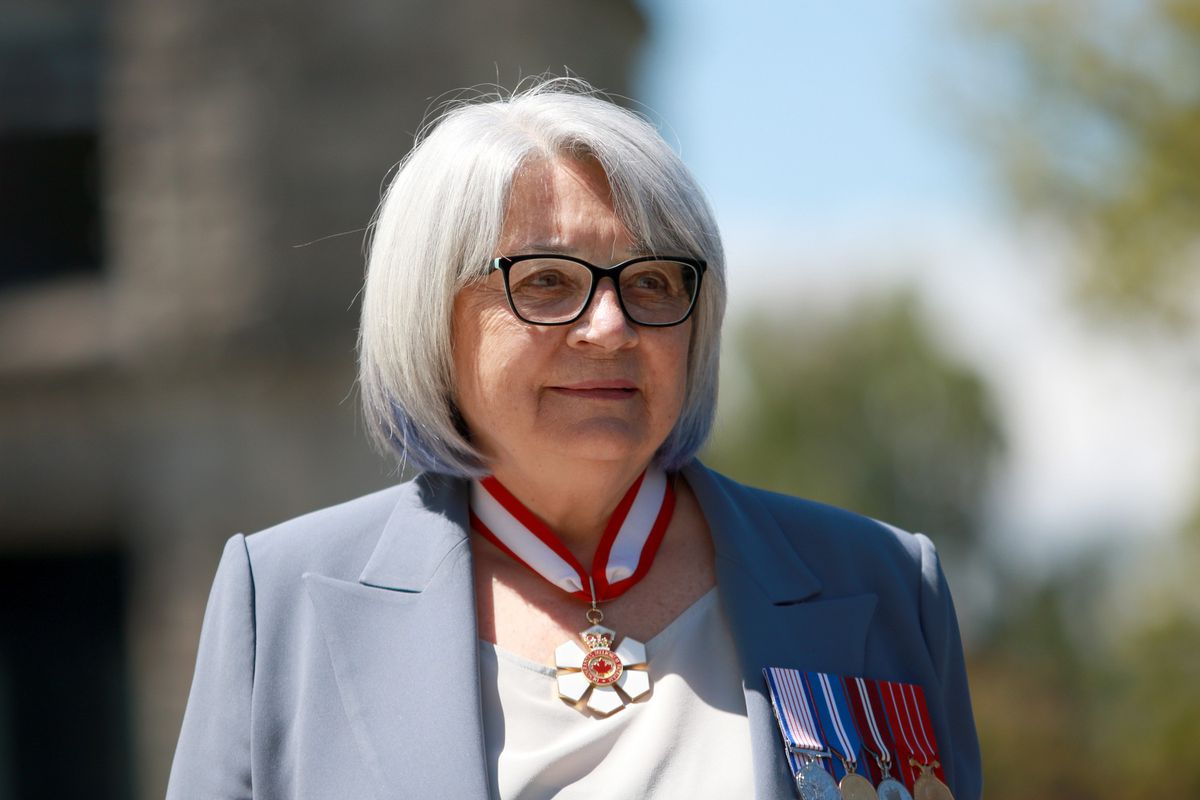 On Friday, Prime Minister Justin Trudeau called for unity amid a potentially divisive national holiday, using his official Canada Day speech to call for a deeper commitment to Canadian values ​​like hope and kindness.

The Prime Minister said the date marking the 155th anniversary of the Confederation of Canada provides an opportunity to embrace the values ​​represented by the maple leaf, adding that the flag is more than a symbol.

An unprecedented level of security brought residents and visitors together in the nation’s capital on Friday for the first in-person Canada Day events in Ottawa since the COVID-19 pandemic began.

Police had a highly visible presence throughout downtown, with groups of officers marching through the streets and cars framing the entrance to LeBreton Flats Park where major celebrations are due to take place. Visitors had to walk through airport-style metal detectors and have their bags searched before entering.

Early arrivals included Donna Marzolf and her 12-year-old daughter, Alexis Livingstone, who traveled from Calgary to take part in the celebration and secure front row seats on the main stage. Alexis, sporting a maple leaf t-shirt and carrying a small Canadian flag, said she was especially thrilled to see her twin sister Sophia perform O Canada during the festivities as part of the Calgary Children’s Choir.

The twins’ mother said the day was a celebration of “peace, security and freedom – although that sort of thing has a bad connotation at the moment”.

Karen MacDonald came from Ladner, BC for her first visit to Ottawa.

“It’s really exciting for me to be here in person,” she said. “So many different people in the city are all wearing red and white, with flags. It makes my stomach hurt with pride.

In addition to people celebrating the holiday, a convoy of protesters opposing COVID-19 restrictions — who often drape themselves in Canadian flags — are planning events in Ottawa on Friday. But the National War Memorial, which was the site of a large rally on Thursday evening, was quiet early on Canada Day as a handful of visitors took photos.

Small lines of people were checked by metal detectors at the entrances to Parliament Hill as a calm but festive crowd strolled through downtown streets closed to vehicles.

Trudeau’s official holiday message, released Friday morning, described Canada as strong because of the diversity of its roughly 38 million people.

“No matter what our faith, where we were born, what color our skin is, what language we speak or who we love, we are all equal members of this great country,” he said. “And today we celebrate the place we all call home.”

In apparent reference to treatment of Indigenous peoples, including in residential schools, Prime Minister spoke of Canada’s ‘historic wrongs’, saying while we can’t change history, we can work to build a better future .

Governor General Mary Simon delivered her own Canada Day speech calling on Canadians to work together to build an inclusive society.

She urged people to be kind to each other, to learn from each other and to listen to the indigenous peoples, on whose lands we live.

The governor general is due to deliver a speech at official celebrations in Ottawa on Friday, which the prime minister will also attend.