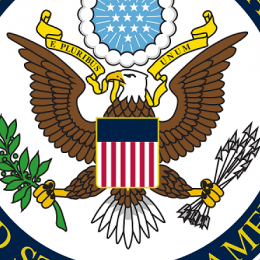 WASHINGTON — The US-Mexico Cyber ​​Issues Task Force released a joint statement following a bilateral cyberdialogue on their joint commitment to a secure and stable Internet.

In the memo released by the U.S. Office of the State Department Spokesperson, he refers to the August 10 meeting as follows: “…his first bilateral cyber-dialogue since the establishment of the U.S.-Mexico Bicentennial Framework for Safety, Public Health, and Safe Communities. And goes on to say that the main objective of the meeting was to advance bilateral cooperation on cyber issues facing the countries.

“Cybersecurity is an area that is becoming increasingly relevant to society. During the meeting, the delegations discussed various aspects of each country’s institutional structure and strategy for dealing with threats in cyberspace,” the State Department wrote. “They also discussed institutional capacities to prevent and counter cybercrime, as well as efforts to foster a greater culture of cybersecurity awareness and cyber hygiene. In addition, the two delegations discussed specific cooperative efforts in cyber defense and cyber security, including critical infrastructure protection.

The United States is increasingly opposed to state actors from Russia and China attacking both public and private infrastructure. Tensions in this area have only increased in recent months with continued US support for Ukraine in its conflict with Russia. This month, US Cyber ​​Command deployed a team of operators to Croatia to detect malicious cyber activity in the region. “This kind of cybersecurity partnership is essential in today’s world as it expands our reach and capabilities,” Croatian Security and Intelligence Agency Director Daniel Markić said. “We face the same adversaries and threat actors in cyberspace, and we both gain and share valuable insights into cyber resilience as it has become the key objective of national security.”

Of the $6 trillion cost of cybercrime worldwide, the United States lost $6.9 billion to various cybercrimes. It was about as high as $7.7 billion for Mexico. In the CyberEdge Group’s 2022 Cyber ​​Threat Defense Report, in a survey of multiple countries and seven major industries, 90.6% of Mexican businesses said they had been victims of cybercrime, the fourth highest on the list. The United States was tenth on the list with 86.8% reporting.

“The two governments are committed to continue to strengthen their cooperation to build a more secure and resilient region and to expand their collaboration to address common threats in cyberspace.” The State Department wrote. “These efforts will strengthen the ability of the societies and economies of both countries to benefit from the opportunities offered by new digital and information technologies.

The full statement can be viewed at www.state.gov/joint-statement-on-us-mexico-working-group-on-cyber-issues/.