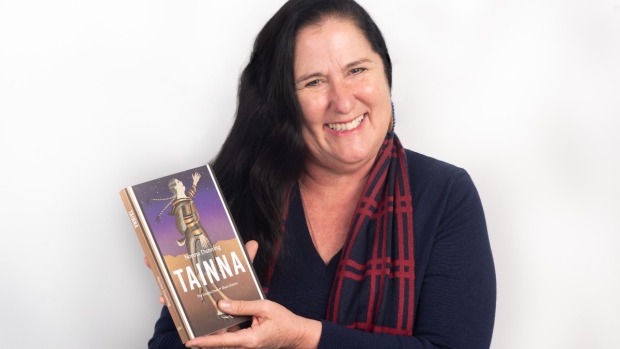 A mother of boys, Norma Dunning says she likes to think of her books as her “daughters”, even using the pronouns “she” and “she” to refer to her works.

One of her daughters, “Tainna: The Unseen Ones,” gave the Inuk writer something to be proud of, as the 2021 winner of the Governor General’s Literary Award for Fiction.

Dunning said she didn’t know the short story book had been submitted for the $25,000 prize until she opened her inbox last month to find that “Tainna” had been named a finalist.

The author, scholar and grandmother from Edmonton said the win gave her a level of visibility that she is often denied as an older Indigenous woman.

“For someone who has always been a writer, it was validation of work that I offered,” Dunning, 62, said by phone ahead of the awards announcement on Wednesday. “It’s just a nice reward at the end of it all.”

While she’s been writing since she was young, Dunning said she didn’t consider pursuing her passion on a professional level until her sons began having children of their own.

“Everything I’ve done has been late,” she said. “I started thinking ΓÇª other people should read this. It’s not just for me anymore.”

Dunning enrolled in college at age 50, focusing her scholarship on Indigenous studies and educational science, while honing her craft in creative writing classes.

As she rose through the ranks of academia, eventually becoming a teacher at the University of Alberta, Dunning continued to balance research and fiction.

She wrote “Tainna” while working on her doctoral thesis in Victoria. The short story collection, published by Douglas & McIntyre, focuses on the experiences of today’s Inuit living outside their home territories.

“I’ve written a lot about other people’s expectations of Inuit,” Dunning said, noting that the stories touch on issues like racism and missing and murdered Indigenous women and girls.

“I love it, so I want everyone to read it,” she said. “It’s a group of stories that really make us think about our own perceptions of what Inuit are or should be.”

The Governor General’s Literary Awards, which are administered by the Canada Council for the Arts, awarded honors in seven categories in English and French.

Kingston, Ontario poet Sadiqa de Meijer received the non-fiction award for ‘alfabet/alphabet: a memoir of a first language’, published by Anstruther Books, which explores her transition from Dutch to English .

Tolu Oloruntoba of Surrey, British Columbia won in the poetry category for “The Junta of Happenstance,” also from Anstruther Books.

The drama award went to Hannah Moscovitch of Halifax for “Sexual Misconduct of the Middle Classes,” published by Playwrights Canada Press.

In children’s literature, Philippa Dowding of Toronto won the text prize for “Firefly”, published by DCB, while Winnipeg writer David Robertson and Vancouver artist Julie Flett shared the picture book prize for ” On the Trapline,” published by Tundra Books.

The winner of the French to English translation is Erin Moure from Montreal for “This Radiant Life”, published by Book..hug Press, based on Chantal Neveu’s original work, “La vie radieuse”.

Each winner receives $25,000, while the publisher of each winning book receives $3,000 to support promotional activities. Finalists each receive $1,000.

There are separate French language categories for French writing.

Founded in 1936, the Governor General’s Literary Awards award a total of approximately $450,000 annually.

This report by The Canadian Press was first published on November 17, 2021