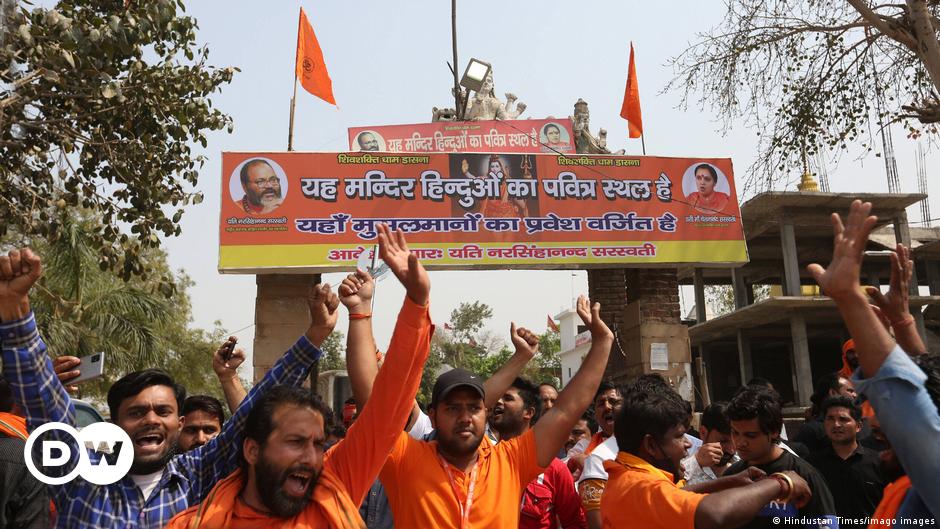 Police in northern India said on Friday they were investigating an event in which Hindu religious leaders called for massacres of Muslims in the country.

Videos of the religious rally in the northern Uttarakhand town of Haridwar went viral earlier in the week.

“We took note of the videos, which were going viral and spreading hatred through provocative speeches against a particular religion,” Uttarakhand Police Chief Ashok Kumar said.

A link made with the Rohingya genocide

One of the speakers at the event, which took place earlier this month, called on the crowd to be “ready to die or kill”.

“Like in Myanmar, the police, politicians, army and all Hindus in India need to pick up the weapons and do this cleanup. There is no other option,” the man said.

Another delegate said Hindus should not be afraid of being jailed for killing Muslims.

“Even if only a hundred of us become soldiers and kill 2 million, we will be victorious,” the woman said.

Prominent Muslim lawmaker Asaduddin Owaisi wrote on Twitter that the videos were a “clear case of incitement to genocide”.

At least one BJP member attended the rally in Haridwar.

Neither the party nor the government have yet commented on the event.

“Not a glance, let alone condemnation, from the government. The sad truth is that this deafening silence is not in the least surprising,” Wilson Center’s Michael Kugelman wrote on Twitter.

A criminal investigation for incitement to hatred in progress

There were no arrests, but the police vowed that “strict measures will be taken against the culprits.”

The case was registered under a section of Indian law which prohibits promoting hostility between different groups on religious grounds.

If convicted, an accused faces up to three years in prison.