India is a “friendly” country, ready to cooperate with us: Governor General of SVG 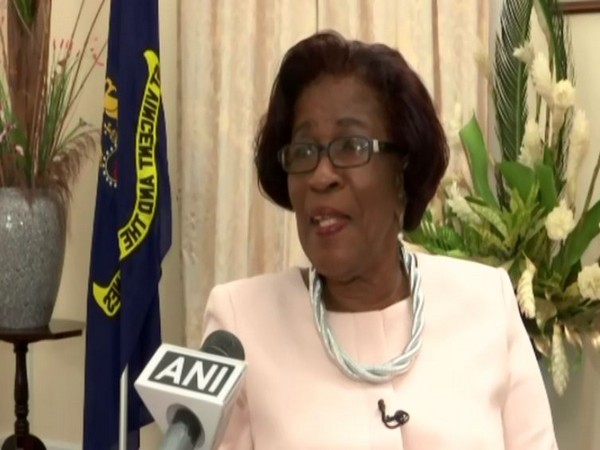 Kingstown [Saint Vincent and the Grenadines]May 21 (ANI): The Governor General of Saint Vincent and the Grenadines, Susan Dougan, has declared that India is a friendly nation and willing to cooperate with her country.
“India is friendly and willing to cooperate with us as a nation and we are very lucky to be one of the nations,” Governor General of SVG told ANI.
Referring to President Ram Nath Kovind’s visit to SVG, Dougan said his visit is significant as he took time out of his busy schedule to visit their country, which is also not close to India. .
The Governor General said that President Kovind is a warm and gentle person and it takes a few minutes for people around him to see this personality.

Responding to the possibility of expanding the bilateral relationship with India, Dougan said, “We hope to have a market in India…the bilateral relationship between us is important.”
Referring to Prime Minister Narendra Modi’s speech at the 76th session of the United Nations General Assembly, where he said to only use ocean resources and not to abuse them, the Governor General said that she totally agreed with him. She added that water resources are dwindling and fish are dwindling due to plastic and other things being thrown into the river.
Susan Dougan said naming the Calder road “India Drive-Bharat Marg” is meaningful and close to her heart as well.
“My great-great-grandparents are from Madras, India. Growing up, I was very close to the Indian community. To name the Calder Road, ‘India Drive-Bharat Marg’ is important because it means a lot for our people. . That means a lot to me,” she added.
Referring to Indian visitors to Saint Vincent and the Grenadines, Dougan said: “We have seen a number of Indian professionals visiting our shores as our government has made it easy for them to stay. Some of them have been living here for over 30 years and has made a significant contribution not only to the profession but also to the economy.” (ANI)