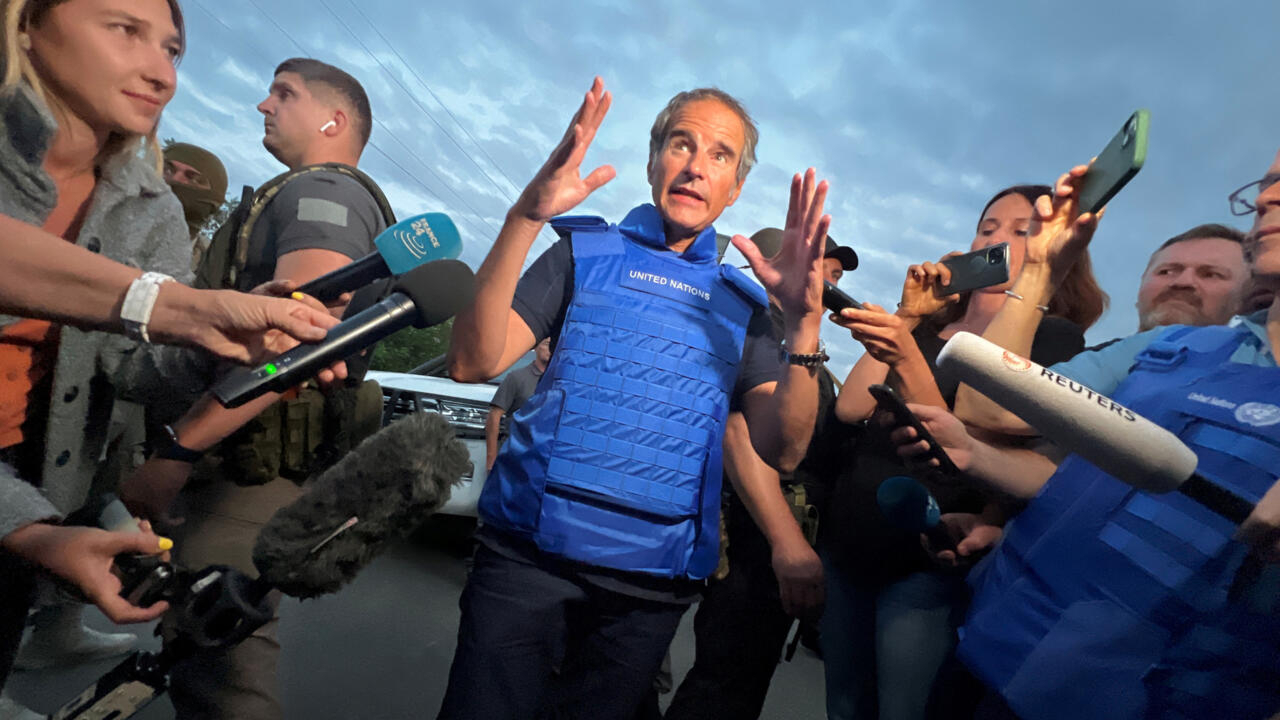 The head of the International Atomic Energy Agency (IAEA), Rafael Grossi, expects to return “soon” to Ukraine, he told reporters, amid negotiations to establish a protection zone of security around the Russian-occupied Zaporizhzhia nuclear power plant. Meanwhile, Sergei Surovikin, the new commander of Russian forces in Ukraine, said the situation for his forces in Ukraine was “tense”. Read the FRANCE 24 live blog for the latest developments. All are in Paris time (GMT+2).

“Yesterday we saw again Russia’s targeted attacks on civilian infrastructure. This marks a new chapter in an already very cruel war. The international order is very clear. These are war crimes,” he said. von der Leyen in a speech to European Union lawmakers. Parliament.

“Targeted attacks on civilian infrastructure with the clear aim of cutting off men, women, children from water, electricity and heating with the onset of winter are acts of sheer terror. and we must call it that.”

8:43 am: Belarus says no mobilization planned as part of military eligibility checks

Belarus said on Wednesday it had started summoning citizens to verify their eligibility for military service, but did not plan to call up. “Military registration and enlistment activities are strictly routine and are expected to be completed by the end of this year,” the Defense Ministry said.

08:37: “A sign of the very serious pressure that Russian commanders are under”

FRANCE 24’s Catherine Norris Trent reports from the Ukrainian town of Kryvyi Rih on Russian plans to evacuate civilians from Kherson to the other side of the Dnipro along with the Commander-in-Chief of Russian Forces in Ukraine describing the situation for his troops as ” tense”.

The head of Ukraine’s occupied Kherson region, installed by Russia, said on Wednesday that around 50,000 to 60,000 people would be evacuated to Russia and to the left bank of the Dnipro River, the official TASS news agency reported. .

“After shelling the city, an attempt to land was launched, including an attempt to seize the Zaporizhzhia nuclear power plant. The battle lasted several hours, at least three to three and a half hours,” RIA quoted Russia-installed official Vladimir Rogov as saying, adding that the attack was “repelled”.

07:00: “Electricity supply to a large area in the northeast of the city (Kyiv) was interrupted”

4:00 am: IAEA chief hopes to return to Ukraine ‘soon’ for talks on nuclear power plant

Grossi acted as an intermediary between Moscow and Kyiv in an effort to establish a nuclear protection and safety zone around the plant, which has been hit by power cuts in recent weeks due to the bombing of the site.

1:47 a.m .: Russian commander says situation is “tense” for his forces in Ukraine

The new commander of Russian forces in Ukraine has made a rare acknowledgment of pressure from Ukrainian offensives to retake southern and eastern regions that Moscow says it annexed just weeks ago.

In another sign of Russian concern, the Kremlin-installed leader of the southern strategic region of Kherson announced on Tuesday an “organized and gradual displacement” of civilians from four towns on the Dnipro River.