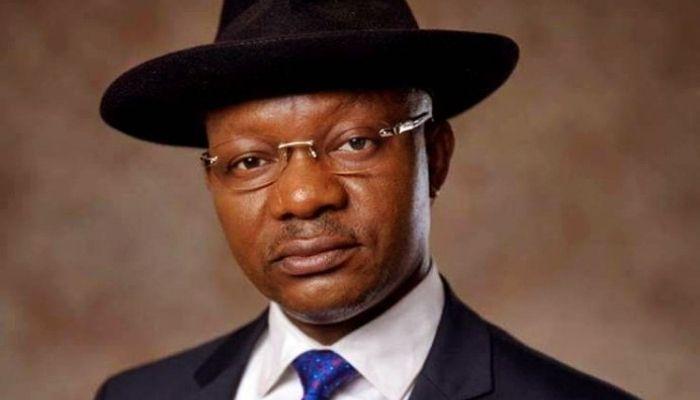 The Delta State Government has said that Ovie Omo-Agege, Deputy Speaker of the Senate, does not have the capacity to govern Delta State because he has not told Deltans and Nigerians what he intended to do differently if elected governor next year.

Charles Aniagwu, the state information commissioner, who spoke to reporters in Asaba on Friday in reaction to the declaration speech from the governorship of Omo-Agege, said the speech was empty and without interest.

We are surprised that someone who occupies a sensitive position as vice-president of the senate in the country can organize a declaration which we do not blame him because it is his democratic right but we advise him to raise the bar and to not to make mainstream MPs who are not Deltans think that our level of understanding of the issues is declining, the commissioner said.

“We (Delta State) remain number one in the country and that’s why we say ‘Delta nor dey carry last’ and we don’t want someone who is supposed to be in a very responsible position to lower that very enviable position that our state occupied in the scheme of things politically or otherwise,” he added.

Aniagwu who was in the company of Olisah Ifeajiaka, Governor Ifeanyi Okowa’s chief press officer, also hit out at Omo-Agege for his lack of discipline in time as the senator only arrived at the place of the statement at Effurun only Thursday at 3 p.m. for the program scheduled for 10 a.m. .

The man who aspires to lead our state cannot display this level of indiscipline in the first place, Aniagwu said.

“We are also shocked that on a live show he had paid a reasonable amount of money, in an effort to show off and if on a live show he can’t even tell people what he wants to do to govern our state, you can understand why we are disappointed with this vacuum, ”said the commissioner.

The Information Commissioner called Omo-Agege’s attacks on the Okowa administration and the PDP petty and an indication that the central delta senator was being frugal with the truth for political reasons.

He said Okowa had done his best to develop all parts of the state over the past seven years and urged the senator to return home often to keep up to date with projects being carried out by the administration led by the PDP in the state.

“First and foremost, Senator Dr Ifeanyi Arthur Okowa is not on the ballot for the Delta State gubernatorial election until 2023 as he is about to complete his second term. , which the Constitution permits.

“And so anyone who says we’re going to kick him out of the office when the man is already preparing to leave the office means the man doesn’t really understand the state of things.

“Now is not the time to say you want to chase a man who is not arguing with you. If you are to sue, you must chase those with whom you are in the same race because, as far as we know, Senator Dr Ifeanyi Okowa is not running in the same race as Senator Ovie Omo-Agege.

“A man can’t be in a boxing ring preparing to knock out his opponent and then you who are in a tennis court are now preparing to win him. It’s not the same game and that further underscores the emptiness of that statement.

Aniagwu pointed out that Omo-Agege has shown crass ignorance on developments in the state, noting that the three senatorial districts have received reasonable attention in terms of infrastructure and human capital development.