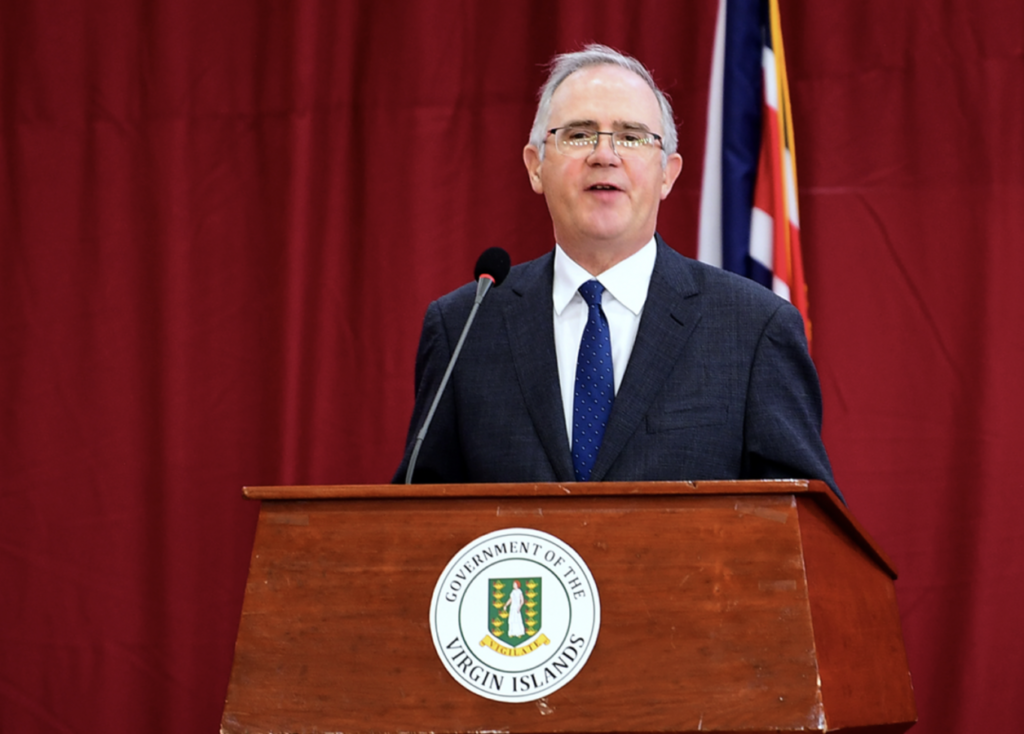 The Whistleblower Act 2021 who went through the House of Assembly (HOA) this month could be in danger of not receiving immediate approval from the governor who must approve all bills for them to become law.

The legislation aims to allow individuals to disclose information about the corrupt practices of others once it is in the public interest. In addition to rewarding those who make these disclosures, the bill would also provide protection against the victimization of whistleblowers.

But it remains to be seen whether the bill will be met with the assent of Governor John Rankin, given his expressed reservation that the bill, as originally drafted, would undermine other established government roles.

The governor made the claims after being invited to write to the Commission of Inquiry (COI), outlining his position on good governance and how it is applied to BVI.

In his statement, Governor Rankin said the powers vested in the Auditor General and the Complaints Commissioner strengthen the system of good governance and accountability of the BVI.

He argued that further reinforcement would be provided by both the whistleblower legislation and the integrity in public life legislation; adding that in principle these are welcome legislative texts.

However, he expressed his deep concern that, in their initial drafting, “these two pieces of legislation would undermine or infringe on the powers of the Auditor General, the Complaints Commissioner and even the Director of Public Prosecutions (DPP) “.

According to the governor, such legislation risks weakening rather than strengthening good governance if it is not amended. Moreover, he said, the effectiveness of such legislation will ultimately depend on the extent to which it is properly implemented and enforced.

The governor did not mention which aspects of the legislation violated the powers of the Auditor General, the Complaints Commissioner or the DPP.

Notably, however, the whistleblower legislation was presented to the public for wider consultation and received amendments before being passed in the House. It has not been said what these changes are.

It’s not the first time the governor threatened to hold back sanction of a bill. In fact, the two bills were among several others that Governor Rankin mentioned in his position paper as legislation that was unsuitable for him, given their potential to violate other already established conventions.

The governor also targeted the general contractor legislation, describing it as “of dubious necessity”.

When presenting his position to the IOC, Rankin said: “At a minimum, it (the General Contractors Bill) should be overhauled (a) to similarly avoid cutting through independent institutions and existing accountability mechanisms and (b) stipulate a meeting. and a withdrawal system for the general contractor that offers clear independence.

During this time, Governor Rankin is also not the first British administrator to refuse the assent. bills that have been passed in the House.

Former BVI Governor Augustus Jaspert has notoriously refused his assent to the much-vaunted Cannabis Licensing Act months after it was passed in the House. He cited the need for local authorities to work with the UK Home Office to put the bill into effect.

Copyright 2021 BVI News, Media Expressions Limited. All rights reserved. This material may not be published, broadcast, rewritten or distributed.