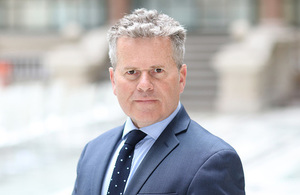 #TurksandCaicos, November 30, 2021 – “I want to be clear from the start; this bill will in no way have an impact on families or individuals who wish to enjoy the beaches of the Turks and Caicos Islands. This was Prime Minister Washington Misick’s response to the public outcry over the new Beach and Coastal Sale Bill.

The bill, tabled in parliament last Monday, had several sections of concern to TCI islanders and Premier Misick sought to explain in an exclusive interview with Magnetic Media.

He first addressed the issue of permits for special events on the beach, assuring islanders they were not ousted, he said.

“This bill in no way prevents anyone from enjoying the beach in public … A special event has nothing to do with a family wanting to have a picnic on the beach … Once the regulations will be public, you will see it. “

He did, however, have a reminder for the Islanders.

“The beach is a public good and it needs to be regulated. If everyone is allowed to do whatever they want on the beach, no one will be able to enjoy the beach.

Responding to allegations that the bill resulted from the imminent arrival of Carnival Cruise, the Prime Minister stressed that the BThe evil was to protect the islanders and TCI’s resources.

Tourism Minister Connolly also impressed the importance of the bill, reminding TCI islanders that tourism is a major source of income and that by protecting this industry everyone would benefit, he said. she declared.

“This bill is there to protect our people and our beaches. Tourism is our greatest asset, we must protect it.

In defending the policy, Missick cited issues that had been reported as saying that while the public might not be aware, he often received reports of incidents of “vagrancy and disbelieving behavior.”

“We are getting reports of people walking on the beaches waking people up from their naps and trying to sell them stuff… Worse yet, we are getting reports from the Grand Turk Cruise Center that there have been incidents of sales of people drugs, alcohol and prostitution and we can’t have that… So of course it’s about protecting the tourism industry, but all TCI islanders benefit from tourism, you can’t disconnect from each other.

In response to the reorganization of suppliers from their current positions, Minister Connolly said the new facilities were an “upgrade” and that arrangements were in place for each approved supplier on Providenciales and Grand Turk.

Misick assured the islanders that traffic and tourism revenue would not decrease at the new locations.

“When there is a group of businesses that are similar or ancillary to each other, they end up nurturing each other, which improves people’s capabilities. “

Connolly also promised that the actual process of licensing and securing space in these areas would go smoothly.

“We make it easy for our employees, you complete your application… and we make sure it is processed quickly. “

The licensing body that will have the authority to approve, revoke and suspend licenses will each include a person from the police force, DECR, the planning industry, the naval bureau and the revenue department. There was no mention of a representative from the Vending community.

The bill mentioned that there would be a specific number of vendors in the designated areas. When asked if the number cited would be sufficient for the request, the Prime Minister responded.

“There will always be a shortage… but the key is to have things properly organized and opportunities for people who bring different skills and products. He also mentioned that they are working to create even more spaces for suppliers.

The Prime Minister said this bill would prevent vendors from having other “fronts” for them. He rejected any concerns that the application process would be delayed by conflicts of interest or “family ties”, expressing full confidence in TCI’s audit system.

The enforcement of these regulations would be ensured by the new beach patrol which would be trained and assisted by the police and would have the power of arrest. The tourism minister dismissed concerns over staff, saying they were in the process of training and shortlisting candidates.

The Beach and Coastal Vending Bill 2021 will enter the debate phase on Tuesday, November 30, the Prime Minister invited islanders to attend and listen for themselves.