Governor Sisolak’s State of the State Address Will Be Held – Where Else? – Allegiant Stadium on Wednesday 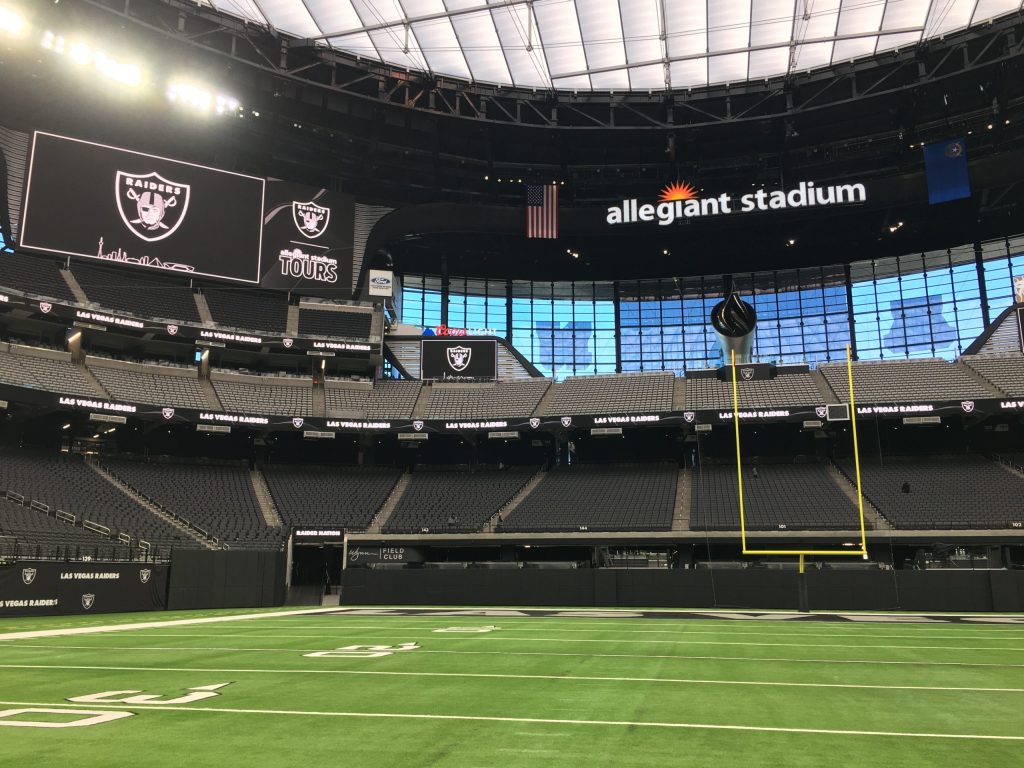 By Alan Snel of LVSportsBiz.com

It’s an NFL stadium and Las Vegas’ favorite plaything, the place politicians like to use both as a stage and as a backdrop for talks and publicity.

It was the Raiders’ Allegiant Stadium, enlisted by the Las Vegas Chamber in January and even U.S. Senator Jacky Rosen, who spoke about touring the stadium’s gridiron midfield nearly a month ago.

And now, one of Allegiant Stadium’s biggest cheerleaders — none other than Gov. Steve Sisolak — plans to deliver his state of the state address at the stadium Wednesday at noon.

The stadium has been occupied in addition to serving as home ground for the NFL Raiders and the UNLV football team. There have been concerts, a wrestling entertainment event, and college football games like the Las Vegas Bowl and the Pac-12 Conference Championship Game.

The stadium also hosts a wide variety of group and corporate events. Even Topps Baseball Cards held an event Nov. 17 at one of the swanky clubs inside the 62,000-seat domed stadium.

The fact that Sisolak is giving his annual speech inside the stadium comes as no surprise. As a former chairman of the Clark County Commission, he was passionate about the subsidized stadium, even tossing small footballs to union workers to be the hard hats on the stadium construction site.

The stadium is on the west side of Interstate 15, within walking distance of Mandalay Bay and the Strip on the east side of the highway. What made the record public subsidy for an NFL stadium a political reality was that a Republican Governor, Brian Sandoval, and a Democratic Governor, Sisolak, were very supportive of public money being spent to help build the site.