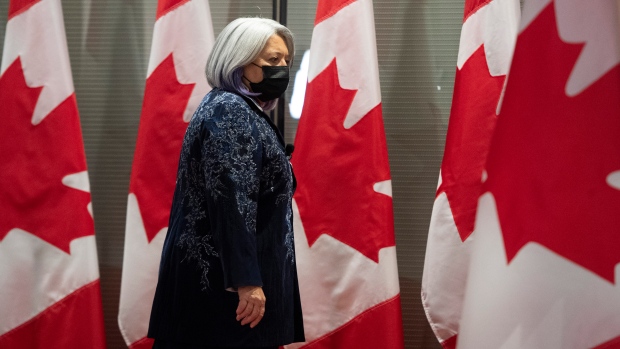 OTTAWA –
The office of Secretary to Governor General Mary Simon said there had been “unauthorized access to its internal network”, with the extent of the violation still under investigation.

According to a statement released Thursday morning, the Office of the Secretary to the Governor General (OSGG) is working with the Canadian Center for Cyber ​​Security on the investigation and “has taken immediate steps to strengthen its network.”

Ian McCowan is Simon’s secretary, taking office in February 2021 after serving as Deputy Secretary to the Cabinet at the Privy Council Office (PCO).

OSGG also spoke to the Office of the Privacy Commissioner about the breach, swearing that protecting the privacy of those who work and interact with the Office is “a priority.”

In a separate statement, the Communications Security Center (CSE) and Cyber ​​Center confirmed that they were investigating the “recent cyber incident,” but did not comment on any details such as the extent of the breach. or when it was discovered.

“We are working closely with the OSGG to ensure that robust systems and tools are in place to monitor, detect and investigate potential threats, and to neutralize threats when they arise,” the statement said. “Cyber ​​threats can result from system or application vulnerabilities, or from deliberate, persistent and targeted attacks by outside actors to gain access to information. “