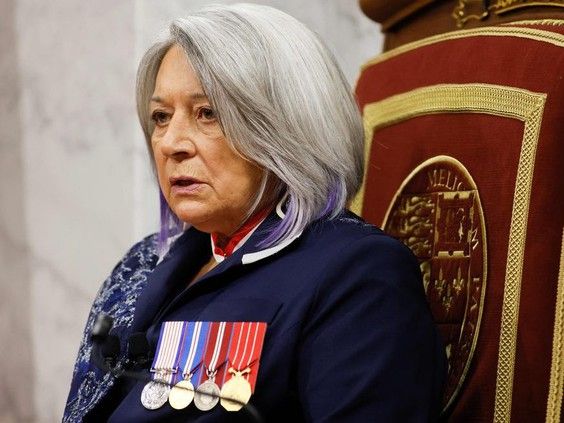 The tally of receipts has prompted Canada’s Department of National Defense to revise previously released figures for the Governor General’s infamous $93,000 in-flight catering tab during the Vice-Regal’s flight to Expo 2020 in Dubai. earlier this year.

In a statement on Thursday, DND said the calculation of the figures brings the meal bill for Governor General Mary Simon’s March 16-24 trip to the Middle East to $80,367.19.

“This amount includes meals, delivery and catering management until the flight,” the statement said, explaining that the CAF does not pay for in-flight alcohol that can be served on board Royal Air Force aircraft. Canadian.

This $80,000 tab, the statement explains, included “three dinners, three breakfasts, two lunches and various snacks for the 29 passengers plus 17 crew members, including flight crew and security personnel” – as well as delivery and handling.

“While we strive to minimize meal costs at all times, catering services are only available from certain providers defined by various airports and local authorities, with costs set by those providers,” the statement explains.

A DND source speaking on the background described the previous figure of $93,000 as an estimate.

Earlier this week, the National Post revealed answers to soap opera questions submitted by Tory MP Michael Barrett claiming that Simon and his 29 passengers used $93,117.89 in onboard catering services during his March 16 to March 24 trip to Expo 2020 Dubai.

Longstanding government policy, along with security concerns, prohibits both the Prime Minister of Canada and the Governor General from flying for commercial purposes.

Getting senior officials and dignitaries from point a to point b is the job of the Royal Canadian Air Force — 437 Squadron based at CFB Trenton handles long-haul and foreign travel from the Prime Minister to using a fleet of CC-150 Polaris transport aircraft, essentially military versions of the venerable Airbus A310 jetliner.

For shorter or less publicized trips, VIP transportation is provided by members of 412 Transport Squadron based at Ottawa International Airport aboard one of four Bombardier CL60 Challenger business jets.

The flight deck and cabin crews on board both aircraft are made up of members of the Canadian Armed Forces.

“This is generally a very economical way to provide in-flight meals, but is limited to flights departing from Ottawa,” the statement said.

Other flights listed in the response to the soap opera include the prime minister’s March 5-11 trip to Latvia, Germany and Poland, where the 60 passengers aboard CANFORCE ONE used $57,401.56 in catering in flight.

Defense Minister Anita Anand’s Feb. 14 trip to the NATO defense ministers meeting in Brussels generated a catering bill of $2,498.62 for her and eight passengers, about a week after her returning from a separate three-stop European trip that saw nine passengers use up $1,396.22 in catering costs.

Only one flight in the data – a round trip on April 8 the same day to Hamilton, Ontario. carrying the Prime Minister, Deputy Prime Minister Chrystia Freeland and various staff – resulted in zero catering costs.

Sign up to receive the best daily stories from the National Post, a division of Postmedia Network Inc.

A welcome email is on its way. If you don’t see it, please check your spam folder.

The next issue of NP Posted will soon be in your inbox.