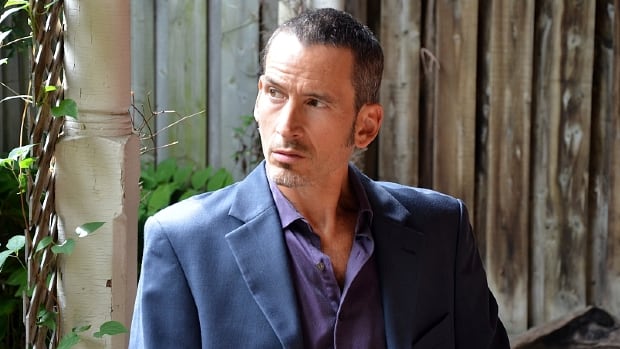 Steven Heighton, Ontario’s award-winning writer of musical poetry and widely published works of fiction and non-fiction, has died at the age of 60.

His publisher House of Anansi confirmed his death in an email to Radio-Canada Books.

“We received the news of Steven Heighton’s passing with great sadness and send our deepest condolences to his loved ones. We had the pleasure of working with Steven on both his poetry at House of Anansi and his work for the children at Groundwood Books. We are honored that so many of us have had the opportunity to know Steven and interact with his writings,” House of Anansi said in a statement emailed to Radio-Canada Books.

“Steven was a prolific, award-winning author, poet and musician. He was also a kind friend and a real talent. He will be sorely missed.”

His other publishers Random penguin house, Bibliography and Palimpsest Press shared their condolences on social media.

The Kingston, Ontario writer has published six books of poetry, beginning in 1989 with the provocative title Stalin’s Carnival. It quickly won the Gerald Lampert Prize for Best First Book and established him as a new and exciting voice in Canadian poetry.

“Steven Heighton introduced a new basis in Canadian poetry: an approach to traditional formal rigor that was entirely original and personal,” said poet AF Moritz when Stalin’s Carnival was reissued in 2013.

“It became the seed of what is most genuinely experimental and ever-seeking in new Canadian poetry.”

Heighton published a second collection of poetry in 1994, The ecstasy of the sceptics, but began publishing more of his fiction during this decade. His first short fiction book, Emperor flight paths, was a Trillium Prize finalist and has been described by The Globe and Mail as “a young Ondaatje, a superb craftsman at home in foreign places and distant times”.

An interest in foreign places and languages ​​is evident in much of Heighton’s work. He grew up reading classic British and American literature, spent his youth traveling, lived for a year in Japan, and then developed a passion for poetry translation.

His fifth book of poetry, The awakening comes late, is inspired by literary ancestors like the German-Jewish writer Paul Celan. The collection is a dark, somber reflection on the state of the world and the struggle to have hope for its future. He won the 2016 Governor General’s Literary Award for Poetry.

“Some of the poems in this book are translations by other poets. I call these translations ‘approximations,'” Heighton said in a 2017 interview with CBC Books.

“Every time you set out to translate a great poem, you sign up for a master class with a great poet. It enhances your own poetry. It brings insights that you might not have found on your own. same. It’s an enrichment process.”

LISTEN | Steven Heighton on The Next Chapter:

Steven Heighton answers Proust’s questionnaire. His most recent novel is “The Nightingale Won’t Let You Sleep”. 4:38

Heighton later published the memoirs Reach Mithymnaa finalist for the Hilary Weston Writers’ Trust Prize for Nonfiction 2020. The book begins in the fall of 2015, when Heighton makes the sudden decision to go to Greece and volunteer to help with the Syrian refugee crisis unfolding on its shores. Once there, he found himself working in a transit camp offering support to refugees who had recently made the arduous journey across the sea from Turkey.

“When trying to follow rough directions, the anxiety that you might have missed a turn or exceeded your target slows down the time of a quantum crawl. A 10-minute walk, especially in the dark, can feel like an hour when you scan both sides of the road with fading confidence,” Heighton writes in Reach Mithymna.

“That anxiety feels a lot like total panic when you’re trying to guide 60 freezing, starving people who have already had to be rescued once tonight.”

Some of Heighton’s other publications include poetry books The address book, patient framework and Selected Poems 1983–2020, and the novels The Shadow Boxer, Afterlands and The Nightingale won’t let you sleep. His books have been translated into 10 languages.

Heighton was an aspiring songwriter before he started writing poetry. He eventually fell in love with words over melodies and became obsessed with mastering poetry and fiction.

“It all started with songwriting,” he said in a 2021 interview with CBC Books.

“That’s an important point, because what critics and readers have talked about over the years is that there’s a musical dimension to my poetry. That’s partly because once I stopped writing songs, it’s almost as if poems were always songs, in the sense that they had to make their own musical accompaniment. By no longer writing melodies to accompany the lyrics, I put healthy pressure on the lyrics to make their own music.

In recent years, Heighton has returned to his roots in music releasing the album The devil’s share.

height overas well as Canadian poets Canisia Lubrin and Louise Bernice Halfe, was part of the 2021 jury of the CBC Poetry Prize.

The news of Heighton’s death sent an outpouring of grief and love on social media. Stories of his kindness reveal that Heighton was more than a great writer, he was a beloved member of the Canadian writing community.

“I am personally indebted to him for kick-starting my publishing career by passing my first stories to his publisher – unbeknownst to me. A glass of fine whiskey is up to you tonight, my friend.”

“When I was just starting out 20 years ago, he used to call me out of the blue every couple of months or so and quote me a poem. I had to name the poem. He wanted to surprise me. J loved it. And him.”

The LCP is saddened to learn of the passing of Steven Heighton, LCP member and celebrated poet. We send our deepest condolences to all who knew and loved him.
In his memory, we share his poem from the 2020 Poem In Your Pocket collection. pic.twitter.com/L6FgHzkWCQ