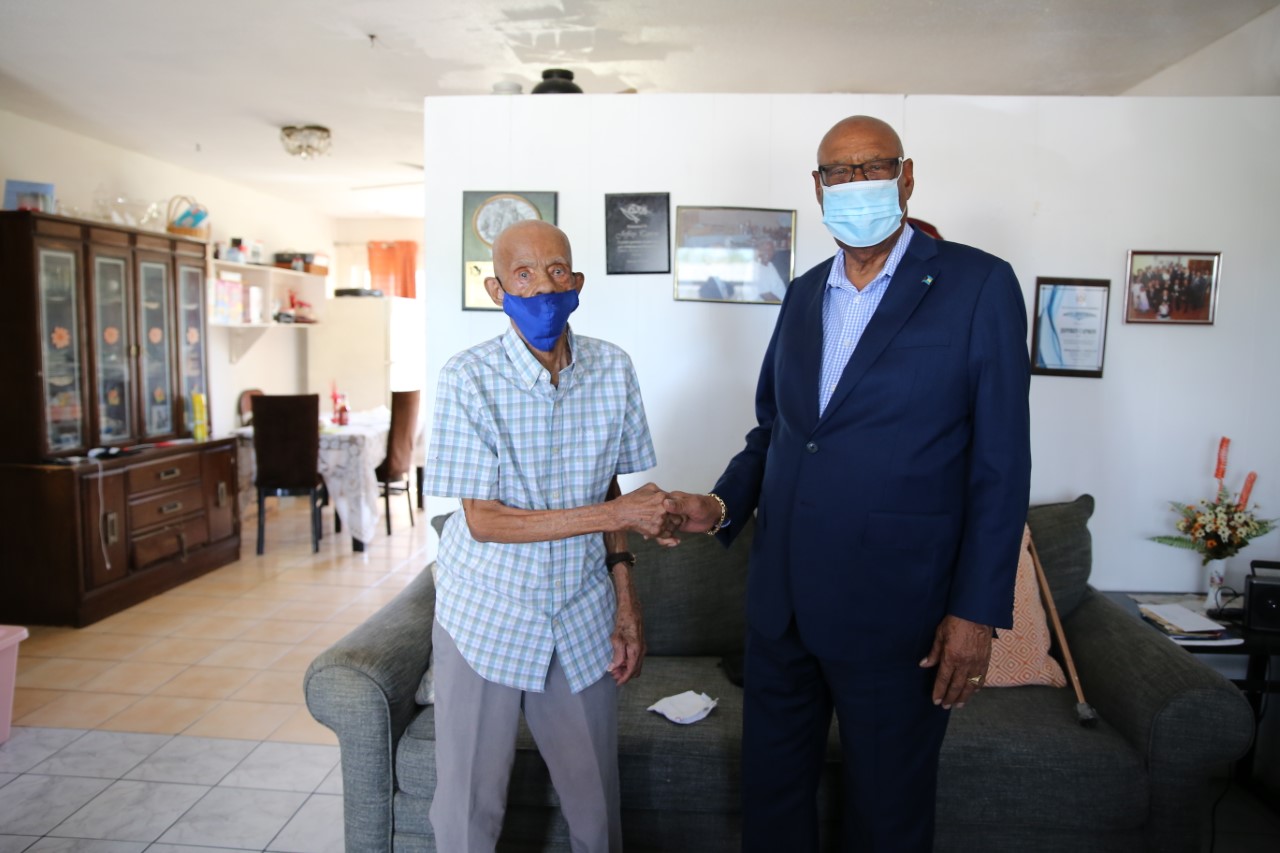 FREEPORT, GREATER BAHAMA – Governor General of the Bahamas Sir Cornelius A. Smith visited Jerry Capron, 107, at his home on Sunday to commemorate this milestone.

Sir Cornelius presented Capron with a fruit basket and a letter in recognition of the special occasion.

Additionally, he said, Queen Elizabeth II will also write a letter and it will be delivered once Government House receives it.

The statement read: “An alert, Mr. Capron pointed to this picture of the Queen proudly displayed on his coffee table, grateful he knew who Sir Cornelius was talking about.” Pointing to a framed letter from then-Prime Minister Perry Christie from 2014 hanging on the living room wall, the Governor General said it was rare for a person to have letters from the Queen, the Governor General and the Prime Minister. He said these were items he could share with his children and grandchildren.

The statement continues: “Sir Cornelius asked Mr. Capron a few questions, including what he did while growing up. With the help of his grandson, Mr. Capron said he worked at Pineridge Lumber Yard and later as a security guard. Before leaving, Mr. Capron entertained the Governor General with an impromptu melody on his harmonica.