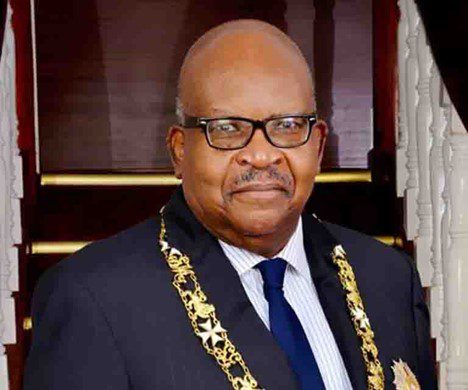 Governor-General of Sr. Kitts and Nevis Sir Tapley Seaton has rejected a demand by six lawmakers for Prime Minister Timothy Harris to be impeached as the split in the ruling coalition’s Team Unity government takes another turn.

Deputy Premier Shawn Richards said a joint statement would be released later Thursday by the six elected representatives of the National Assembly.

“I wish to inform you that under our Constitution no such power belongs to the Governor-General, and therefore I am unable to grant your request,” he said in the statement. short letter.

Last month, in a previous response to legislators, the head of state had indicated that he was waiting for “a formal opinion” on the situation and that he would “get back to you as soon as possible”.

The PLP controls two of the nine coalition government seats, with the other two seats in the National Assembly belonging to the opposition St. Kitts Nevis Labor Party (SKNLP), which has already called for new general elections to put an end to the crisis within the government. .

Last month, disgruntled coalition members announced they had tabled a motion of no confidence in Prime Minister Harris.

Harris himself called on the public to be aware of “some reluctance in the public domain regarding the issues raised by the partners of Team Unity.

Brantley argued that Premier Harris does not have the support of a majority of Cabinet members, adding that, based on legal advice, the Governor General “has, in fact, the power to act and we so we invited him to do so then.”

Richards had also indicated that lawmakers would follow “the rule of law and the Constitution” adding “we will leave our fate in the hands of the people”.

When a motion of no confidence is tabled, the President of the National Assembly is required to schedule a session of parliament within 21 days for the motion to be debated.