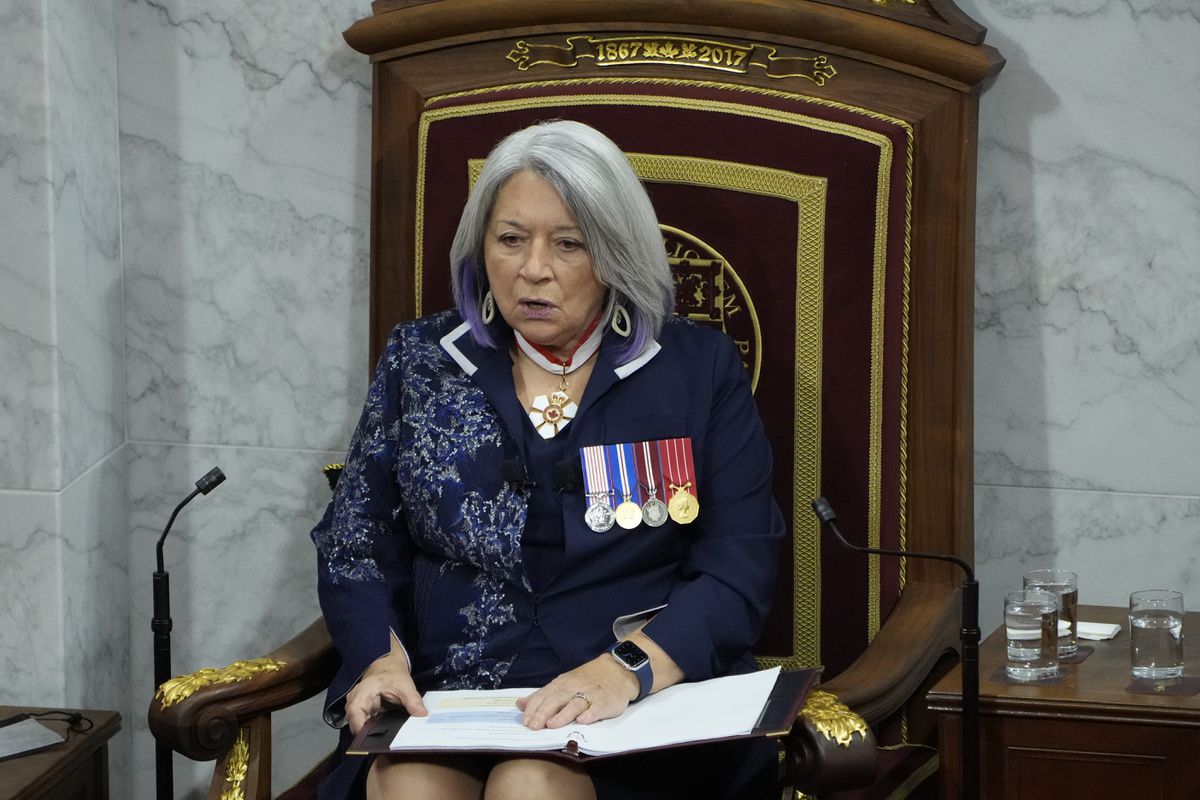 Mary Simon’s tour of the Nunavik region of northern Quebec this week marks the first time she has paid an official visit to the region where she grew up since being appointed to the viceregal office in July 2021.

The five-day trip is expected to include visits to four schools as well as youth groups, underscoring one of the priorities Ms Simon has set for herself during her tenure to promote the education and physical and mental health of young people.

Although Ms. Simon’s inability to speak French has been controversial – prompting hundreds of complaints and an investigation by the official languages ​​watchdog – her fluency in Inuktitut is an asset to this particular tour.

“It’s very rare that we have government officials who know the North, who the Inuit are, what their culture is, what their language is,” said the communications coordinator.

Simon’s visit to the northernmost part of the province comes just days after she met with Quebec Premier Francois Legault, who told reporters she still had “work to do” to improve her French skills.

Ms. Simon said she was determined to learn French on the job, but was denied the opportunity to do so when she attended a federal day school in her youth.

She and her siblings attended the federal day school in Kuujjuaq, then called Fort Chimo. She was homeschooled by her father after 6th grade.

Ms. Simon, 74, has been a leader in the North for four decades. She was president of Makivik Corp., the Nunavik land claim organization, and Inuit Tapiriit Kanatami, the national Inuit organization.

On her first day in Kuujjuaq, Ms. Simon is to meet with representatives from Makivik, the Kativik Regional Government, the Nunavik Regional Board of Health and Social Services and the school board before sitting down with the mayor and the board.

Ms. Simon will visit a new centre, scheduled to open next year, which will include a family hospitalization program. This approach was rewarded in March with an Arctic Inspiration Prize worth $1 million.

Ms. Simon plans to meet with Inuit leaders and local elected officials, meet with elders and participate in cultural celebrations throughout the week.

Ms. Simon is well known for her role in the negotiation and implementation of the James Bay and Northern Quebec Agreement between the Cree and Inuit of northern Quebec, the provincial government and Hydro-Quebec in 1975.

Pita Aatami, President of Makivik Corp., said in a statement when Ms. Simon was named Canada’s next Governor General: “In Nunavik, we all know our new Governor General as Mary.

Our Morning Update and Evening Update newsletters are compiled by Globe editors, giving you a concise summary of the day’s most important headlines. register today.