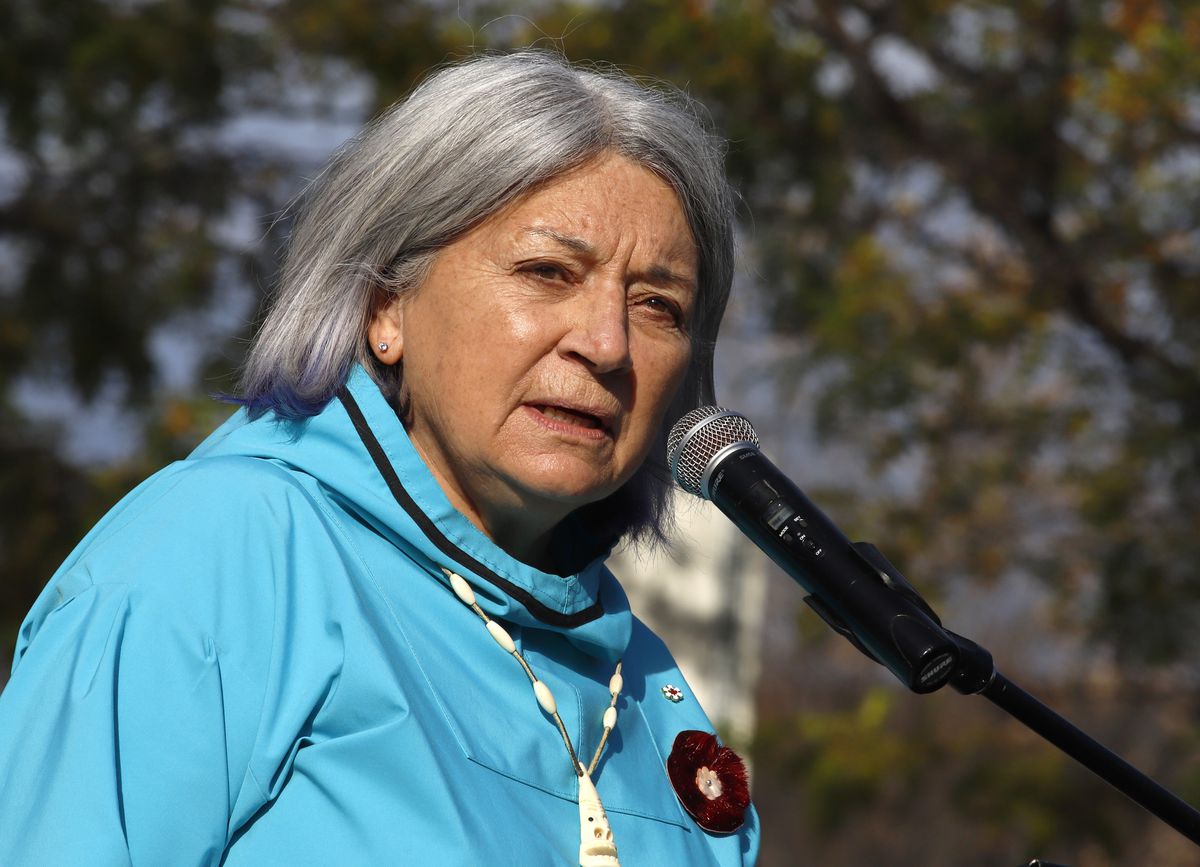 Canada’s first Indigenous Governor General, months after being appointed to the position, asked government officials to describe what departments were doing to enable First Nations to move away from the Indian Act.

Mary Simon, an Inuk leader, diplomat and negotiator, was sworn in last July as the country’s 30th Governor General.

His appointment as the first Indigenous person to hold the position made history and came at a time when Indigenous and non-Indigenous communities alike were reeling from the discovery of hundreds of unmarked graves at former residential school sites. .

Ms. Simon, who was born in Kangiqsualujjuaq in the Nunavik region of northern Quebec, has made advancing the country’s reconciliation with Indigenous peoples a priority.

A glimpse of what it looks like behind the closed doors of Rideau Hall was recently revealed in documents released to The Canadian Press under federal freedom of information legislation.

Briefing notes show that Ms. Simon met with the Deputy Minister of Crown-Indigenous Relations last August to discuss the role she could play “in Indigenous issues and reconciliation as a whole”.

“The Governor General wishes to be informed of important work underway regarding the Indian Act,” reads a briefing note prepared for one of the officials.

“Concretely, how [departments] provide opportunities for First Nations to succeed within the legislation or to deviate from it partially or totally.

Although most Canadians consider a Governor General, who acts as the Queen’s representative, to have a largely ceremonial role and must attend a variety of public events, he can also exercise “soft influence”, said said Philippe Lagassé, professor at Carleton University and parliamentary expert. .

“Not everyone just wants to be a potted plant,” he said.

“Behind closed doors, if a vice-regal representative wants to push ministers, deputy ministers, prime ministers on something, they certainly have the right to do so – that is part of the job.

What Ms. Simon may have had to say about the Indian Act — which Prime Minister Justin Trudeau has said he wants to see abolished because Indigenous leaders have long called it colonial and paternalistic — will remain a secret, given the nature of the office. .

“Consistent with their nonpartisan role, governors general do not comment on legislation,” Rideau Hall spokeswoman Ciara Trudeau said in an email.

“It is not our practice to share details of private meetings.”

She added that Ms. Simon meets regularly with people inside and outside government to discuss her priorities, including reconciliation, climate change, youth and mental health.

In terms of what Crown-Indigenous relations officials believe a Governor General can do to advance reconciliation, the briefing note says they can bring Indigenous and non-Indigenous peoples together.

“The Governor General carries out this responsibility by visiting First Nations, Inuit and Métis communities across Canada; celebrating Indigenous achievements and milestones alongside those of non-Indigenous Canadians; and drawing attention to the contributions of Indigenous peoples throughout Canada’s history.

An accompanying presentation prepared for the October meeting with Ms. Simon includes an overview of past attempts to reform the Indian Act, as well as the challenges faced by First Nations who want to move away from it and the establishment of modern treaties and self-government. Agreements.

Naiomi Metallic, a law professor at Dalhousie University who is Mi’kmaq and an expert in Indigenous law and politics, notes that Ms. Simon, being Inuk, “would have grown up in a different set of slightly different colonial circumstances than the Indians .”

For Subscribers: Get exclusive political news and analysis by subscribing to the Political briefing.