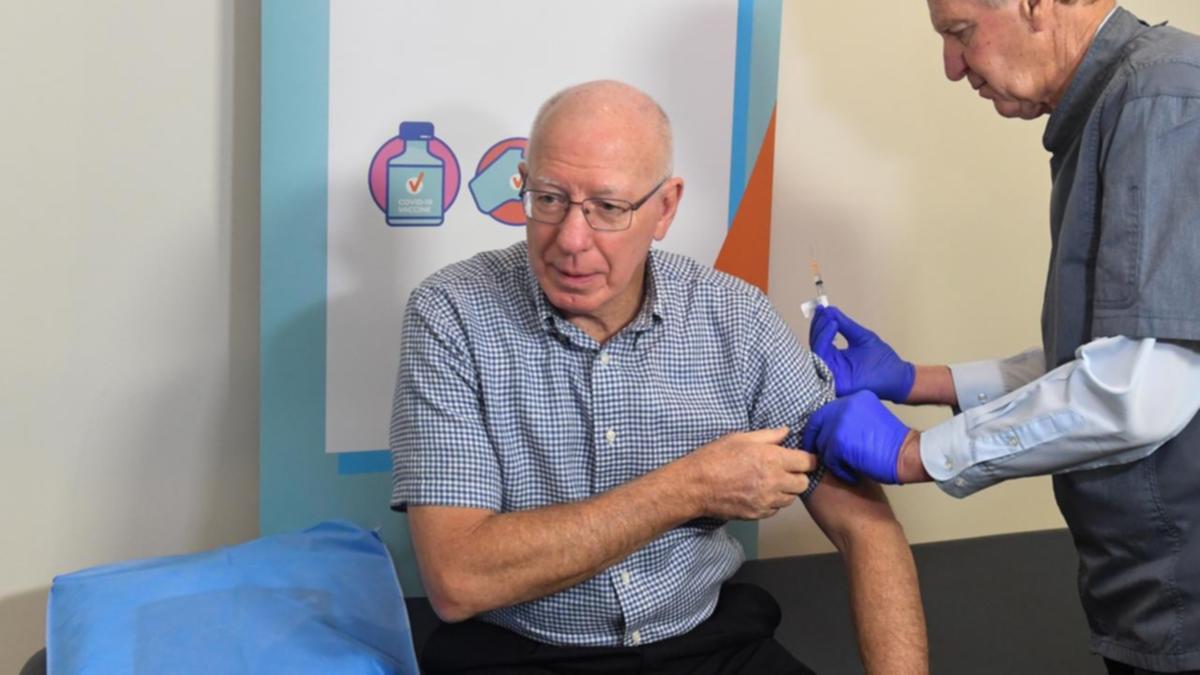 A total of 20 deaths have been recorded in New South Wales and Victoria as new cases of COVID-19 across the country due to the highly infectious variant of Omicron rose to almost 95,000.

“His Excellency has only mild symptoms,” a statement read.

“He is in isolation at Admiralty House and will continue to follow all health advice and instructions.”

The Governor General is double vaccinated and has received his recall, and will continue to perform his duties from isolation.

The latest case tally and death toll came on the eve of the final stage of the coronavirus vaccine rollout with children aged five to 11 able to receive the vaccine from Monday.

Health Minister Greg Hunt said there would be more than enough vaccines available for the 2.3 million children eligible for a vaccine with three million doses available in January.

“We want to encourage all parents to bring their children between now and the end of January to protect them and help protect the community,” Mr Hunt told reporters in Canberra on Sunday via video link.

“I am aware and delighted that some practices and pharmacies have already started, that they have received their vaccinations, that they have started the program and I think that is great news.

But Opposition Leader Anthony Albanese said parents were worried because they couldn’t get appointments for their children.

“It’s a major problem. We have to make sure it’s resolved. And this government had a lot of time to prepare, to make sure the supply was right,” he told reporters at Ingham. , Queensland.

He said this led to Queensland’s decision to delay the start of the school year by two weeks.

The latest vaccine launch came as NSW recorded another 30,062 cases of coronavirus and its highest death toll since the start of the pandemic, with 16 fatalities.

However, while the number of daily infections is staggering compared to the impact of previous variants, Mr Hunt said severe disease was relatively low.

“We have seen very low rates of serious illness, as evidenced by the fact that around half a million cases in the last month, we have seen the number of people on ventilators increase from 54 to 76 since December 15 “, Mr. Hunt told reporters. in Canberra on Sunday via video link.

Deputy Chief Medical Officer Michael Kidd said fortunately most Australians aged 12 and over have been vaccinated with at least two doses of the COVID-19 vaccine, which has changed the severity of infection for many people.

But he warned that with the increase in the number of cases that have been seen over the past week in many parts of the country, it is likely that many more people will test positive for COVID-19 over the coming days. and weeks to come.

“If we are infected with COVID-19, many of us will have no symptoms, some of us will have mild symptoms that can be managed at home, and a very small number of us will require medical care or hospitalization,” he told reporters. .

As such, he urged people to prepare at home with a supply of paracetamol or ibuprofen and to have plenty of fluids on hand if they pick up the virus.

“It’s important to be prepared because you won’t be able to go to your supermarket or pharmacy if you are diagnosed with COVID-19,” Professor Kidd said.