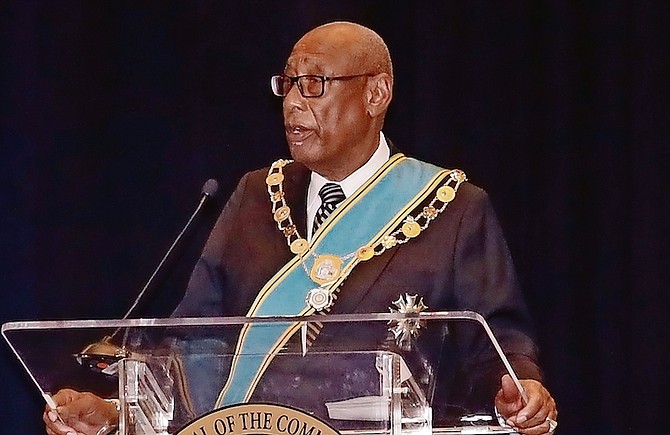 GOVERNOR-General Sir Cornelius A Smith has been released from Doctors Hospital and is now “resting comfortably” at home, according to a statement from his office.

Sir Cornelius, 85, was discharged from hospital yesterday, nearly a week after being admitted to the facility after feeling unwell during an official visit to Eleuthera.

According to press secretary Clint Watson last week, Sir Cornelius was flown from Eleuthera to New Providence last Thursday after suffering what is believed to be heat exhaustion.

“From all indications and early assessments, it appears that the Governor-General may have suffered from heat exhaustion,” Mr Watson said last week.

“According to Governor General’s Secretary Jack Thompson, they were in Eleuthera on official business. They attended a “grand” ceremony at PA Gibson Elementary School in North Eleuthera and took pictures outside after the event.

“His Excellency complained of not feeling well. He was taken to the local clinic and seen by a doctor, who advised him to see a doctor.

“Her Excellency was flown to Nassau and taken by ambulance to Doctors Hospital. Throughout the ordeal, he was awake and conscious.