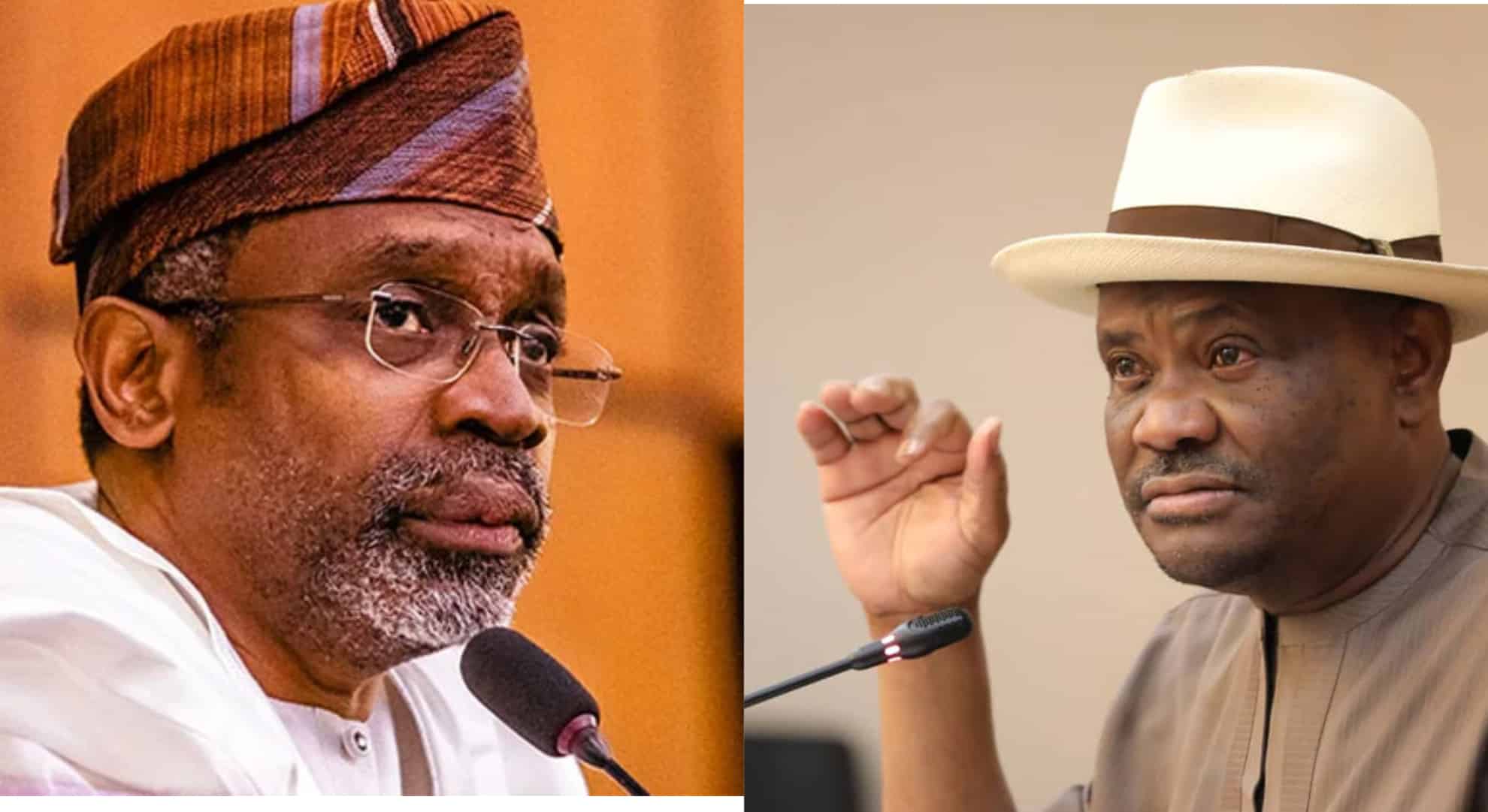 Speaker of the House of Representatives Femi Gbajabiamila responded to Rivers Governor Nyesom Wike’s statement, promising to “suffocate” some people.

Naija News reports that Gbajabiamila responded to the statement on Friday when he inaugurated the official quarters for members of the House of Assembly in Rivers.

Wike had invited Gbajabiamila to unveil the legislative quarters built by his administration.

Gbajabiamila who said he had to cut short his vacation in the United States during the inauguration, then encouraged the governor of the river state to go ahead and stifle whoever he wants.

He also courted the Governor of Rivers State, adding that he was “destined” to join the Congress of All Progressives (APC).

“Let me begin by thanking the Governor, my friend and brother for a long-known confession that you plotted against me. It’s the irony of life and indeed a very interesting twist of fate, that those he sat down with to plot against me are the same people who sat down together at your primary to plot against you. So the conspiracy is not necessarily a novelty in politics, but what is constant is that in politics, there are no permanent enemies, there are no permanent friends, but what you have a lifelong interest. And by the grace of God, the one that you have started, the journey that you have started and that you and I both know will be permanent. Please choke them. I said smother them.

Over the past few days, the governor, who is a member of the People’s Democratic Party (PDP), has been welcoming APC members, inviting them to inaugurate projects in the state.