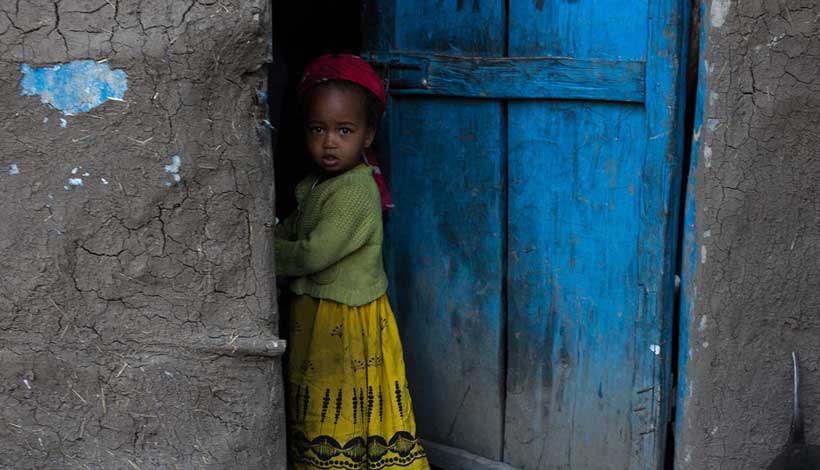 Russia is preparing to bring together African leaders, regional economic blocs, business and civil society for the upcoming summit in Addis Ababa, and it will see another round of glittering speeches reiterating Soviet-era aid to Africa, outlining a broad roadmap indicating possible sectors for investment in Africa. As traditionally, the summit will be characterized by the publication of a joint statement and finally the signing of new bilateral agreements with African countries.

Foreign Minister of the Russian Federation Sergei Lavrov, in a message to African representatives attending the 25th St. Petersburg International Economic Forum (SPIEF) in June, explained that despite the unprecedented sanctions and the war of information launched by the United States and its satellites, Russia manages to keep the whole bilateral cooperation in working order, and in these difficult and crucial times, the strategic partnership with Africa has become a priority of the political Russian foreigner.

Russia highly appreciates the willingness of Africans to further intensify economic cooperation and expand mutually beneficial trade and investment ties under these changing new conditions, he stressed, and further offered the highly official that “the signed agreements and the results will be consolidated at the next second Russia-Africa summit.

With the rapid geopolitical changes leading to the creation of a new world economic order which is only in its exploratory phase, Russia has already shown its limited financial capacity to invest in Africa. Concretely, he did not engage in the development of infrastructure, agriculture and industry on the continent. It is still distanced from African civil society with its public outreach policy, and has yet to take advantage of the new African Continental Free Trade Area (AfCFTA).

But careful study and analysis followed by this author clearly shows that Russia has certain limitations. Its external economic footprints are relatively small, policies hardly promote its model of new economic models. The economic component is however the most important, Russia needs a more comprehensive geo-economic roadmap, strategically used or integrated into the broad spectrum in Africa. What Russia has can be described as ministry-to-ministry relationships.

Beyond this trend, Russia should be highlighted in economic sectors in Africa. It must project an irreplaceable role with its economic diplomacy as a balancing force and as a practical key player, and this should be in line with its pursuit of becoming the leader of the new world order. The geopolitical reordering of the world cannot simply be achieved by coherent critiques of the political influence of Europe and the West in their various global domains.

As Abayomi Azikiwe, director of the Pan-African News Wire, explained in his analytical article titled “Biden’s foreign policy has alienated Africa: Russia-Africa summit to convene in Ethiopia” in June, Moscow is seeking to strengthen relations with states and geopolitical regions. who have not condemned the operations in Ukraine which began at the end of February aim to “demilitarize” and “denazify” this former Soviet republic.

Many African states have refrained from abiding by United Nations resolutions attacking the Russian Federation while at the local level there have been demonstrations of solidarity for Moscow’s position. Senegalese President Macky Sall and AU Commission Chairman Moussa Faki Mahamat held talks in Sochi on June 3 with President Putin. African states face monumental crises related to economic development, climate change and food deficits. The sanctions imposed by Washington and the EU have had a disastrous impact on the import of agricultural products, writes Azikiwe in his article.

The number of bilateral agreements signed is probably not the criterion for measuring the success of influence in Africa. But, Lavrov said the two most important goals of the summit will be to sign a “memorandum of understanding between the government of the Russian Federation and the African Union on the basic principles of relations and cooperation” and a ” protocol of agreement “. agreement between the Eurasian Economic Commission and the African Union on economic cooperation. (https://www.intellinews.com/russia-preparing-for-second-africa-summit-to-build-closer-ties-as-it-pivots-away-from-the-west-247188/)

According to Abayomi Azikiwe, the holding of such a meeting between Russia and the AU in this period of exacerbated international tensions represents a disavowal of American foreign policy in Eastern Europe as well as on the African continent. There is much dissatisfaction with the failure of the United States to establish relations with AU states on the basis of mutual interests.

The Pan-African News Wire says Congress is passing an anti-Russian bill bolstering neo-colonialism in Africa. The overwhelmingly approved congressional bill would target and punish African states that have political and economic relations with the Russian Federation.

Labeled the “Countering Malicious Activities of Russia in Africa Act” (HR 7311), it was passed on April 27 by the House of Representatives by a bipartisan majority of 419 votes to 9. This legislative measure is formulated in terms generals allowing the State Department to monitor the foreign policy of the Russian Federation in Africa, including military affairs and any effort that Washington considers to be a malign influence. (www.congress.gov)

Abayomi Azikiwe, director of the Pan-African News Wire, concluded that the central foreign policy objective of the Biden administration was to keep AU states away from Moscow and Beijing. The fact that these international gatherings of a substantive nature are occurring bodes well for the future of Washington’s waning influence on the international stage.

Professor Ahmadu Aly Mbaye, an economist at the Faculty of Cheikh Anta Diop University in Dakar, Senegal, highlighted the importance of infrastructure development in Africa. That many African countries have limited access to international financing to build quality infrastructure, and that Russia, as a member of BRICS, can present new alternatives to financing African economies and facilitate better integration of Africa in the global economy, African countries feeling excluded from the international system.

In November 2021, the “Analytical Situation Report” was prepared by 25 political experts, under a program sponsored by the Russian Foreign Ministry. It was headed by Sergei A. Karaganov, Dean and Academic Supervisor of the Faculty of World Economy and International Relations of the Higher School of Economics of the National Research University (HSE University). Karaganov is also honorary chairman of the Presidium of the Council for Foreign and Defense Policy.

The report notes that the historic first summit of 2019 created a good basis for launching or inaugurating a new fifth stage of Russian-African relations. The joint statement adopted at the summit raised Russia’s African foreign policy agenda to a new level and remains the main document determining the conceptual framework of Russian-African cooperation until now.

This report was highly critical of Russia’s current policy towards Africa and even claimed that there was no coherent policy and/or consistency in the implementation of the policy at all. The intensification of political contacts is done only in order to make them demonstrative. Russia’s foreign policy strategy on Africa must specify and integrate the development needs of African countries.

While the number of high-level meetings has increased, the share of substantive issues on the agenda remains low. There are few definitive results from these meetings. In addition to the absence of a public strategy for the continent, we note the lack of qualified personnel, the lack of coordination between the various state and parastatal institutions working with Africa. Many bilateral agreements, at the highest political level, have not been implemented.

The report lists insufficient and disorganized Russian-African lobbying, combined with the lack of “information hygiene” at all levels of public speaking among the main flaws of Russia’s current policy in Africa. Under these circumstances, Russia needs to compile its various ideas for cooperation with Africa into one comprehensive and publicly available strategy to achieve greater success with Africa.

The report suggests, however, that the basis for cooperation at this level can be provided by the concept papers and ideas recognized and supported by all African countries: the approach of “African solutions to African problems” must be strictly followed, working in the framework of the African Union’s Agenda 2063 and the United Nations 2030 Development Goals.