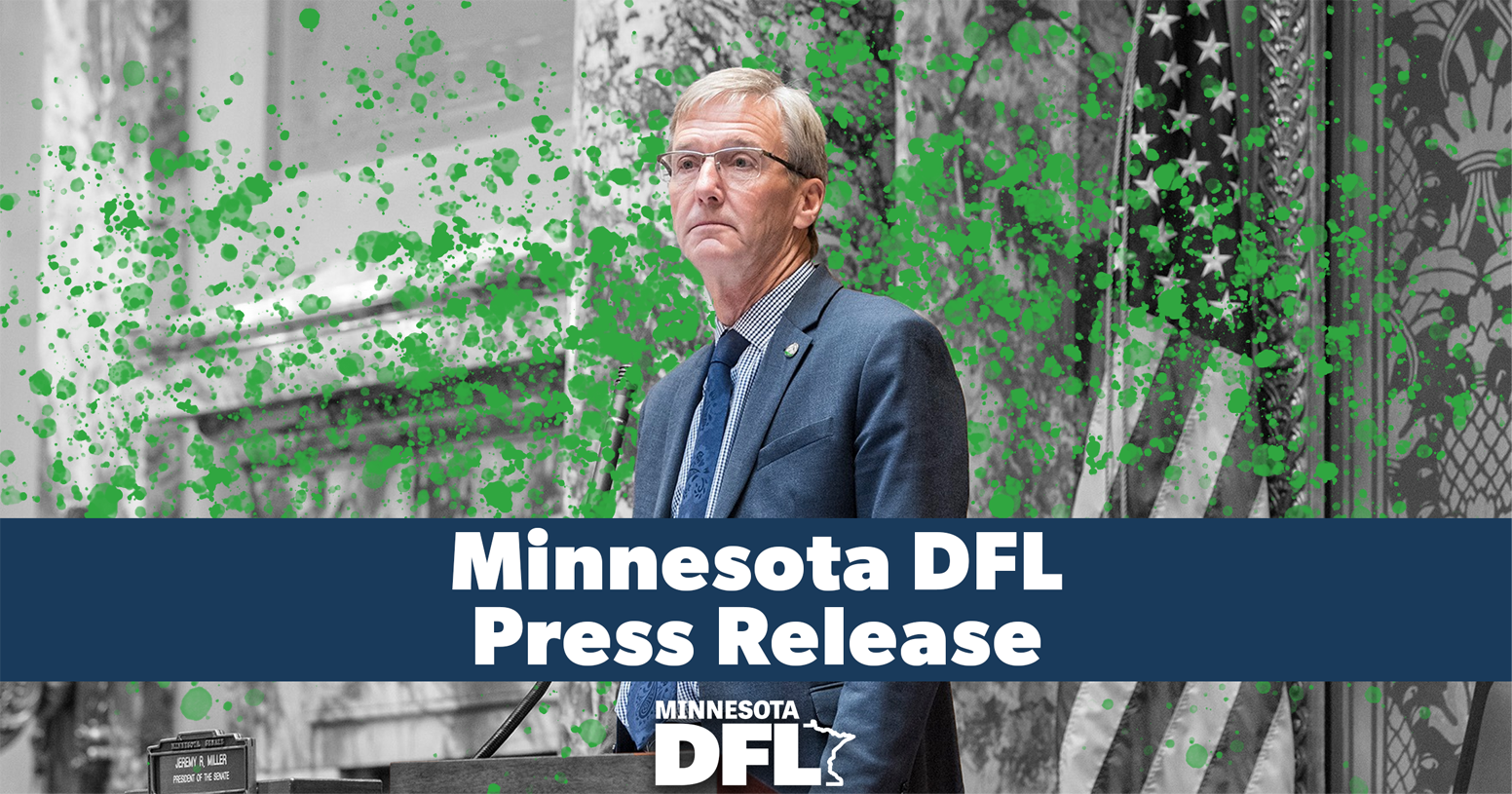 “Minnesota Republicans have chosen the most extreme and dangerous candidate to lead their party in the fall,” said Martin. “In the past two weeks alone, Scott Jensen has promised to ban abortions for rape victims and throw one of his political opponents in jail. Minnesotans want their leaders to focus on helping working families, but Scott Jensen is only interested in his far-right political agenda. This fall, voters will have a clear choice between the extremism of Scott Jensen and the responsible leadership of Governor Walz.

Last week, Scott Jensen explicitly stated that if he is successful, abortion will be illegal in Minnesota under almost all circumstances – even for victims of rape and incest. This statement is in line with his commitment to push for a “Outright ban” on abortion.

As a legislator, Jensen wrote an invoice this would have eliminated cost-of-living increases from the Minnesota minimum wage. He also introduced a bill lower the corporate tax rate by 10 percent and was one of four senators who voted against aid for restaurants and small businesses during the pandemic.

An internationally infamous anti-vaxxer, Jensen’s lies on COVID-19 Virginiaccine and the pandemic are well documented.